Indians In America Should Take All Measures For Their Self-Protection. Americans Have A Protected Right To Possess Handguns 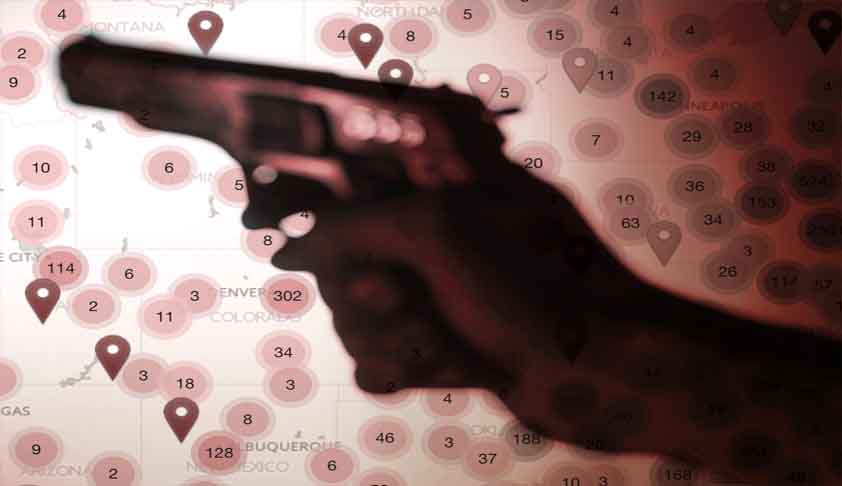 Whenever we hear about an Indian or an American or an outsider to America has become a victim to the gun shots of those Americans, our first reaction is, how come in a nation, which is considered to be the most civilized nation has the elements who resort to unmindful gun violence? As an immediate reaction to this, we tend to dwell on various aspects and finally come to a conclusion that...

Whenever we hear about an Indian or an American or an outsider to America has become a victim to the gun shots of those Americans, our first reaction is, how come in a nation, which is considered to be the most civilized nation has the elements who resort to unmindful gun violence? As an immediate reaction to this, we tend to dwell on various aspects and finally come to a conclusion that stricter handgun control laws and permitting are important to spare lives. But, this is not a solution at all as Americans have a protected right to possess handguns. No official figure exists but there are estimates of about 300 million gun holders in the US, held by about a third of the population. That is nearly enough guns for every man, woman and child in the country (BBC, 2016).

What is verifiable is that the quantity of weapon associated deaths in the United States which has the most astonishing proportion of private gun ownership on the earth, is stunning.

There were 372 mass shootings in the US in 2015, killing 475 people and wounding 1,870, according to the Mass Shooting Tracker, which catalogues such incidents.There were 64 school shootings in 2015, according to a dedicated campaign group set up in the wake of the Sandy Hook elementary school massacre in Connecticut in 2012.13,286 people were killed in the US by firearms in 2015, according to the Gun Violence Archive, and 26,819 people were injured and these figures exclude suicide (BBC, 2016).

Impelled by dint of the deaths of President John F. Kennedy, Robert Kennedy and the Rev. Martin Luther King Jr., President Lyndon B. Johnson recharged the battle for weapon control. He won the section of the Omnibus Crime Control and Safe Streets Act of 1968 and the Gun Control Act of 1968, which turns into the essential government law controlling guns (Ferrall, 2001). This Act denied every single sentenced criminal, drug clients and the rationally sick from purchasing weapons; raises the age to buy handguns from a governmentally authorized merchant to 21; and grows the authorizing prerequisites to more firearm merchants and obliges further point by point record-keeping.

The confrontation on weapon possession and control is one that has been boiling over for a long time with those on the right in backing of firearm proprietorship with no limitations asserting that the Second Amendment gives a flat out or "common right on them to remain battle ready" (Wheeler, 2001).

Really, not definitely as showed by numerous years of records investigated by the Harvard School of Public Health, weapons and law violations go unruffled like Nicholas Confine and dreadful motion pictures. Positioned fundamentally, if your kindred natives have straightforward right to use to weapons, they are further slanted to execute you than if they donotpartake entry. Remarkably, this ended up being certified not just for the twenty-six states that are investigated, yet on a State-to-State level also. Clearly, this doesnot infer that you undeniably would not get gunshot in Massachusetts—virtually as it is absolutely conceivable that you'll experience ninety years in Arizona and never feel the littlest harassing. Nevertheless, truly the example holds certifiable. Additionally, on the subject of knowledge according to the study led by the Harvard School of Public Health. These discoveries offer ascent to the requirement for weapon control laws (Morris, 2013).

Hoskin (2011) found that population density, wage imbalance, unemployment, and liquor addiction are connected with higher manslaughter proportions. Hoskin reasoned that lower levels of unemployment, and high rates of liquor abuse are connected with high rates of exasperated ambush (Hoskin, 2011, p. 132). In the wake of taking a gander at the relationship between firearm accessibility and rough wrongdoing, the examination demonstrated no backing for the "more firearms less wrongdoing" proposal and if weapons were utilized to stop wrongdoing more than they are utilized to perpetrate rough wrongdoing, then one would not hope to find that elevated amounts of firearm proprietorship are connected with more elevated amounts of murder what's more, irritated attack (Hoskin, 2011, p. 133).

As per Bjelopera et al., (2013), the choice of mass gunfire targets can be arbitrary, approximately identified with the shooter, and/or can include the executing of a relative (life partner what's more, or relatives). Regardless of the expanding number and force of these criminal acts over the previous years, mass firings remain excessively erratic and tough, making it impossible to identify or anticipate (no quick fixation) since most mass firings are executed by one wrongdoer who is regularly in a society segregated. Also, the savagery can't be well-thought-out as an unfortunate chorekind of executing as with sorted out wrongdoing savagery (for benefit) or political brutality (for philosophy). Numerous dynamic shooters appear to follow up on individual intentions connected with retaliation or with genuine mental hallucinations. On that recent point, a late review led by a weapon control backing gathering demonstrates that there was no confirmation that anyof the handlers were disallowed from having weapons under Federal regulation because of having been mediated as rationally sick or automatically dedicated for management (Mayors against Illicit Guns, 2013). In any case, a few instances of mass firings havedemonstrated confirmation that the culprits had a previous record of dysfunctional behavior and were familiar to use psychiatric administrations. This perception brings the confrontation up in weapon regulation enactment nearly who ought to be allowed license to guns.

There are two noteworthy government laws that direct gun proprietorship and deals. The National Firearms Act of 1934 confines regular citizens from possessing programmed weaponries, short-dashed shotguns, hand projectiles, and other intense arms. The Gun Control Act of 1968 spotlights on trade. It precludes mail-request offers of weaponries, and requires anybody in the matter of offering firearms to be governmentally authorized and keep perpetual deals registers. It additionally restricts purposely offering a weapon to those with former criminal records, minors, people with psychological well-being issues, and a couple of different classes of individuals.

What is clashing with Gun Control Laws is the Second Amendment. The Second Amendment says "A very much directed civilian army being important to the security of a Free State, the privilege of the individuals to keep and carry weapons should not be encroached." Does it imply that, in the 21st century, subject volunteer armies are important to secure American sway? Assuming this is the case, we are obviously new to how effective the American military is.

However, the Supreme Court did decide in 2010 that the Second Amendment reaches out to private residents who aren't in civilian armies; yet that same decision, McDonald v. Chicago, additionally found that firearm regulations are well-inside the limits of the Second Amendment.

In any event, if you think the Second Amendment denies all restrictions on weapon ownership in the U.S. despite what the situations, then you must acknowledge that sentenced executioners have the benefit to convey programmed rifles in prison. Isn't that so?

There is a discord to be made that the organization spends a copious abundance tax payer’smoney on weapons, yet that is an absolutely separate controversy from gun control.

The author is not fighting that one should outlaw weapons. The author is expressing that we should erect honest to goodness obstacles that make it more troublesome for individuals with a higher affinity for viciousness.

BBC. (2016). Guns in the US: The statistics behind the violence. Retrieved from http://www.bbc.com/

CDC. (2015). CDC data on people killed by guns in USA each year. Retrieved from https://www.cdc.gov/

Ferrall, B. (2001). Gun Violence in America: The struggle for control. Journal of Criminal

Hoskin, A. (2011). Household gun prevalence and rates of violent crime: A test of competing