Inform about implementation of ban on plastic bags: Supreme Court to States 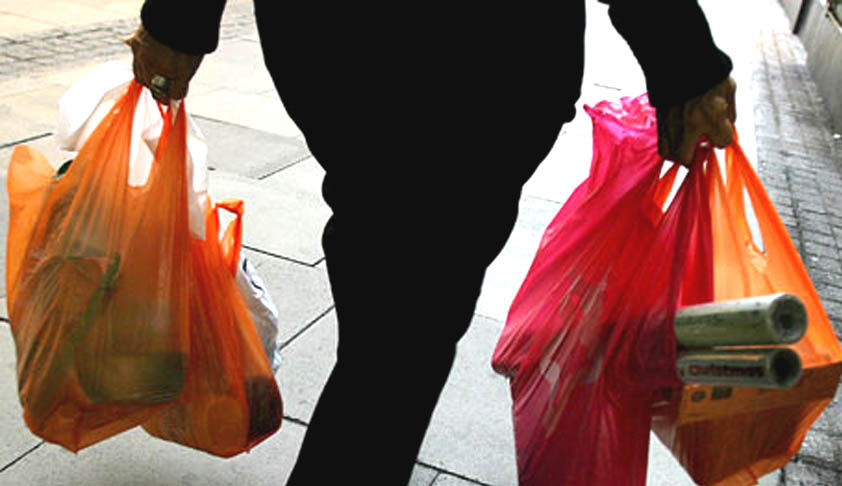 A Supreme Court bench headed by Chief Justice H.L. Dattu on Tuesday rapped the State Governments for their inaction in banning the use and manufacture of plastic bags in their States. The Bench urged the States to be compassionate about the pain and suffering of animals who consume these bags on the streets.The Bench observed, "Imagine the pain and suffering of animals. You sit in AC rooms...

A Supreme Court bench headed by Chief Justice H.L. Dattu on Tuesday rapped the State Governments for their inaction in banning the use and manufacture of plastic bags in their States. The Bench urged the States to be compassionate about the pain and suffering of animals who consume these bags on the streets.

The Bench observed, "Imagine the pain and suffering of animals. You sit in AC rooms and say that you have framed regulations. Is there any seriousness on the part of the state governments to implement the rules and laws? How much does it cost to print statute?"

"States must tell us how far they have succeeded in implementing the law. State must have some sympathy for animals," it said, adding that "it is a grim situation".

Principal Secretary of Urban Development, Ministry of Karnataka was summoned for absence of a proper waste disposal mechanism.

Additionally, a three member committee of lawyers was set up in order to visit different cities of Rajasthan, in order to monitor the implementation of the ban in the State.

The petition says, "The ingestion of plastic from plastic bags chokes the stomach of cows and as detailed below, in the Petitioners' experience, cows are filled with plastic waste at times over 50 kilos in weight. What happens to be a 'healthy' cow is in fact a 'plastic-choked cow' or a cow full of plastic."

"One of the significant contributing factors to the ill health among many species, including cows and bulls, is the gastro-intestinal injuries caused by ingestion of plastic in the form of plastic carrying bags. These bags which have been used to carry food or food-waste may contain food remnants and smell like food to animals. Animals cannot necessarily differentiate between the food and the plastic and so ingest the plastic in their quest for life-sustaining food," it adds.

The petitioners sought following the directions from the court:

* Direct Centre to issue directions to all States, to prohibit or phase out in a time-bound manner open garbage disposal system and remove open garbage receptacles

* Municipalities must segregate all plastic waste from other waste

* Direct Centre to issue directions under Section 5 of the Environment (Protection) Act, 1986, prohibiting use, sale and disposal of plastic bags in all municipal areas

* Provide animal shelters, rescue homes and veterinary services, and treat cows and other animals suffering from stomach ache due to ingestion of plastic

It also demanded that proper garbage receptacles be provided in all cities and towns covered by the Municipal Solid Waste (Management and Handling) Rules, 2000 such that waste is not exposed to the open atmosphere and stray animals are not allowed to move around the waste storage facilities.

Maintainability Of Writ Petition Against A Party That Ceases To Be "State"
Latest News
+ More
1Orissa High Court Notifies CPC (Odisha Amendment) Rules, 2022 As Introduced By Court Under Sections 122 R/W 127 CPC
2Tax Cases Weekly Round-Up: 22 May To 28 May 2022
3Undisputed Signatures On The Cheque In Itself Are Not Sufficient For Conviction Under Section 138 Of NI Act: Punjab And Haryana High Court
4Govt. Employee Has No Legal/Statutory Right To Insist For Being Posted At A Particular Place: Orissa High Court
5Order VIII Rule 1A(3) : Refusing To Permit Production Of Additional Documents Even If There Is Some Delay Will Be Denial Of Justice: Supreme Court
6Gujarat HC Affirms Regularisation Of Sweeper Working Around 8 Hours A Day For Over 30 Years
7Holding Hands Of A Child & Saying That They Are Beautiful Cannot Be Considered As A 'Sexual Assault' Under POCSO Act: Meghalaya HC
8Speedy Investigation : Karnataka High Court Sets Time Limit For Probe; 60 Days For Petty Offences, 90 Day For Heinous Crimes
लाइव लॉ हिंदी
+ More
International
+ More
1Life Imprisonment Without Realistic Possibility Of Parole Unconstitutional: Canada Supreme Court
2Is The Green Hydrogen Policy A Viable First Step Towards Power/Energy Security?
3Abortion Laws In The US And Other Countries
4Leaked Draft Judgment Of US Supreme Court Indicates Overruling Of Roe v.Wade Abortion Rights Decision
Environment
+ More
1Supreme Court Permits E-Rickshaws In Matheran As Pilot Project To Check Feasibility
2In Case Of Doubt, Protection Of Environment Would've Precedence Over Economic Interest: SC Revokes Approval For Doubling Castlerock to Kulem Railway Line
3NGT Bars Auroville Foundation From Township Construction Till Environmental Clearance Is Obtained
4Ghazipur Landfill Fire: NGT Says Dump Sites In Cities Are Like 'Time Bombs', Constitutes Joint Committee Headed By Former Delhi High Court Judge