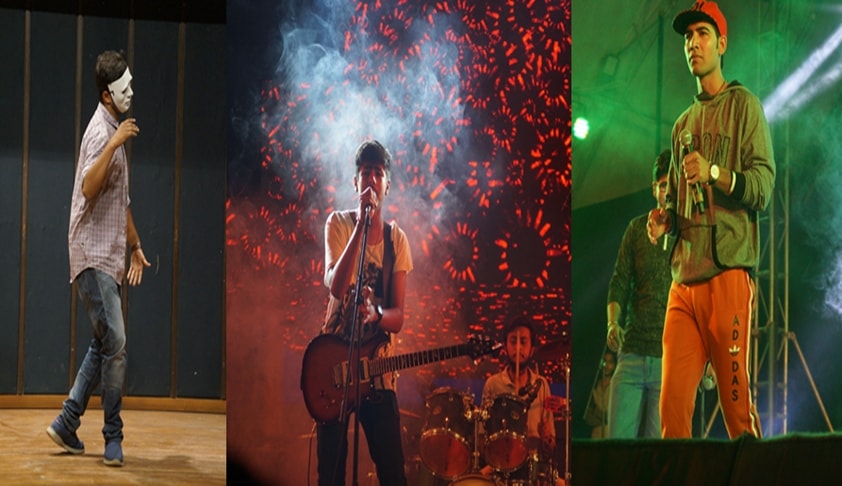 Subscription starts from
₹ 599+GST
(For 6 Months)
View Plans
Premium account gives you:
Subscribe Now
Already a subscriber?
Login
Institute of Law, Nirma University organized the third edition of VIBES – its annual national cultural and sports fest calling the talented students from all over the country to showcase their talents. It is a three day event where various events including dance, music, film festival, DJ Wars and many more. It was hosted from 3rd- 5th February, 2017 at the Institute.

The main events in VIBES were –

The first two days of the event saw the qualifying and semi-final rounds of solo dancing, solo singing, duet dancing and War of DJs. A Short Film Festival was held at ILNU on 4th February, which saw different short films and documentaries made by students. There was an overwhelming response from students through their enthusiastic performances cheering the performers. The War of DJs saw the DJing talents of many students from across the country.

A dance Workshop was also organized by the “Paranoid Dance Group” for students to help them enhance their dancing skills. Furthermore, a “Boot Camp” was organized to hone their muscular strength and win prizes for the same.

The third day of the fest saw the finale of War of DJs and along with that a performance by Nikhil Chinapa, the famous MTV VJ followed by a DJ night to sway and enjoy to the tunes flowing in the air.