Intellectual Dishonesty Is The Biggest Challenge To The Independence Of Judiciary: Senior Advocate Dushyant Dave [Video] 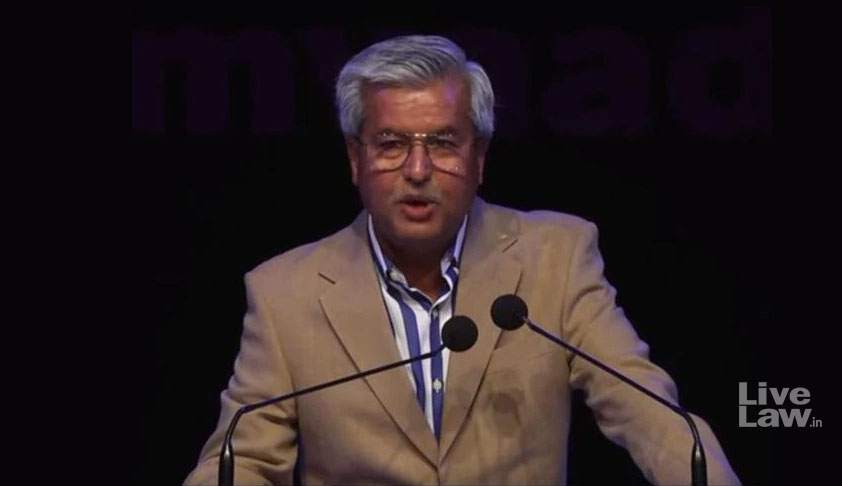 On 15 July, 2017 NALSAR Lecture Series on Constitutionalism hosted its first lecture for the academic year 2017-18 delivered by Mr. Dushyant Dave, Senior Advocate practicing at the Supreme Court of India and former president of the Supreme Court Bar Association. The topic for the lecture was ‘Independence of Judiciary and...

On 15 July, 2017 NALSAR Lecture Series on Constitutionalism hosted its first lecture for the academic year 2017-18 delivered by Mr. Dushyant Dave, Senior Advocate practicing at the Supreme Court of India and former president of the Supreme Court Bar Association. The topic for the lecture was ‘Independence of Judiciary and Judicial Appointments’.

He commenced the lecture by talking about what he considers to be one of the biggest challenges to our country: a complete absence of any love for the Constitution, at the personal or institutional level. He quoted Andrew Jackson, former president of US who said “all the rights secured to the citizens under the constitution are worth nothing and mere bubble except guaranteed to them by an independent a virtuous judiciary”. He mentioned how our Supreme Court has proved this statement to be true, in one of the “darkest” judgments in the ADM Jabalpur’s Case, when it declared that enforcement of fundamental rights including the right to move any court for their enforcement could be suspended during emergency. He believes that this unfortunate judgment of the Supreme Court underscores the need for a truly independent judiciary and consequently ensuring right judicial appointments.

According to him, judicial Independence means fair, impartial and honest adjudication guided by commitment to justice where judges are free to determine questions of law and fact without threat of retaliation. Judicial independence is one of the hallmarks of Indian constitutionalism, although it manifests in different forms. The basic form is party detachment to prevent threats to impartiality such as bribery and close kinship between judges and litigants. Another form is individual autonomy which requires the judge to be beyond constraint by collegial and institutional pressure and decide by individual conscience. More serious form is political insularity, which requires judiciary to be independent from popularly controlled governmental institutions and to do what is right and not what is popular. He then cited two contrasting examples, one decided by the Bombay High Court and the other by the US Federal Court. The Bombay High Court released the accused on bail, despite cogent evidence against them, reasoning that the victim was from minority community. The Federal Court in the US rejected an accused’s plea justifying violence against a Muslim on the grounds of sudden provocation on account of 9/11 by stating that ‘this country will not tolerate hate crimes’. He strongly affirmed that in a country like India where government is the single biggest litigant in cases involving citizen’s rights, insularity assumes great significance.

According to him, one of the main factor eroding judicial independence on account of prevailing politics is the process of appointments. He moves on to original constitutional mechanism for appointment of judges of SC and HC which required the President to consult the Chief Justice of India or other judges of the Supreme. The emphasis is on consultation with the Chief Justice because many members sought an amendment to replace the word consultation with concurrence. He mentioned how Dr. Ambedkar expressly rejected this amendment reasoning that it relies on the impartiality of the Chief Justice and soundness of his judgment. The Chief Justice is, after all a man with all the failings and sentiments that a common man has and to practically allow him to veto is really to transfer the authority to the chief justice which we are not prepared to vest in the president or the government of the day.

He mentions how the second judges case changed this consultation to concurrence and added the collegium and from 1992 the assumption of power by judiciary to appoint judges has shown to be disastrous. There are large number of outstanding judges who are not promoted if they seem against the government in power. He feels that the executive arbitrariness has now been replaced or combined with judicial nepotism, as a result large number of good lawyers have missed being appointment as judges. According to him, merit which was supposed to be the basis of selection as per the second judges case has been completely overlooked and what counts is factors like seniority and proximity of candidates to members of the collegium or being perceived to be pro or anti government.

He showed how the dissent by Justice Chelameswar and Justice Gogoi in Justice Karnan’s case are clear eye openers where in they say that apart from the embarrassment Karnan’s episode has caused to the Indian Judiciary, there are various other instances of conduct of some of the members of the judiciary which certainly could cause some embarrassment to the system.

He further talks about the tribunalisation of courts and how the tribunals are not judicious in their approach. The tribunals do not have a concept of what the law is and are incapable to developing good jurisprudence as they are headed by people without any knowledge of law. Tribunals deciding cases also means that indirectly, it is the executive that is dealing with the cases, thereby violating the doctrine of separation of powers. The challenge to the judiciary also comes from the lack of funding and the dismal infrastructure- especially in the lower courts. The judges are under-equipped and the courtrooms bear no resemblance whatsoever to how a courtroom should look. In addition to this, the judges are overburdened with cases. This problem of overburdening even extends to the Supreme Court. All these affect the independence of the judiciary.

He believes that Judges should be discouraged to act in a partisan manner. Intellectual dishonesty is the biggest challenge to the independence of judiciary. Even good judges tend to choose sides in certain kinds of disputes owing to their ideological inclinations. This makes it hard for certain sections of the society to get justice. He also emphasised the importance of accountability of judges. Independence and accountability more often than not go in opposite directions. Bridging the gap between the two is a big challenge. Criticism of judges can be effective in controlling the decision of the judges and their decisions should be open to scrutiny by the civil society. He posed a question whether independence of judiciary is a myth or a reality? He answered the same by saying that it is more of a myth than reality.