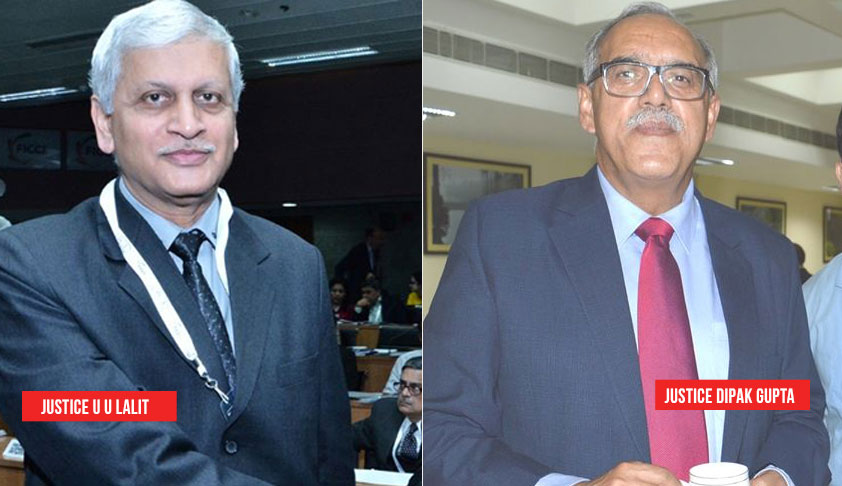 ‘A condition such as making students aware about the pendency of the matter and stating that their admissions would be subject to the result of pending litigation is not a sufficient insulation.’

The Supreme Court, while setting aside an interim order of the high court permitting a medical college to provisionally admit students to first MBBS course, observed that such orders allowing provisional admissions and making them subject to the result of the petition may entail tremendous adverse consequences and prejudice to students.

The High Court of Punjab and Haryana in an interim order had permitted a medical college to go ahead with admissions to first MBBS course for the academic session 2018-19. The Medical Council of India assailed this order before the apex court.

A bench of Justice UU Lalit and Justice Deepak Gupta, perusing the inspection records pertaining to medical college, observed that in the face of repeated failures on part of the  college to remove the deficiencies, no permission to make admissions for the current academic session could have been granted unless and until on physical verification everything was found to be in order.

The bench took note of the following facts:


In this context, the bench said: “A condition such as making students aware about the pendency of the matter and stating that their admissions would be subject to the result of pending litigation, is not a sufficient insulation. We have repeatedly seen cases where after making such provisional admissions the Colleges have been denied permission upon physical verification. Questions then come up as to what is the status of such students and how best their interest can be protected. Theoretically, in terms of conditions of Essentiality Certificate the concerned State Government is obliged to take care of interest of such students. But the harsh reality is such students cannot be accommodated because in normal circumstances all the seats in every Medical College are filled up. It then becomes a case of impossibility of accommodating such students in any existing College.”

Reiterating the need to take cautious approach, the bench said: “The entire exercise may thus result in great hardship and wastage of academic years of the concerned students. It is for this reason that while granting any interim relief very cautious approach needs to be adopted. It may be possible to expedite the process of physical verification in a given case but to allow provisional admissions and make them subject to the result of the petition may entail tremendous adverse consequences and prejudice to students.”