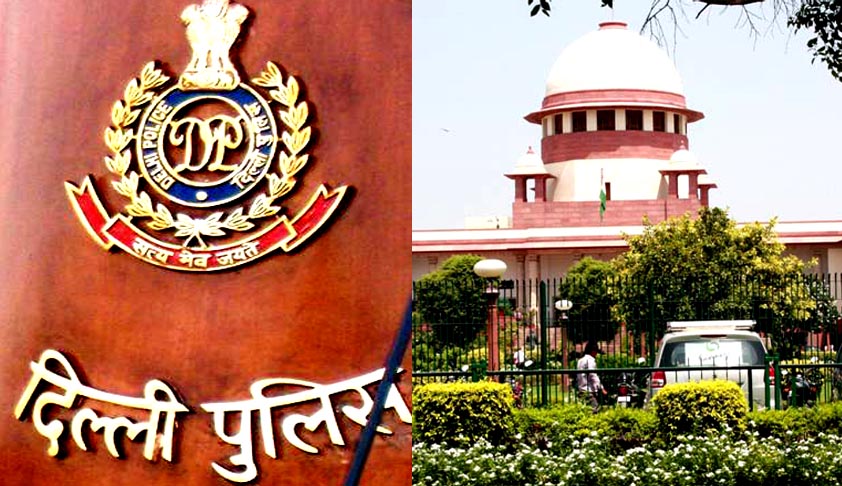 The Delhi Police says they would proceed in accordance with the directions of the Supreme Court in the NUJS intern sexual harassment case, in which former Supreme Court Judge and present WB Human Right Commission Chairman Justice A.K.Ganguly is allegedly involved.

According to Hindu report ‘Delhi Police would proceed in accordance with the directions of the Supreme Court in connection with allegations made by a former law intern against a retired judge. If the girl herself came forward to lodge a formal complaint, an FIR would be registered’.  It was on November, 14 that Former Dean of Delhi University’s Law Faculty Prof.S.N.Singh had filed a formal complaint before Delhi Police under S.154 of Criminal Procedure Code for registering FIR against the former Judge. According to Police, they started a preliminary enquiry into the charges made by the victim.

“In response to some emails we had sent urging her to join investigations, the victim conveyed that she would not join any parallel inquiry before the committee set up by the Supreme Court submits its findings. So the name of the accused person being made public will have no bearing on our investigations at this stage. We will wait for the final report,” said Deputy Commissioner of Police (New Delhi) S.B.S. Tyagi.

In view of recently delivered Constitution Bench decision in Lalita Kumari,  the police is obligated to register an FIR, but in the present case, since the complaint is delayed, the police can conduct a preliminary enquiry into the allegations. As per the judgment which was delivered on the same day, the Supreme Court took cognizance of the issue and formed a panel to inquire in to the matter.The category of cases in which preliminary inquiry may be made are as under:

(e) Cases where there is abnormal delay/laches in initiating criminal prosecution, for example, over 3 months delay in reporting the matter without satisfactorily explaining the reasons for delay.

In this case Delhi Police prima facie violated the Lalita Kumari Directions for the following reasons:

1. Professor Singh’s Complaint clearly made out a cognizable offence punishable under Section 354 IPC.

2. If the police has not satisfied with the averments of the complaint regarding the commission of a complaint, they ought to have conducted the preliminary inquiry and file the report within one week from the date of complaint. The police had not yet filed any such report.

According to Prof. Singh “The Supreme Court has only delayed the matter by constituting the committee, which has no jurisdiction in the matter.” Justice Ganguly had retired when the alleged incident took place in December 2012. “The court can initiate a probe only against a sitting judge for misbehaviour or misconduct on a reference made to it by either House of Parliament for the judge’s removal”, said Prof Singh. He, however, added: “Now that the committee has submitted its report, it should be made public.”

Former Delhi High Court Judges Justice RS Sodhi and Justice SN Dhingrahave also questioned Supreme Court’s authority to appoint a panel to look into the conduct of a retired judge. “A retired judge does not enjoy any protection under the law. The SC panel had no authority to look into his conduct. It is a cognizable offence and should have been probed by the police.”

Additional solicitor general Indira Jaising said  "you can't have differential treatment between ordinary citizens and former judges. If the girl's statement discloses cognizable offences, then the CJI should send it to the police for necessary action"

Another argument of Delhi Police is “As we do not have any formal complaint from the victim or the identity of the accused, except media reports, it will be difficult to proceed at this stage, particularly when the country’s highest court is seized of the matter. We are waiting for the direction from the Chief Justice of India before starting an investigation”

"It is the duty of the Supreme Court to lodge an FIR in the case if a cognizable offence is disclosed. After all the committee has disclosed the judges name," said Senior Advocate Kamini Jaiswal

"You can't have two standards.If Goa police can register an FIR against Tejpal in the absence of a written complaint, why not do the same here if information on a cognizable offence is passed on? You have to follow the law if an offence disclosed." said Senior advocate Anand Grover

It is common knowledge that in criminal cases, anybody can set the law in to motion. The object sought to be achieved by registering the earliest information as FIR is inter alia two- fold: one, that the criminal process is set into motion and is well documented from the very start; and second, that the earliest information received in relation to the commission of a cognizable offence is recorded so that there cannot be any embellishment etc., later.

By Criminal Law (Amendment) Act 2013, Section 166A was inserted in Indian Penal Code which reads as under:-

"Section 166A-Whoever, being a public servant.-

a. knowingly disobeys any direction of the law which prohibits him from requiring the attendance at any place of any person for the purpose of investigation into an offence or any other matter, or

b. knowingly disobeys, to the prejudice of any person, any other direction of the law regulating the manner in which he shall conduct such investigation, or

Though the above offence is not attracted in this case, since the substantive law has no retrospective effect, the Lalita Kumari judgment clearly directed that action must be taken against erring officers who do not register the FIR if information received by him discloses a cognizable offence.

M.A.Rashid, is an Author and Editorial Consultant with LexisNexis.