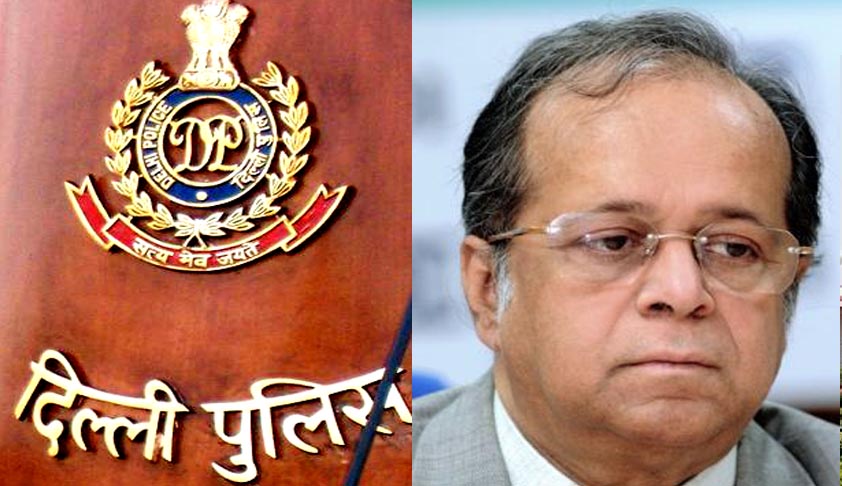 The Times of India has carried a news item “If booked under Sec 354A, Ganguly may get 3 years in jail”. No doubt, under the amended Indian Penal Code, any man who commits the offence specified in section 354 A i.e. Sexual harassment, shall be punished with rigorous imprisonment for a term which may extend to three years, or with fine, or with both. However, the fact is, the amendments...

The Times of India has carried a news item “If booked under Sec 354A, Ganguly may get 3 years in jail”. No doubt, under the amended Indian Penal Code, any man who commits the offence specified in section 354 A i.e. Sexual harassment, shall be punished with rigorous imprisonment for a term which may extend to three years, or with fine, or with both. However, the fact is, the amendments in criminal law that got inserted by way of Criminal Law (Amendment) Act, 2013 will not apply to the charges against Justice Ashok Kumar Ganguly. The alleged “unwelcome behaviour of a sexual nature” took place in December 2012 as per the victim and thus it preceded the legal amendments carried out on February 3, 2013. A law that came into force on the 3rd day of February, 2013 cannot be taken into account for the act that was committed in December 2012.

Protection from retroactive criminal law has by and large been accepted by all countries without any disagreement. The thumb rule of Criminal Jurisprudence is that the law as it stood at the time of commission of offence should govern it.  A retrospective law is one which travels back and carries forward a previous transaction to the present. Immunity is granted to an offender from being tried under a law which is enacted subsequently.  Retrospective effect is alien to criminal law. This rule is anchored on the principle that the doer cannot be imputed with the element of mens rea which is ordinarily the core ingredient for the proof of guilt. This universal principle is engrafted in our Constitution under Article 20(1) which prohibits the application of criminal legislations retrospectively as it being “ex-post-facto laws”.  It says that no person is to be convicted of an offence except for violating ‘a law in force’ at the time of the commission the offence.

The IPC provision existing at the time of alleged act of Justice Ganguly was Section 354 that dealt with assault or criminal force to woman with intent to outrage her modesty. It states - ‘Whoever assaults or uses criminal force to any woman, intending to outrage or knowing it to be likely that he will there by outrage her modesty, shall be punished with imprisonment of either description for a term which may extend to two years, or with fine, or with both’.

Ideally, for conviction under Section 354 what is required to be proved is:-

(a) an assault has been committed or criminal force used,

(b) the object of the assault or criminal force is a woman, and

(c) that it was with the intention of outraging the modesty of a woman or knowledge that it was likely that her modesty would be thereby outraged.

Ironically, a Supreme Court Bench in which Justice Ganguly himself was a member, has explained in detail the ambit of Section 354 in Shekara v. State of Karnataka 2009 (14) SCC 76. It was held “In order to constitute the offence under S.354 IPC mere knowledge that the modesty of a woman is likely to be outraged is sufficient without any deliberate intention of having such outrage alone for its object. There is no abstract conception of modesty that can apply to all cases.” Further it is stated that intention is not the sole criterion of the offence punishable under S.354 IPC, and it can be committed by a person assaulting or using criminal force to any woman, if he knows that by such act the modesty of the woman is likely to be affected. Knowledge and intention are essentially things of the mind and cannot be demonstrated like physical objects. The existence of intention or knowledge has to be culled out from various circumstances in which and upon whom the alleged offence is alleged to have been committed. A victim of molestation and indignation is in the same position as an injured witness and her testimony should receive the same weight.

In State of Punjab v. Major Singh a three Judge Bench of the Supreme Court considered the question, “What is a woman's modesty?” and it held “The essence of a woman's modesty is her sex. The modesty of an adult female is writ large-on her body. Young or old, intelligent or imbecile, awake or sleeping the woman possesses a modesty capable of being outraged. Whoever uses criminal force to her with intent to outrage her modesty commits an offence punishable under Section 354. The culpable intention of the accused is the crux of the matter. The reaction of the woman is very relevant, but its absence is not always decisive, as, for example, when the accused with a corrupt mind stealthily touches the flesh of a sleeping woman. She may be an idiot, she may be under the spell of anaesthesia, she may be sleeping, she may be unable to appreciate the significance of the act; nevertheless, the offender is punishable under the section”.

In this context, let us examine the statement of the law intern from her blog in the light of above legal position.

“In Delhi at that time, interning during the winter vacations of my final year in University, I dodged police barricades and fatigue to go to the assistance of a highly reputed, recently retired Supreme Court judge whom I was working under during my penultimate semester. For my supposed diligence, I was rewarded with sexual assault (not physically injurious, but nevertheless violating) from a man old enough to be my grandfather. I won’t go into the gory details, but suffice it to say that long after I’d left the room, the memory remained, in fact, still remains, with me".

The intern while writing this blog has carefully used the word “sexual assault” (not physically injurious, but nevertheless violating). It is enough to attract the  offence under S. 354 IPC, but Committee of three judges of the Supreme Court has carefully chosen the words 'unwelcome behaviour' and 'conduct of sexual nature' which find a place in amended 354 A.

Whatever may be consequences of the jugglery of words, since the alleged act has been committed prior to the amendment, one thing is certain, Justice  Ganguly will be not be charged under 354 – A , the new amendment., but certainly S.354