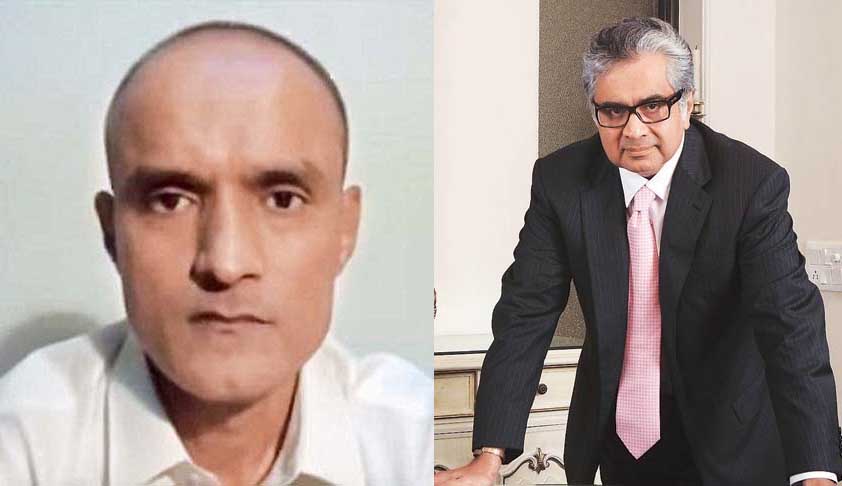 India has initiated proceedings before The International Court of Justice at The Hague, Netherlands seeking a stay of execution of former Indian Navy Officer Kulbhushan Jadhav, who was sentenced to death by a Pakistani Military Court on espionage charges.The ICJ President has sent an urgent Communication to Pakistan under Article 74, paragraph 4, of the Rules of Court regarding...

India has initiated proceedings before The International Court of Justice at The Hague, Netherlands seeking a stay of execution of former Indian Navy Officer Kulbhushan Jadhav, who was sentenced to death by a Pakistani Military Court on espionage charges.

The ICJ President has sent an urgent Communication to Pakistan under Article 74, paragraph 4, of the Rules of Court regarding the proceedings

"Acting in accordance with the powers conferred upon him by Article 74, paragraph 4, of the Rules of Court, Judge Ronny Abraham, President of the International Court of Justice (ICJ), the principal judicial organ of the United Nations, addressed yesterday an urgent communication to the Prime Minister of the Islamic Republic of Pakistan, with a copy to the Government of the Republic of India, in the proceedings instituted by India against Pakistan, on 8 May 2017 (see Press Release No. 2017/16).

Article 74, paragraph 4, of the Rules of Court stipulates that “[p]ending the meeting of the Court, the President may call upon the parties to act in such a way as will enable any order the Court may make on the request for provisional measures to have its appropriate effects.”, reads the Press release issued by ICJ.

Appeal filed by India, will be argued by a team of lawyers led by Senior Advocate Harish Salve. India has , accused Pakistan of “egregious violations of the Vienna Convention”. India has submitted that it was not informed of Mr. Jadhav’s detention until long after his arrest, and that Pakistan failed to inform him of his rights. It further alleges that, in violation of the Vienna Convention, the authorities of Pakistan are denying India its right of consular access to Mr. Jadhav, despite its repeated requests.

It is also submitted that Pakistan had subsequently requested assistance in the investigation, and had informed India that consular access would be considered only in the light of India’s response to such request. This linking, India has now contended, is “by itself a serious violation of the Vienna Convention”.

India has  pointed out that Mr. Jadhav’s execution “would cause irreparable prejudice to the rights claimed by India”. It, hence, demanded an immediate suspension of Mr. Jadhav’s death sentence, submitting that “[w]ithout the provisional measures requested, Pakistan will execute Mr. Kulbhushan Sudhir Jadhav before th[e] Court can consider the merits of India’s claims and India will forever be deprived of the opportunity to vindicate its rights”.

The India-Pak Joint Defence Committee for Prisoners (IPJDCP), a forum of lawyers from both the countries, had also petitioned before the Pakistan Supreme Court last month. The petition was drafted under the Chairmanship of Prof. Bhim Singh, a Senior Advocate from the Supreme Court of India, demanding that “the order/ malafide judgment/ authoritarian order ordering death sentence to an Indian civilian be set aside and a fair trial within the meaning and scope of the Constitution of Pakistan may be held by an appropriate court of law in accordance with the rules and procedure prescribed to hold a trial against a civilian by providing him reasonable legal aid/assistance”.

Subsequently, a Division Bench of the High Court of Delhi had dismissed a PIL seeking a direction to the Government to approach the International Court of Justice for securing Mr. Jadhav’s release. The Court was of the view that the Petitioner was presumptuous that there can be a straitjacket formula which can be applied in every instance of abduction or kidnapping of Indian citizens abroad.

“During the course of hearing, the petitioner has himself pointed out the wide divergence in the situations that may arise when he refers to a kidnapping of Indian citizens by Somali pirates (when the respondents admittedly succeeded in securing release) and to the case in hand. Therefore, this matter best deserves to be left to the expertise and assessment by the respondents,” it had observed.