We have no information about the progress of Black Money Case in Public Domain: Senior Advocate AK Panda 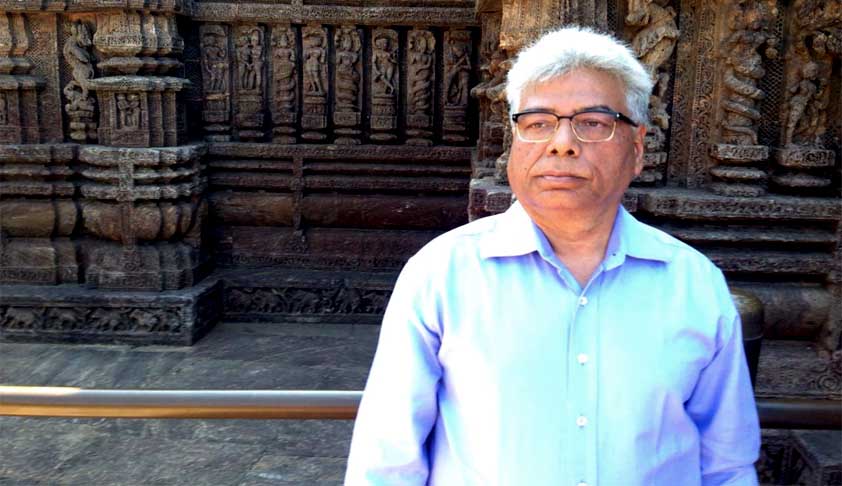 Ashok Kumar Panda is a senior advocate in the Supreme Court.  He started practising as a junior in the chambers of Justice VM Tharkunde, and Soli J Sorabjee. He was a member of the amicus team in the Jain Hawala case.A major portion of his legal career was devoted to the issue of human rights like defending political prisoners, Afghan and Iranian refugees.  He conducted the Public...

Ashok Kumar Panda is a senior advocate in the Supreme Court.  He started practising as a junior in the chambers of Justice VM Tharkunde, and Soli J Sorabjee. He was a member of the amicus team in the Jain Hawala case.

A major portion of his legal career was devoted to the issue of human rights like defending political prisoners, Afghan and Iranian refugees.  He conducted the Public Interest Litigation relating to Shahdara mental hospital, Delhi, which ultimately with the intervention of the Supreme Court, has now been converted to an institution of mental health on the pattern of NIMHANS, Bangalore.

In the 1990s, he assisted the eminent socialist leader, and former union minister, George Fernandes, in securing the release of Tibetan refugees who were arrested when the then Chinese Premier Li Peng visited India.  He was also part of the team of amicus curiae in the Jain Hawala  and Indian bank scam cases in the Supreme Court.

From the year 1998, as a senior counsel, he has been representing the Enforcement Directorate in a number of cases like Jain Hawala, Ketan Parekh, Standard Chartered bank case,  etc.

Excerpts from the interview which he gave to LiveLaw.

Q:  You started your legal career as a human rights defender.  Please share your experience with our readers about this phase.

A:  On behalf of PUCL, we filed a writ petition for securing the release of the political prisoner, Nagbhushan Patnaik, who was undergoing life sentence in Vishakapatnam.  Patnaik was a prominent Naxalite leader, who in the 1970s, was convicted and sentenced to death for his role in a murder case.  Patnaik, because of his political conviction, did not participate in the defence proceedings of criminal case, which resulted in his conviction and death sentence.  The then President of India, Fakruddin Ali Ahmed,  had commuted his death sentence to life.

After Emergency was lifted in 1977, the political philosophy in the Naxalite movement, changed as a result of which Patnaik participated in the defence proceedings in the other cases.

In the Parvathipuram conspiracy case, which was a case of sedition and waging war against the state, the prosecution was required to lead evidence in the said murder case.   Patnaik participated in the defence and cross examined the witnesses which resulted in his acquittal in the conspiracy case as well as the murder case.

The Supreme Court, after taking all the anomalies into account, directed release of Patnaik.    This was a landmark in our judicial history because a case which had attained finality in the form of conviction and  death sentence commuted to life sentence, was reopened  by the court on the ground that in a subsequent situation, there was acquittal of the same accused.

Q: What was your role in bonded labour case in the Supreme Court?

A: Judicial activism started in our country after the revocation of Emergency.  The courts became proactive to uphold citizens’ rights especially of the people, who, because of their economic and social constraints, could not approach the courts directly.   The PIL was initiated espousing the cause of bonded labour by Bandhua Mukti Morcha  which became a landmark judgment on the issue of locus standi and role of court commissioners in writ jurisdiction.

Justice PN Bhagwati appointed me, along with another senior advocate, Ashok Srivastava, as court commissioners to find out the factual situation relating to bonded labour.  On the basis of our report, the Supreme Court, in exercise of writ jurisdiction, passed several directions for the release and rehabilitation of bonded labour.   This was the most educative experience for me at that time.

Q: What, according to you, is the contribution of Supreme Court’s judgment in the Vineet Narain vs Union of India (the Jain Hawala case) in which you were part of the amicus team?

A:  It signifies judicial activism to insulate the investigating agencies like the CBI, and ED from political interference.  By passing several directions, the Supreme Court ensured the autonomy of  Central Vigilance Commission, the CBI, and the Enforcement Directorate, so that cases relating to political corruption are investigated and taken to their logical ends without any political interference.  The Supreme Court in the related case of  the Indian Bank scam, also ensured that proceedings were taken against persons who were responsible for the sorry state of affairs in Indian Bank in the 1990s.

Q: Has judicial activism been on the decline in the 1990s with the economic liberalisation?

A: Public interest litigation was perceived to be a part of judicial activism, mainly in defence of people, who because of economic deprivation could not find access to judicial forums.   Therefore, the Supreme court expanded the scope of locus standi and permitted social activists to represent the deprived sections of people.   Gradually, PIL veered around issues relating to environmental protection and accountability among high government functionaries.   Therefore, I may not agree that judicial activism is in decline.  At the same time, I would like to believe that the nature of PILs in our courts have changed from the causes espousing the rural poor.  Now, the shift seems  to be towards environmental protection as well as issues relating to political accountability.   To my mind, all these issues are relevant and the courts should play a proactive role.

Q: Can you share your experience while handling ED cases?

A:  With the improvement in our financial outlook, laws relating to foreign exchange has also undergone a massive transformation.  FERA has given way to FEMA.  Prevention of Money Laundering Act (PMLA), has been brought in to deal with issues of money laundering.  In my view, there is a lot of scope in improving the legal regimes.

Q:  What, according to you, has been the progress in bringing back black money stashed abroad?

Q:  Can you compare the Jain Hawala case, in which you were part of the amicus team, with the ongoing Ramjethmalani vs UOI case, in which the Supreme Court continues to monitor  the investigation into stashing of black money in foreign banks?

A: I would applaud the orders of the Supreme Court in constituting the Special Investigation Team, which insulates the investigating agencies from political interference.  At the same time, I feel that there should be transparency so far as time to time developments in the cases are concerned.  In the public domain, we have no information about the progress that have been made in dealing with black money.  In contrast, in the Jain Hawala cases, there used to be elaborate dialogue between the bench and the bar, which could be clear from the orders passed by the court from time to time.  I feel that at least the orders passed by the court could reflect some of the progress which is made by the investigating agencies.  The public at large develops substantial interest if the progress is brought to the public domain.  Otherwise, a sense of scepticism develops in the public mind, which is not good for our institutions.

Q:  Apart from judiciary, what other contemporary issues have you been interested in?

A: At present, the economic and social turmoil in the European Union (EU) which has led to the majority decision in the Brexit, to my mind, would have far-reaching consequences for both India and the world.

The underlying currents which led to the majority decision to exit EU were the exaggerated sense of identity.   Especially, the middle class and the working class felt swamped by people from EU who were coming to the UK for livelihood, employment etc.   The other sentiment was UK was not in control over their own destiny.   People who were not elected, the bureaucrats in the EU, were dominating the internal affairs of UK.  Coupled with these sentiments, they felt that their quality of life was diminishing which contributed to the majority decision to exit EU.

All these sentiments were equally good for the EU also.  In countries like France, Germany, Italy, the same sentiment seems to be overwhelmingly present at the moment.  So the challenge before the decision makers in the EU is to address these concerns.  At the moment,  finding adequate solutions to the immigrants issue is the biggest challenge before the EU.  The average citizens seem to be overwhelmed by the influx of immigration.  They feel as if their countries’ infrastructures are facing huge amount of stress because of the influx of immigrants.  At the same time, the European civilization considers itself duty-bound to adhere to the humanistic ideals, and they would not like to run away from the task of looking after the immigrants.

As a result, the right wing political formations in the European countries are gaining ground.  It will depend on the capacity of the EU to ensure growth along with addressing the humanitarian issues.

The legal significance of Brexit can be judged in terms of how EU deals with the current challenges.  At the moment, there is an urge to protect their national autonomy.  Each country feels that they have ceded a lot of their national sovereignty in favour of the EU.   In the immediate future, I foresee a kind of pressure on the EU to accede to the demand for greater national autonomy within the EU.

Further, the pressure on the decision makers of the EU to bring about a harmonious balance between growth as well as social welfare would demand their attention.   The legal framework, as it exists today in the EU, to my mind, has to be flexible.  Otherwise, insistence on centralisation of the economic policies and to that extent, depriving the members of the EU, of their national autonomy would be counter-productive.

In the long run, UK leaving EU is not in their interest.  I would expect a lot of flexibility on the part of the future leadership of UK in their negotiations with the EU since the economic as well as political bonding between the two entities cannot be wished away in a short period.  Initially, though, there will be a lot of resistance from the EU to accommodate the concerns of UK.  Gradually, the economic as well as political realism will prevail over both the entities.