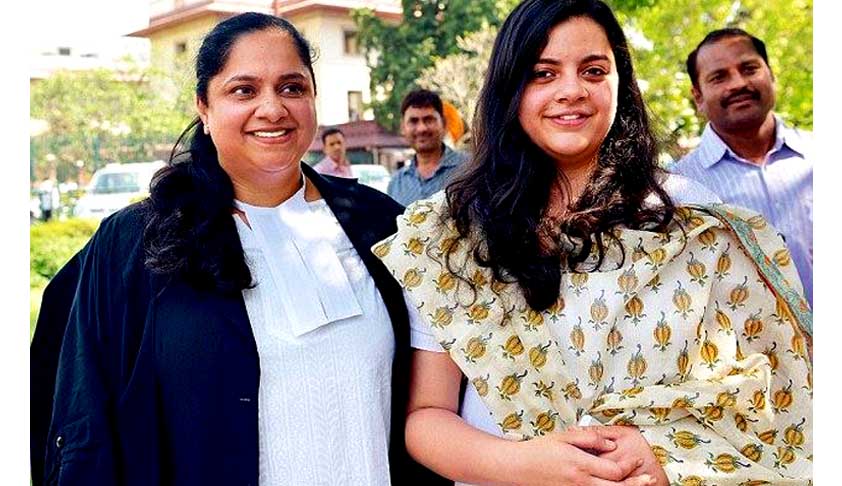 Section 66 (A) of IT Act, which allowed arrests for posting offensive content online, has finally come to an end. The credit for this victory goes to Shreya Singhal, who filed a PIL in the Supreme Court calling Section 66(A) of the Information Technology (IT) Act unconstitutional. She is a second year law student of Faculty of Law, DU and came back to India a few months ago after studying in...

Section 66 (A) of IT Act, which allowed arrests for posting offensive content online, has finally come to an end. The credit for this victory goes to Shreya Singhal, who filed a PIL in the Supreme Court calling Section 66(A) of the Information Technology (IT) Act unconstitutional. She is a second year law student of Faculty of Law, DU and came back to India a few months ago after studying in UK for three years.

She finished her schooling from the Vasant Valley School in Delhi, after which she spent the past three years studying astrophysics at Bristol University in the UK. In July, she came back to India and applied to law schools.

Shreya firmly believes that, “the courts are the one place where every citizen can go. If you say something in a newspaper or on TV, that’s fine, but if you say it on Facebook, you get arrested... I think there are so many people in India who are tech-savvy and very vocal about their views. It’s a natural revolution.”

Congratulations on your achievement !!

Live Law: What inspired you to file a PIL against section 66(A) of the IT Act? Who all motivated and helped you during the journey?

Shreya Singhal: I was initially so shocked at the arrest of the two girls in Palgarh, in 2012. I wondered why they were arrested (one of them merely for liking the post)? I read the section 66A and was even more shocked to see the vague language, which described the ingredients of a crime as ‘annoying’, ‘of menacing character’, ‘dangerous’. The misuse of 66A didn’t stop there, soon after there were two more arrests. I was shocked. The posts that they were arresting people for were so innocuous that it was scary. This is what prompted me to file this petition. Obviously I had the help, love and support of my family and friends, but my lawyers, Soli J Sorabjee, who argued, Ninad Laud and Ranjeeta Rohatgi who drafted the petition, are the heroes.

Live Law: Please elaborate on your journey. How and when did you start planning about filing the PIL? Did you think of any other alternative other than filing a PIL?

Shreya Singhal: We drafted this petition in less than 3 days and filed it back in 2012. During the pendency of the petition, arrests were made and we impleaded the States in which the arrests were made as parties to the petition. In early 2015, the case was heard and both sides argued for 2 weeks, less than a month later the judgment was pronounced. The Supreme Court is the protector and guardian of our rights and I saw that there was a gross violation of our fundamental rights. Article 32 gives us the right to go straight to the Supreme Court in case of a violation of this and I felt it was my prerogative to exercise this right.

Live Law: After section 66 (A) getting fully scrapped, will the same be not misused by people, allowing them to post unreasonable things against others. This is, keeping in mind the fact that even Fundamental right Article 19 allows freedom of speech and expression, ‘within limits’. What are your views on this?

Shreya Singhal: There are existing laws in the IPC and the IT Act. These deal with specific crimes like defamation, incitement, hate speech, pornography, fraudulent use phasing, etc. Having a blanket provision that criminalizes posting on the internet impedes free speech and by singling this medium out, it does more harm than good. The same prudence and reasonableness must be taken when you post on the internet as say, when you are talking to another person or on other forms of media (newspapers, TV, radio).

Live Law: In your opinion, why did the judiciary take so long for deciding this case? What hurdle did you face after filing PIL?

Shreya Singhal:   This case has not taken that long, as far as litigations in the Supreme Court go. There was a delay just after we filed the petition but as I said earlier, the judgment has come less than a month after the arguments concluded, which is very fast.

Live Law: For whom is the scrapping of section 66(A) most beneficial?

Shreya Singhal:  It is beneficial to anyone who uses the internet.

Live Law: Don't you think Section 66(A) should have been amended instead of scrapping it down from the IT Act?

Shreya Singhal: No. There was no way in which 66A could have been amended or read down. It was so vague and completely unconstitutional. The judgment says the same thing.

Live Law: India being a multiparty party system and has so many religions, does scrapping of Section 66(A) not lead to promotion of hate speech and expression on social media?

Shreya Singhal: No. Answered above. Also the expression of ones opinion or a debate is not hate speech and doesn’t lead to it. There are provisions in the IPC and the IT Act which deal specifically with hate speech.

Live Law:  What are your views on the 2 major tests that is clear and present danger test that helps in identifying public disorder? Do you think some changes should be brought in these tests?

Shreya Singhal: As you know the test has been adapted from American Law and adapted to Indian law in previous cases. The test of clear and present danger and the test for the possibility to incite are what the court cited in its judgment.

Shreya : The court rejected our argument of 66A being violative of 14 and found there to be an intelligible differentia between the internet and other forms of media. It violates 19 because the restriction to free speech in 66A being so vague and undefined are not reasonable under 19(2).

Live Law: You are coming from a family of Lawyers and Judges, How did this help you to fight against injustice?

Shreya Singhal: I suppose I had a bit of an advantage and knew how the system works because of my family and they helped me a lot in understanding the case law and the procedure that was followed

Thank you for your time Shreya. We wish you all are very best for all your future endeavors. Kudos on your achievement!