Interview:Law has not been helpful in altering the status quo, says environmental activist, Gopal Krishna 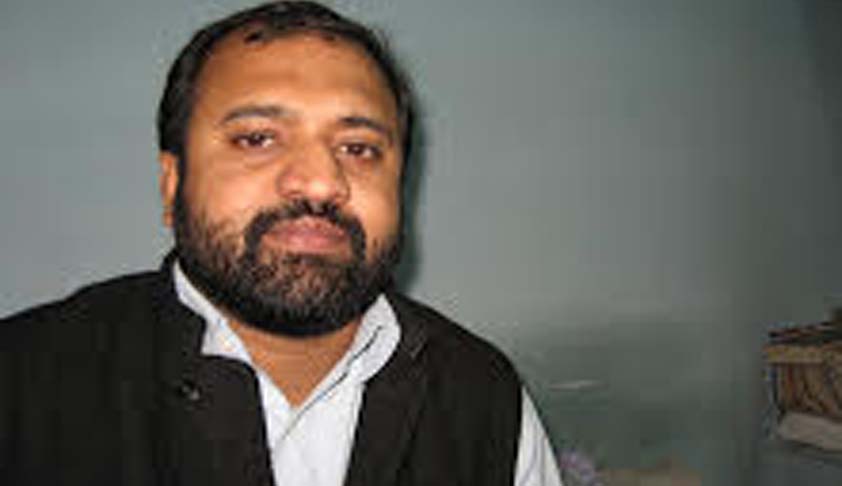 Gopal Krishna is a scholar-activist and a regular writer and commentator on public policy issues in English and Hindi. He has been highlighting environmental lawlessness and emergence of a surveillance empire of commercial czars.As editor of www.toxicswatch.org., he has often been invited to present his views as an expert before the Parliamentary Standing Committees on Science,...

Gopal Krishna is a scholar-activist and a regular writer and commentator on public policy issues in English and Hindi. He has been highlighting environmental lawlessness and emergence of a surveillance empire of commercial czars.

As editor of www.toxicswatch.org., he has often been invited to present his views as an expert before the Parliamentary Standing Committees on Science, Technology, Environment and Forests, Finance, and Food, Consumer Affairs and Public Distribution.

He has also been an invitee at several international fora as an expert, and before Supreme Court-appointed committees in ongoing litigation involving environment matters.

Gopal Krishna shares his views with Livelaw on a range of issues. In this first part, he answers questions on his concerns in general, and his inspirations over the years.

Q: Tell us briefly about your career as a green activist. How and when it all started, and did you have the inclination early in your life to adopt environmental activism as a full time profession?

A: From the time I gained social consciousness I always wished to melt the frozen, routinised and complicit silence around violation of human rights which is experienced within our families and the society around us as if it was natural.

I began my career as a trained journalist who wrote on science and environmental issues after having briefly worked in a financial daily. Initially, I was confronted with the false dichotomy of life and livelihood wherein an argument is advanced that the latter is more important. When one grappled with it one realized that the inalienable natural right to life encompasses all the rights including human rights and right to environment. The apparent conflict between them is a consequence of false consciousness.

My involvement with deep environmental movement has been an exercise in self-discovery. One feels that the false conceptual duality between nature and homosapians is at the root of the environmental and economic crisis. If anthropocentric thinking which has enveloped all ideologies is sane then what else is insanity?

I am the convener of ToxicsWatch Alliance which is a research and advocacy initiative that focuses on corporate crimes and environmental health damage related issues. I have done my PhD from JNU. My thesis was on corporate crimes, public institutions and their accountability: an inquiry into the industrial disaster of Bhopal.

Q: Among your concerns, you have been very involved with issues in ship-breaking and also asbestos. Did these concerns happen to you by mere accident, or a result of serious reflection?

A: I got involved with the environmental and occupational health impact of hazardous industries like ship-breaking and asbestos after serious philosophical reflection. I was writing about the asbestos case after France became the first country to ban white chrysotile asbestos. Following this ban Canada filed a case in WTO Appellate Body against France (European Community). The WTO body upheld French decision to ban white asbestos to protect public health. I was surprised by the approach of Indian Commerce Ministry which criticized this decision.

While WTO as a body suffers from huge democracy deficit and merits criticism but if it refers to some poisonous or carcinogenic material based on scientific and medical evidence how can it be opposed? I realized the relevance of this verdict for the health of Indians.

It is true that the Agreement on Sanitary and Phytosanitary measures and the Dispute Settlement System of the WTO in respect of trade-environment linkages has gone beyond its original mandate through acceptance of unsolicited briefs by the Appellate Body. But can WTO or any such international body be allowed to limit states' sovereign rights to enact or adopt laws that can safeguard labour, environmental and health in its own jurisdiction. It is high time India revised its stance in such matters.

It was in this backdrop that I became the founder of ban asbestos movement in India with others and we set up Ban Asbestos Network of India (BANI).

Q: How law has been helpful to you in your campaigns? It should have been a mix of successes and failures, right?

On several occasions I have felt that law is a barren land and its practitioners are infertile as far as legal imagination and political imagination is concerned.

The way Supreme Court dealt with the cases involving end- of-Life ships like Le Clemenceau, RIKY, Blue Lady, Platinum II and Exxon Valdez shows how this system is indifferent towards compliance of its own orders even when sovereignty and environmental security of the country is in question.

If India as a nation-state is failing, these cases along with the case of industrial disaster caused by Union Carbide Corporation demonstrate how judiciary contributed to its failure. Its inertia in dealing with the issue of illegality in the matter of civil liability for nuclear damage raises serious questions about its existence.

Having been associated with efforts against world’s biggest and most environmentally disastrous project of Interlinking of Rivers (ILR), one is constrained to say that judicial decision in the petitioner-less case of Networking of Rivers provides sufficient signal that judiciary has abandoned the environment.

I agree with Mirza Abu Taleb Ispahani that judiciary is devoid of sensitivity as it accommodates artful knaves. Abu Taleb was one of the earliest Indian commentators on the English legal system in early 19th century. This system is caught in a time warp. It is devoid of conscience and futuristic imagination. In such a backdrop, it is not surprising that it remains inert in the face of it being made subservient to private redressal mechanisms under Investor-State treaties and ongoing tribunalization of judiciary. The way judiciary has abdicated its responsibility seems to underline that between law and justice there is a huge gulf.

Q: Among non-environmental concerns, you have been busy campaigning on the Aadhaar issue as well, in defence of the right to privacy. Do you see a relationship between these two concerns, that drew you naturally to the latter issue?

A: In the last few years I have sensed that there is an ongoing effort in South Asia and South America by international financial institutions to centralize every resource. Initiatives for the Integration of Regional Infrastructure in South America (IIRSA) and ILR Project in South Asia and data grids like Central Identities Data Repository (CIDR) of biometric Unique Identification (UID)/Aadhaar Number and use of biometric identifiers in Latin America do not appear to be coincidence. The efforts of the IFIs is to map every natural resource and human person by creating centralized systems of control.

Such convergence has far- reaching political and social implications in every ecosystem. For instance, promoter of biometric identification schemes also happen to be advocates of common and perfect land market in the name of poverty reduction. It is noteworthy that land and water co-exist. By implication this means seeking creation of common water markets. Is it a coincidence that each and every natural resource is being uniquely numbered along with unique numbering of humans?

Having studied the political economy of corporate donations to political parties, it became quite apparent to me that violations of environmental rights are linked to violations of civil and political rights. I learnt from the old practitioners of politics that nothing human is alien to politically conscious individuals. Injustice in any field of public life is linked to every aspect of life.

My involvement with ILR issue and UID issue is a consequence of lessons from a poem “First they came for the Socialists But I didn't speak up because I wasn't a socialist...and there was no one left to speak for me” by the German anti-Nazi theologian, Martin Niemöller.