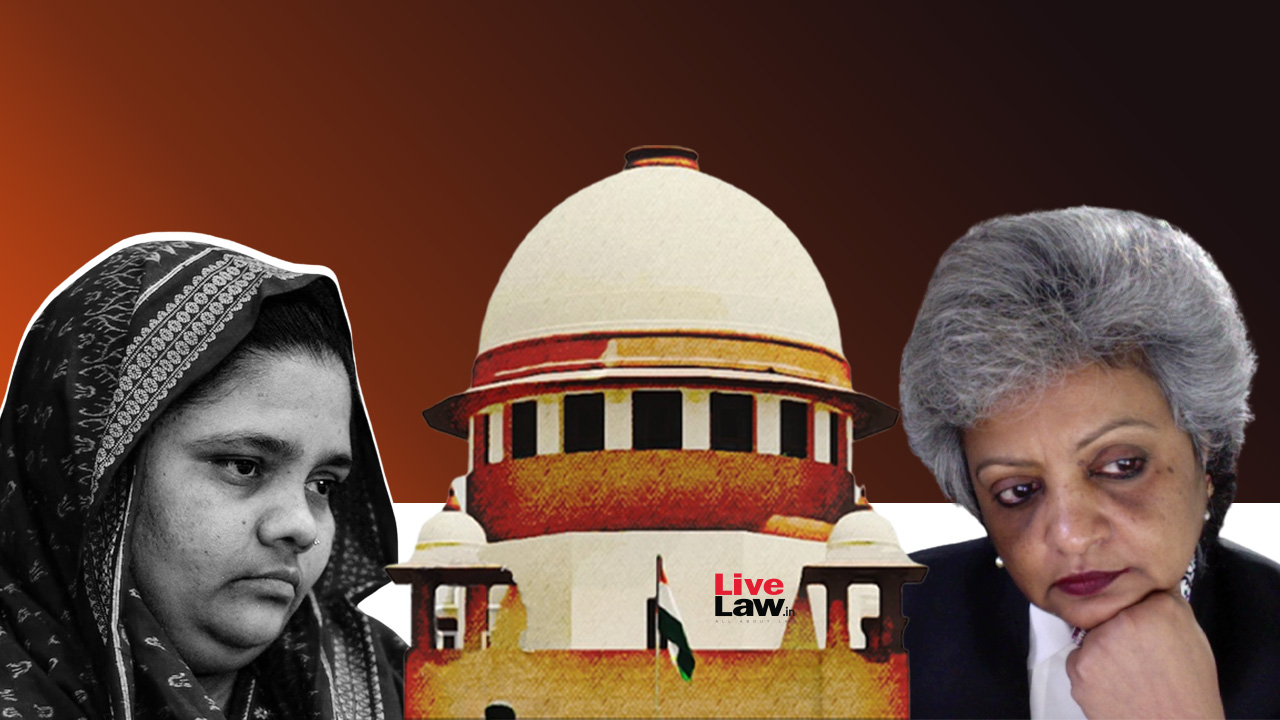 Criminal law expert Rebecca M John, Senior Advocate, opined that the Supreme Court erred in holding that the State of Gujarat has the jurisdiction to decide the remission of sentence of 11 convicts in the Bilkis Bano case.

Speaking in an interview with LiveLaw, John said that as per Section 432(7) of the Code of Criminal Procedure, it is the State where the trial was held and where the sentence was passed which will have the jurisdiction to consider the applications for remission. She explained that this position has been reiterated in several Supreme Court judgments, including the 2015 Constitution Bench judgment in the case Union of India versus V Sriharan @ Murugan.

Since the trial of the Bilkis Bano case was transferred to the State of Maharashtra by the Supreme Court, and the sentence was passed by a Sessions Court at Mumbai, the Maharashtra Government is the "appropriate government" to consider the remission of sentence and not the Gujarat Government. The text of the statute is very clear in this regard, as Section 432(7) says "appropriate government" is "the Government of the State within which the offender is sentenced or the said order is passed".

In May 2022, while allowing a petition filed by one of the convicts in the Bilkis Bano case, a two-judge bench of the Supreme Court ruled in the case Radheshyam Bhagwandas Shah @ Lala Vakil vs State of Gujarat that the remission application has to be decided by the Gujarat Government as the offence took place in the State of Gujarat. Earlier, the Gujarat High Court, relying on V Sriharan judgment, had dismissed the convict's petition by holding that remission has to be decided by the Maharashtra Government. The Supreme Court refused to accept the High Court's view. It said that the case was transferred to Maharashtra due to "exceptional circumstances" for the "limited purpose of trial". The trial would have taken place ordinarily in Gujarat and since the convicts were shifted to a jail in Gujarat after the trial, the Gujarat Government will have the jurisdiction.

The exact passage from the judgment delivered by a bench comprising Justices Ajay Rastogi and Vikram Nath is as follows :

"In our considered view, the submission made by learned counsel for the respondents is not sustainable for the reason that the crime in the instant case was admittedly committed in the State of Gujarat and ordinarily, the trial was to be concluded in the same State and in terms of Section 432(7) CrPC, the appropriate Government in the ordinary course would be the State of Gujarat but the instant case was transferred in exceptional circumstances by this Court for limited purpose for trial and disposal to the neighbouring State (State of Maharashtra) by an order dated 06th August, 2004 but after the conclusion of trial and the prisoner being convicted, stood transferred to the State where the crime was committed remain the appropriate Government for the purpose of Section 432(7) CrPC".

John said that the Supreme Court's view is based on a "misreading of the law".

"I am in respectful disagreement with this portion of the Supreme Court judgment and I believe a review must be filed", she said. She pointed out that in the almost concurring judgment of Justice Lalit in Sriharan case (Justice Lalit dissented from the majority on certain other aspects), this very same issue was discussed. She read out the relevant portion as follows :

The senior lawyer further said that the case was transferred due to extraordinary circumstances and therefore the apprehension of bias on the part of Gujarat Government will arise.

"In fact, the circumstances of transfer were extraordinary and therefore it gives rise to the allegations of bias", she said. The Gujarat Government could not have entertained the remission applications as the trial was completed in Maharashtra.

The "appropriate government" in this case as per Section 432(7)(a) CrPC is the Maharashtra Government, she added. According to her, the Gujarat High Court's view based on the Sriharan judgment was correct and the Supreme Court erred in reversing it.

"I am afraid the reasoning given by the 2-member bench of the Supreme Court is not sustainable", she stated.

"It does not matter where the offence was committed. The appropriate government is the government within whose State the Court has sentenced the person", she reiterated.

Remission not lawfully granted if opinion of trial judge was ignored

Referring to certain media reports that the jail advisory committee ignored the opinion of the presiding judge of the trial court - which was against the grant of remission-John said that if that was the case, then the decision is not legal.

Section 433(2) CrPC says that the Government may require the presiding Judge of the trial court to give opinion regarding granting remission. Although the provision uses the word "may", it has been held to be a mandatory requirement by the Supreme Court in the Sriharan case.

"If the opinion was sought and was disregarded, then there must be adequate reasons for disregarding. It does not appear that there were any such reasons", she said.

The requirement of seeking the opinion of the judge is for the reason that the judge has seen the conduct of the accused persons during the trial, seen the evidence on record and has considered the aggravating and mitigating circumstances while sentencing. That is why the opinion of the convicting judge is of critical importance, she explained.

"Failure to take into account the opinion of the convicting judge, which as per media reports was a negative opinion, then I think it is a breach of law that can be challenged. It is an illegality", she said.

She further pointed out that as per Section 435 CrPC, the Central Government needs to be consulted by the State Government before granting remission in a case investigated by the CBI. In this case, there is nothing in public domain as to whether any such opinion of the Centre was sought.

"If it was sought, what was the nature of the opinion? Did the CBI consent to the release. If it was not sought, then again it is an irregularity and illegality", she added.

She also said that the release of the convicts sends a disturbing message to the society. There are also facts giving rise of perception of bias on the part of the State Government.

"One poor man cannot be allowed to remain in jail without remission for 30 years while these people who were accused of gang-raping and murdering people, including murdering two children, are allowed to get out. There must be consistency in the application of law. To that extent, there is a systemic failure as there is no consistency. It all depends on the hunch of the advisory board. Some people are let off after 14 years, some languish for 30-40 years. That is terribly unfair", she opined.

Referring to Bilkis Bano's plight, she said, "The facts of this case shakes you. They are very very brutal. What this woman went through...to see her little child being snatched from her arms and then bludgeoned infront of her eyes. Then she herself was gangraped. When she wakes up, she sees the dead-bodies of her family around her. These are all facts. Courts have accepted these facts to be correct. I am disappointed that when this country was baying for the blood and celebrating the execution of Nirbhaya killers, saying that their collective conscience is satisfied, they don't seem to feel for Bilkis Bano, who suffered an equally brutal and heinous attack not just with respect to her but also with respect to members of her family, including her baby child. While I believe reformation must be central to sentencing, I also believe that because of the lack of consistency in the applicaiton of law, you do send out a message that some criminals are more important than others".

The video of the interview can be watched here.