Courts Should Lay Down Clear Guidelines On Seizure Of Mobile Phones & Laptops By Police : Vrinda Grover 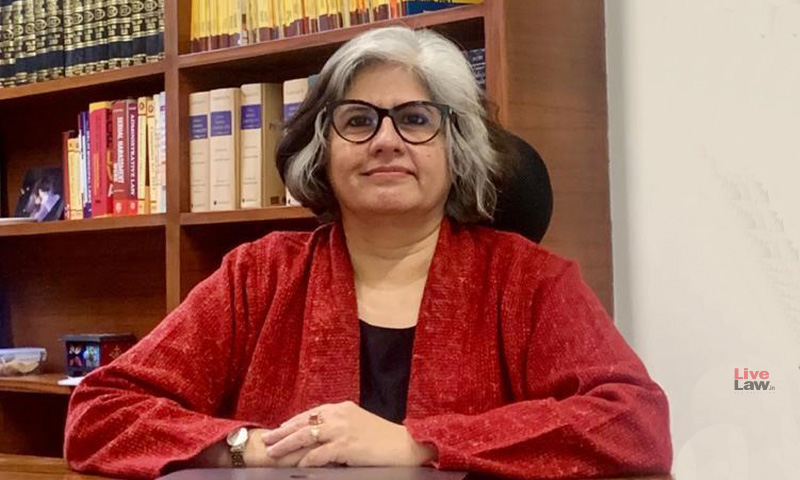 Lawyer and activist Vrinda Grover said that there is a need for the Courts to lay down clear guidelines on the seizure of personal electronic devices like mobile phones and laptops by the police during criminal investigation.

Advocate Grover, who was speaking in an interview with Manu Sebastian, Managing Editor of LiveLaw, on the larger significance of the Supreme Court's order in the Mohammed Zubair case, said that police seizure of the mobile phones of the accused has become a routine affair now.

"Today if you go for an interrogation, it is standard SOP that the police will tell you 'leave your phone', whether or not the phone has got anything to do with the case", she said.

If the police should seize the phone, they have to specify for what purpose it is needed, and how the electronic evidence is linked to the case. Grover, who argued Zubair's bail application, said that in this age, a person's smartphone carries his entire life. There can be a situation where in a case registerd for tweets, the police investigates into your bank accounts after seizing your phone.

In the Zubair's bail hearing, Grover had argued that although the authorship of the tweets were admitted, the police insisted on seizing the personal devices. This can be particularly problematic in the cases of journalists, as their personal devices may contain sensitive and confidential information about sources.

She pointed out that the US Supreme Court has laid down certain protective measures against arbitrary seizure of electronic devices in the case Riley vs State of California and opined that the Indian Courts also should lay down clear guidelines.

"The Court is yet to lay down the law, and therefore, the police is getting away with actually driving a truck through our right to privacy", she said.

In the interview, Grover also spoke about the importance of enforcing police accountability in the cases of arbitrary arrest. She lamented that it was worrying that the Magistrates deny bail and remand the accused in cases taken against people for speaking against the establishment, without proper application of judicial mind. Although the Supreme Court has repeatedly settled the principles on bail, at ground level, they are not translating into actual relief.

She commented that the Zubair's case is a powerful message that the personal liberty and free speech of the citizens should be guarded against abuse of State power.

She also said that the Police can't seek remand by merely saying the accused is not "cooperating" with the investigation; accused has the right to silence under Article 20. Exercise of that right is not "non-cooperation".

The full interview can be watched here.