Nabam Rebia Decision Should Be Reviewed As It Has Great Mischief Potential : PDT Achary 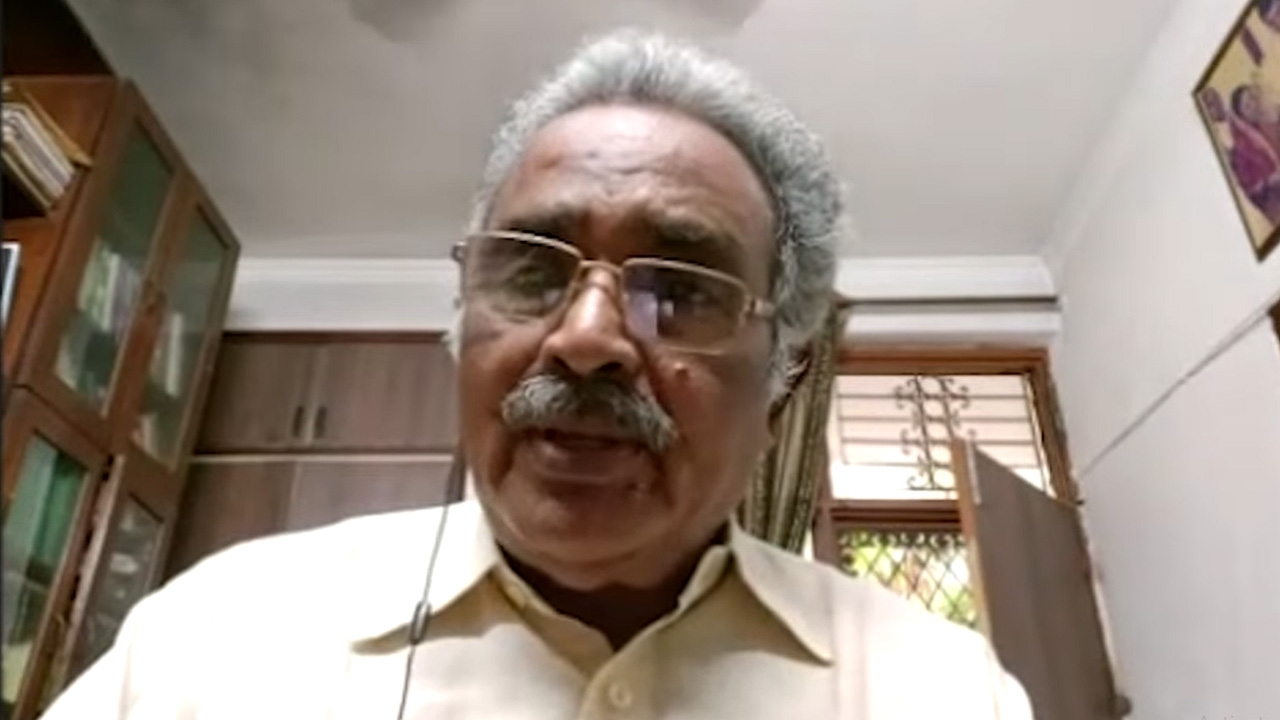 The law laid down by the Supreme Court in the 2016 case Nabam Rebia versus Deputy Speaker that a Speaker cannot initiate disqualification proceedings when a resolution seeking his removal is pending should be reviewed, said PDT Achary, former Secretary General of the Lok Sabha.

Achary was speaking in an interview with Manu Sebastian, Managing Editor of LiveLaw, on the anti-defection law under the tenth schedule of the Constitution in the context of the recent political developments in the State of Maharashtra.

Achary said that the competence of the Speaker to decide disqualification proceedings during the pendency of a resolution seeking his removal was not the main issue in Nabam. However, this issue was also decided.

The 5-judge bench held that "the words "passed by a majority of all the then members of the Assembly", would prohibit the Speaker from going ahead with the disqualification proceedings under the Tenth Schedule, as the same would negate the effect of the words "all the then members", after the disqualification of one or more MLAs from the House. The words "all the then members", demonstrate an expression of definiteness. Any change in the strength and composition of the Assembly, by disqualifying sitting MLAs, for the period during which the notice of resolution for the removal of the Speaker (or the Deputy Speaker) is pending, would conflict with the express mandate of Article 179(c), requiring all "the then members" to determine the right of the Speaker to continue" (See para 175 of the decision).

In other words, all the then members who were present in the house at the time of giving the notice for removal should be present at the time for voting on the removal of the Speaker.

Achary opined that this interpretation of the Supreme Court for the words "all the then members" is flawed.

"This is a very strange kind of logic. Because in the house, in the Constitution, there are different concepts of majority. Article 100 says any decision taken by the house is taken by the majority of members present and voting. That is the normal procedure. Then, so far as the constitutional amendment is concerned, there is a special majority, and there is a special mention about that. That is the majority of the total membership of the house and 2/3rd of the members present and voting. These are the two conditions which need to be fulfilled, when there is a constitution amendment.

So far as the removal motion of the Speaker is concerned, there it says 'all the then members of the house'. What does it mean? Or what can it mean? Or what should it mean? "All the then members" mean that the members of the house without the vacancies. So only the members who are there at that time. But that does not mean that you cannot or should not disqualify members. Whoever is there in the house, suppose if 10 or 20 people have been disqualified, so the total number will be less by twenty. The other then members. That is how it is. When this Article was framed by the constituent assembly, they had no idea about anti-defection law (which was inserted only in 1985)".

Achary added that "it is absurd to given an interpretation like this(SC judgment)".

"I think this(Nabam Rebia) needs to be reviewed. The mischief potential of this judgment is very very great. Anybody can move a no-confidence motion just to preempt the Speaker from deciding the disqualification petition", Achary opined.

He added that a motion seeking the removal of the Speaker is a "serious" matter and that is why the Constitution itself provides for a period of 14 days after the giving of the notice.

"Speaker is considered to be a high constitutional authority and he is the custodian of the rights of the house and so nobody should move such a motion just like that and they should not trifle with this procedure. That is why the rule makes it as tough as possible", he said.

Achary further said that in any case, the Nabam Rebia dictum was not applicable in the Maharashtra situation. Because in the instant case, the Deputy Speaker had rejected the motion at the threshold itself on the ground that the senders' credentials were not verified. On the other hand, in Nabam case, the motion was admitted and was pending before the house.

He added that such a motion could be sent only when the house is in session. However, in the Maharashtra case, the house was not summoned when the notice was sent and hence it could not have been admitted.

"A motion can be given notice of only when the house is summoned. Before that, no member can given notice. So it was an irregular kind of a thing and the notice had no validity", he said.

He also criticised the Supreme Court for asking how could the Deputy Speaker in the instant case "be a judge in his own cause" by rejecting the notice.

"That question was totally out of place, because under the rules, the notice has to go through the preliminary stage of admission. Any notice needs to be admitted by the Speaker. Admission of notice is done on the basis of certain rules. And the Rule stipulates that there has to be a definite and specific charge against the Speaker. And that charge must be related to his functioning in the house. That is why the Rule itself empowers the Speaker to admit or not to admit. Then how can this question arise that the Speaker is a judge in his own cause? It is the house which decides the matter on merit and not the Speaker. Speaker is only doing a preliminary exercise of admitting the motion. After admitting, it goes to the house. So that question by the Supreme Court was totally misplaced", he said.

Therefore, in the Maharashtra case, there was no "motion pending" against the Deputy Speaker, he stated. So, the Speaker was fully entitled to decide the disqualification case.

Achary was also critical of the Supreme Court for interfering with the Deputy Speaker's proceedings at the interim stage in violation of the judgment in the Kihoto case. He also disapproved the Supreme Court ordering that the floor test will be subject to the final orders of the Court.

"The House is autonomous. It has absolute independence to decide what it wants. No other authority can interfere with that and say that this is subject to our decision and we will say what you should decide", he said.

"It is baffling actually how the Supreme Court said that the decision of the House will be subject to what we decide in the petition", he said.

Relevant portions of the video :

On Nabam Rebia being not applicable to Maharashtra situation : From 12:30 onwards

Comments on interim interference by the Court : From 8.26 onwards & 11:50 onwards

Video interview can be watched here