Prison Sentences Should Not Turn Into Death Sentences: How APPEAL Is Leading A Fight To Protect Prisoners In UK From COVID19 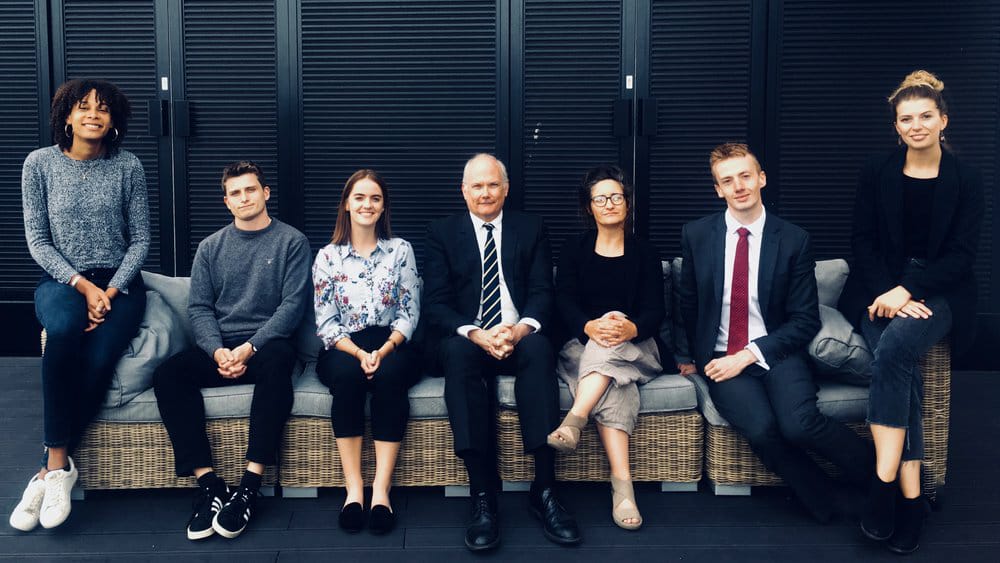 Prison complexes are one of the most apparent hotspots of COVID19 pandemic. The problem of overcrowding of prisons along with poor sanitation facilities, makes correction facilities prone to the spreading of the virus. These circumstances have rendered prisoners, regardless of the nature of their incarceration, extremely vulnerable to the ongoing health crisis. While in India,...

Prison complexes are one of the most apparent hotspots of COVID19 pandemic. The problem of overcrowding of prisons along with poor sanitation facilities, makes correction facilities prone to the spreading of the virus. These circumstances have rendered prisoners, regardless of the nature of their incarceration, extremely vulnerable to the ongoing health crisis.

While in India, where after the intervention of the courts, certain States have come up with policies to release certain kinds of undertrial prisoners, the situation still remains problematic in the United Kingdom - one of the worst hit countries by the pandemic.

To understand the gravity of the issue and how it can be addressed, we interviewed 'Appeal', a leading organisation in the UK which is spearheading the cause of ensuring the safety of the prisoners who are extremely vulnerable to catching COVID19.

Can you tell us about your project seeking release of prisoners as a safety measure to fight against the COVID19 pandemic?

We are fighting to try to make sure prison sentences do not turn into death sentences. We are advocating for the release of the most vulnerable and low-risk prisoners to safeguard the health of clients, the prison population and the outside world.

Overcrowded prisons are hotbeds of disease. Prisoners simply cannot follow the government and WHO guidance on self-isolation or hygiene. England and Wales have the highest rate of imprisonment in Western Europe Numerous prisons running at over 150% of capacity, and much of the prison estate involves two people living in single occupancy cells. The government has already recognised that the conditions in other places of detention are unsanitary and dangerous, releasing immigration detainees (who are kept in detention whilst a decision is made on their immigration status). However, prisoners remain low on the government's priorities, despite the potential scale of a prison outbreak and its potential to overwhelm the healthcare system.

At the same time, lockdown measures taken to try to reduce the spread of COVID-19 in prisons have made it more difficult for communication and contact with prisoners: conditions which have led to rioting in countries like Italy. We are also therefore campaigning for measures to protect the mental health of those who remain behind bars, who are far more isolated than those of us in the free world.

What are the existing provisions regarding the temporary release of prisoners and why do you think it requires a reform at times such as these?

Currently, the main provision is Release on Temporary Licence (ROTL) which is normally used to allow low-risk prisoners to have some involvement in the community to ease the transition to release. This is made under the Prison Rules. However, it is designed principally for prisoners approaching the end of their sentences, and is untested (as are most options) in the scenario where large-scale action is required.

Reform may not be needed to deal specifically with the present crisis, but we are now seeing the effects of overuse of incarceration for low-level offending, and of lengthy sentences which lead to a high prison population. The situation could be eased considerably by a swift political decision by government.

However, release on temporary licence appears to have been put on hold. This temporary release can be granted for any period, but can also be subject to any conditions deemed necessary. However, the release must be for a purpose specified in the Prison Rules, which include compassionate grounds, for medical treatment, for employment or voluntary work, to maintain family ties, and to assist the transition from prison life to freedom. None of these neatly accommodate a situation like the current one, where the overall risk is the key issue.

These provisions are designed for individual release, and were not developed with a systemic risk in mind. We have not had to deal before with situations in which locking people up increases the risk to the public. Yet that is where we currently are.

Is prison infrastructure and facility suitable to protect prisoners from transmission of coronavirus?

In short, no. In 2019, almost a third of inspected prisons failed to meet minimum standards of cleanliness. Prisoners already, on average, have far poorer health than other members of the community. For example, 15% have respiratory conditions. So we are not starting from an ideal place.

On top of this, overcrowding in prisons does not allow space for prisoners to self-isolate. Hygiene is insufficient, with limited or no access to soap, clean towels, or sanitiser: the simplest measures which many of us take for granted. So while we in the free world can protect ourselves, prisoners are unable to do the same. Indeed, a policy of 'cohorting' seems to have been implemented, where those showing symptoms are put with those known to have contracted Covid-19: potentially exposing those with only regular flu to infection. In other cases, the prospect of 24 hour a day lockdown imposed on those with symptoms has led some to refuse to report symptoms, risking further transmission.

An increasingly aging prison population means there is a high concentration of people with poor health: difficult to manage at the best of times. The risk of transmission is higher, and as staff absence has soared following self-isolation, it has become even more difficult to isolate prisoners in their daily routines. Fpr example, reports from prisons indicate prisoners are being forced to shower together as a result.

Finally, those same staff shortages mean that medical attention may be lacking. Over 8,000 staff - a quarter - are currently off sick or self-isolating. The prison staff are hugely dedicated and doing a very challenging job in the circumstances, but they cannot be expected to be miracle workers.

What legal/judicial strategies have you adopted to address this issue?

We are applying for compassionate release on behalf of clients particularly at risk, and using human rights law to advocate for release. But ultimately, England and Wales's prison policy is implemented at a national level, so lobbying the government to act it is key. A wide range of organisations are doing the same, from other criminal justice charities to the Prison Governors' Association.

What are the challenges that you are facing?

Prisoners are not seen as a priority in the public eye. The government has focused recently on a 'tough on crime' policy, making sentences longer, building more prisons, and increasing the amount of 'punishment' in the system. Worryingly, there have been indications that army barracks, immigration detention centres and other government buildings will be repurposed as new prisons to spread out the population. Leaving aside both the risk of transmission to prisoners and staff of mixing and transporting prisoners in this manner, and the fact that immigration detainees have been released, in part, precisely because the immigration detention centres were not suitable for holding people in the current crisis, this demonstrates a troubling prioritisation of resources. We need to be building hospitals, not prisons.

There are two approaches as to who to release to reduce the risk of transmission and to ease the overcrowding. The most vulnerable people could be released, for example, the over 70s, or those with respiratory conditions or illnesses which put them at particular threat if infected.

Alternatively, release could focus on those lowest risk or with the least time left to serve. The most vulnerable people do not necessarily fall into these categories, so this may not be ideal, but it is likely to be more politically palatable.

A particular injustice is being done to those wrongfully convicted, which means they simply shouldn't be in prison to begin with – and these are the people our charity represents. They are being subjected not just to time behind bars for crimes they did not commit, but potentially to a life-threatening illness. As our clients were generally convicted of serious offences, they are less likely to be included in any mass release focusing on those serving short sentences, though any reduction in the prison population reduces the risk of transmission, making it safer for all, including our clients.

Further, communication with prisoners is unreliable at present: it is difficult to understand exactly what is happening on the inside. Visits are on hold, and phone calls are limited due to lockdown and staffing shortages. Information is hard to access, and we do not know precisely which prisons have confirmed Covid-19 cases and which do not.

Do you think the authorities are doing enough to address the concern?

Thus far, we have heard the government is interested in exploring the options and making more use of Release on Temporary Licence, but this has not translated into timely action. The clock is ticking, and the infection rate both in and out of prisons is surging.

Earlier this week, the Ministry of Justice released 35 pregnant prisoners and 34 prisoners in Mother and Baby Units. But releasing 69 prisoners of a population nearing 85,000 is clearly not going to do much to ease overcrowding. Meanwhile, our neighbours in Northern Ireland have released 200 of their 1500 prisoners on licence. Scotland has introduced emergency legislation to provide for temporary release of certain categories of prisoner assessed to be low-risk. France has suspended short sentences to reduce the number of people entering its prison system. With a more crowded prison estate, we arguably need more radical measures than these places. Yet this is not happening.

The government has clearly accepted there is a problem, and there is momentum, with prison staff and governors, police, lawyers, and medical experts all pushing in the same direction as to how to solve that problem. But releasing prisoners en masse is not in sync with the "tough on crime" rhetoric of the current government, and the infection risk to and from our prison population increases with every passing day. The pandemic has shown us just how connected we all are. Prisoners are no different.