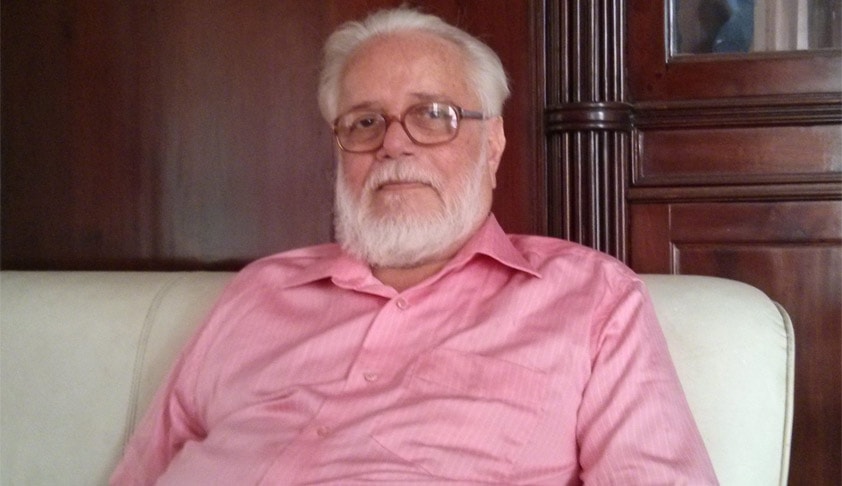 The Kerala High Court today admitted to its files, a writ petition filed by former ISRO scientist Nambi Narayanan challenging the action of the National Human Rights Commission in closing his petition seeking action by the government against 5 former cops including ADGP Siby Mathews, and retired SP’s S. Vijayan and K.K. Joshwa- who had tortured him during the course of the investigation...

The Kerala High Court today admitted to its files, a writ petition filed by former ISRO scientist Nambi Narayanan challenging the action of the National Human Rights Commission in closing his petition seeking action by the government against 5 former cops including ADGP Siby Mathews, and retired SP’s S. Vijayan and K.K. Joshwa- who had tortured him during the course of the investigation into the sensational espionage case of 1994.

According to the averments in the writ petition filed by Advocate C.Unnikrishnan, the NHRC had decided to close proceedings against the errant cops on the ground that the Division Bench of the Kerala High Court had earlier observed (in Writ Appeal No.1863/2014) that no further action need to be taken by the Government and all the 3 officers have retired and no tangible disciplinary proceedings could be taken against them as they had ceased to be under the control of the authorities except being pensioner under the government.

Mr. Nambi Narayanan has contended that the action of the NHRC in is per-se illegal and reveals non-application of mind as one case deals with disciplinary proceedings after retirement of erring officials while the NHRC was dealing with human right violation by the erring officials.

Explaining his contention, Mr. Nambi Narayanan who filed the writ petition though his counsel Mr. C. Unnikrishnan has submitted that W.A. No. 1863/2014 wherein the High Court had made the above observations was dealing with quashing of the Government Order deciding not to take action against the erring officials inspite of the recommendation of the CBI. According to him “that will not in any way affect the action to be taken in the case of clear and established human right violation done by the erring officials against the petitioner. Still further, that judgment of the Division Bench was challenged before the Hon’ble Supreme Court in SLP Nos.17072-17073 of 2015 and the SLP was admitted with a 3 page order dated 9-7-2015. That SLPs are pending for final adjudication by the Hon’ble Supreme Court.”

The petitioner has also sought to rely on the judgment of another Division Bench of the Kerala High Court in W.A. No.  422 of 2007 (reported in 2012 (4) KLT 221 Nambinarayanan Vs. State of Kerala) wherein the Court while dealing with an order granting immediate interim relief to the petitioner by the NHRC had held as follows:- “So far as the appeal filed by the 3rd respondent (Siby Mathew) in the W.P. is concerned we notice that the NHRC has not found any of the police personal including the said appellant personally responsible for violation of human rights of the appellant. On the other hand the Commission had directed the State Government to report to it as to what action they have taken against the said appellant and others. The appellant is right in this contention that NHRC’s direction to the Government though not in so many words convey the idea that they are personally responsible and they should be protected against. We feel it is certainly premature on the part of NHRC to order such action against the officers concerned because they are all persons made as personally party responsible in the petition before the NHRC and unless in the course of final inquiry, NHRC identifies the persons if any personally involved in human rights violation, they cannot order the Govt. to take action or to recover compensation. So much so, we vacate the observation of the NHRC in regard to direction to State to consider action against the officers concerned, which certainly the commission is free to consider in the course of enquiry and  while issuing final orders after giving opportunity to all concerned”.

The petitioner submits in his writ petition that these findings “certainly means the NHRC should proceed to complete the final enquiry and as per S.18 of the Protection of Human Rights Act, the NHRC can recommend to make payment of compensation or damages and to initiate proceedings for prosecution or such other suitable action etc. Therefore the action of the NHRC closing the proceedings against the erring officials merely because of the judgment in WA holding that no disciplinary action can be initiated after their retirement is to be interdicted as it is a mockery to justice and amounts to protecting the criminals.”

The genesis of the case dates back to 30.11.1994 when Mr.Nambi Narayanan, who was working as a scientist with the Indian Space Research Organization (ISRO) along with another top ISRO official, two Maldivian women and a businessman were arrested alleging commission of espionage. Later the investigation of the case was transferred to the CBI.

The CBI, after investigation, holding that the case instituted against Narayanan was false, filed its report recommending closure of the case. The Chief Judicial Magistrate accepted the closure report. In the Closure report the CBI spelt out at length the commission of serious lapses by the earlier investigation team and itemized such lapses in respect of each of the officer and recommended action against the said officers.

The Government of Kerala thereafter issued a notification dated 27-06-1996 and directed further investigation in the case by the investigation team which had originally probed the matter. This action of the State was challenged by Narayanan before Kerala High Court which however, had upheld the notification, consequent to which Narayanan approached the Supreme Court and Supreme Court allowed the Criminal Appeal (492/1997), vide judgment dated 29-04-1998 and quashed the notification.

Though the Supreme Court suggested action against the Police officers, the State Government issued an order closing the case. This order of the State Government was challenged by Mr. Nambi Narayanan in a writ petition before a single judge of the Kerala High Court who allowed the writ petition and directed the Kerala Government to take action against the three investigating officers and complete the proceedings within three months.

This judgment of the single judge was challenged by Mathews and Joshua in intra-court appeal on the ground that there were sufficient reasons for the arrest of Narayanan and other accused in the case.

The appeal of Mathews and another cop Joshua was allowed by the division bench which said the report of CBI was only an opinion and that it was not proper or legal to take action against the officers on the basis of a report after the lapse of 15 years. "Government may consider or may not consider such opinion," it had said.

It may be recollected that in deciding not to take action against the police officers, the government had given three reasons. Firstly, that a delay of 15 years has taken place since CBI filed the report and that the officers have retired. Secondly, the government relied on the views of the director general of police, who said no such action is required. Finally, government had pointed out that neither the CJM court nor the Supreme Court issued such a direction after considering the case.

The Division Bench while allowing the writ appeals had held that as the government has taken the decision after examining the relevant matters, it cannot be considered as unreasonable, unfair, or arbitrary.

This judgment of the Division Bench of the Kerala High Court setting aside the judgment of the single judge directing action against the 3 cops has been assailed by Nambi Narayanan by way of SLP Nos.17072-17073 of 2015 which is now pending before the Apex Court.

Admitting the writ petition, Justice A. Muhamed Mustaque before whom the matter came up, ordered urgent notice to the respondents. He also made it clear in an interim order that the civil court before whom Mr. Nambi Narayanan had filed a case seeking compensation, shall consider the case untrammelled by the order of the NHRC.