It Is Not Possible To Put Any Good Sense In His Mind; SC Declines To Take Contempt Against Litigant Who Made Reckless Allegations Against Judges, SC Registry [Read Order] 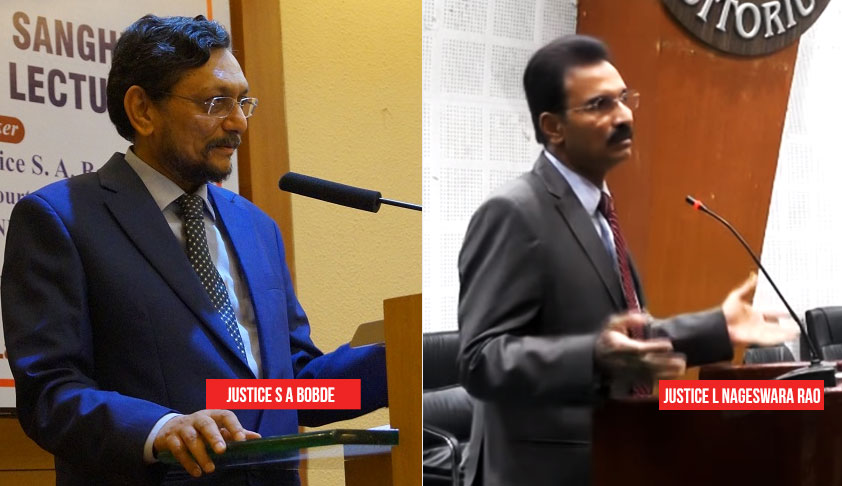 Supreme Court has declined to take contempt against a litigant who made reckless allegations against judges and Registry, observing that ‘his conduct is hopeless’ and that ‘it is not possible to put any good sense in his mind’.

Biswa Nath Banik, who was sentenced to jail in a contempt case, had approached the apex court, preferring a miscellaneous application.

Perusing the application, a Division Bench of Justices SA Bobde And Nageswara Rao observed: “The allegations which are on record are extremely contumacious. We do not consider it appropriate to reproduce the same in this order, since they are a matter of record. Suffice it to say that the allegations are not only against the officials of the Registry of this Court and other Courts but also against counsels and the Judges who have dealt with his matter. Needless to say such allegations bring the administration of justice into disrepute and constitute criminal contempt of this Court.”

“We decline to take cognizance of the petitioner's conduct in the contempt jurisdiction of this Court because we consider his conduct to be hopeless and we are satisfied that it is not possible to put any good sense in his mind. Moreover, it is not necessary to take action since the petitioner who is present in Court has tendered an apology for the allegations made therein. His statement that he wishes to withdraw his application is taken on record,” the bench said.

Taking note of the fact that he was sentenced for contempt of court, the bench said: “Apparently his conviction and sentence has not had the desired effect and the petitioner continues to give vent to his frustration in Court proceedings. He has also done so in the present case.”

The bench, however, directed that he shall be permanently restrained from taking out any proceedings or moving any court, including this court, in relation to title suit or any motion or application arising therefrom and that he shall not be issued a proximity card or pass of the Supreme Court if he seeks entry in relation to any proceedings arising out of title suit.

“However, it is made clear that he is entitled to approach any court in respect of grievance other than the subject matter of the present proceedings and shall not be denied access to justice. We further make it clear that the appropriate court will be entitled to reject his proceedings if the allegations are improper, scurrilous or contemptuous,” the bench clarified.

The bench also directed that record of this case along with his proximity card be sealed and in any case shall not be published anywhere.