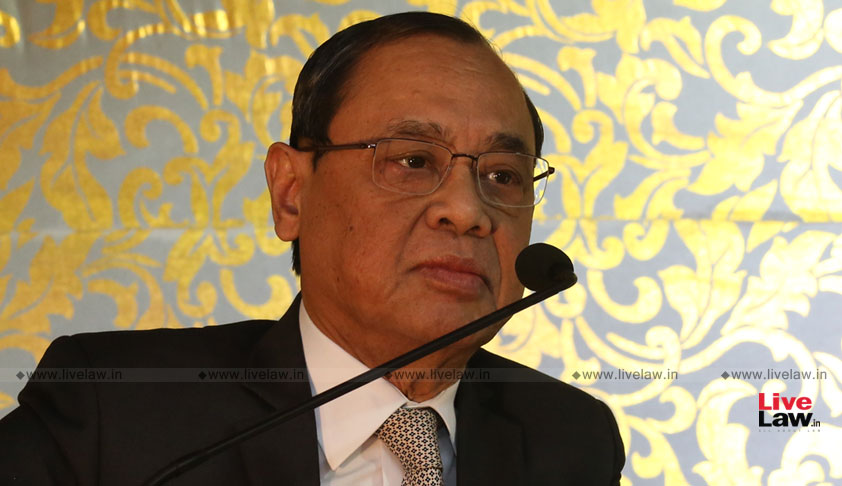 The Supreme Court on Tuesday adjourned to January the hearing on the SLP arising out of the October 24 judgment of the Bombay High Court by virtue of which a Pune court’s order granting additional 90 days’ time for further investigation and filing the charge sheet against lawyer Surendra Gadling and other activists accused in connection with the Bhima-Koregaon violence was set...

The Supreme Court on Tuesday adjourned to January the hearing on the SLP arising out of the October 24 judgment of the Bombay High Court by virtue of which a Pune court’s order granting additional 90 days’ time for further investigation and filing the charge sheet against lawyer Surendra Gadling and other activists accused in connection with the Bhima-Koregaon violence was set aside.

On October 29, the apex court had stayed and issued notice on this plea preferred by the state of Maharashtra.

Before the High Court, it was the case of the accused that though section 43-D of the UAPA requires an application for extension of time to be filed by the Public Prosecutor, in the present instance, the same was moved by the investigating officer. While High Court Justice Mridula Bhatkar’s verdict paved the way for Gadling and other activists to be released on bail, the judge had stayed her own order from becoming operational till November 1, following a request from the Maharashtra government, thus giving time to the state to file an appeal before the top court.

At the previous hearing, the bench headed by Chief Justice Ranjan Gogoi had required the “gist of allegations”, as revealed upon the completion of investigation, against the accused-activists to be placed before it.

In view of the 7,000-page charge sheet produced by the Maharashtra police, the Counsel for the activists sought time to examine the same.

Deferring the hearing, the Chief Justice remarked on a humorous note that “it took 7,000 pages to make out a case”.

Also listed on Tuesday was the SLP preferred by the government of Maharashtra against the Delhi High Court order releasing activist Gautam Navlakha from house arrest five weeks after he and four other rights activists were taken into custody in connection with the Bhima Koregaon violence. The High Court had also quashed the transit remand order from Saket in Delhi to Pune, issued by the Chief Metrapolitan Magisrate, Saket, on the ground that there were grave procedural irregularities.

On October 29, the Supreme Court had issued notice on it.

At the last occasion on December 3, Senior Advocate Mukul Rohatgi, representing the state of Maharashtra, had submitted, “The short facts are that these respondents are acccused of several offences under the IPC as well as the UAPA. The normal period for filing a chargesheet is 90 days, but the UAPA allows an exception for the extension of this period to 180 days if the court is satisfied of the need on the report of the Public Prosecutor. Now, in this case, what had happened is that first the Investigating Officer made an application for extension. On the same day, the government pleader also filed an application setting out the nature of offences- that the accused are members of a banned outfit called the CPI(M), that the sovereignty and integrity of the country is at risk by virtue of their objectives and proposed activities, that they were responsible for the havoc wreaked by the Bhima-Koregaon riots, that some members of their group are underground and that, in the course of the investigation and house-search, alarming materials have come to light...”

When the Chief Justice inquired about rationale behind the impugned High Court order, he explained, “one objection that the High Court has taken is that the law requires for there to be a ‘report’ by the PP and not an application. This, in my view, makes no difference. Secondly, it is being claimed that the IO is incompetent to make a request in this behalf and that there has been no application of mind by the PP on account of his application also bearing the IO’s signature. But it is not as if the PP copied the IO’s application. The Substance of the averments is absolutely different. Both were filed on the same day as the time was expiring, but they are not verbatim...the court should not have gone on technicality but the merits”

“Has the chargesheet been filed”, Chief Justice Gogoi wanted to know. “Yes, it was filed after the 90-day period but before the expiration of the 180 days...The bail is pending. They can apply. Your Lordships may fix a timeframe and we can argue, now that the chargesheet has been filed”, asserted Mr. Rohatgi.

When the Chief Justice asked since when the accused have been in custody, the Senior Advocate replied, “Since June...but the charges against them are extremely serious so no technicality should operate against the state”

“the authority has to be the PP and not the IO. Then doesn’t the IO’s signature (on the PP’s application) show no application of mind on his part?”, quizzed Justice Joseph.

“That would be true if the applications were the same”, responded Mr. Rohatgi.

“You are saying the High Court should have taken a broader view and looked at the charges?”, asked the Chief Justice.

“This is not an application by the PP. In Thakur’s case (Hitendra Vishnu Thakur v. State of Maharashtra; 1994), this court has said that the application has to be filed by the PP through the IO. Then the PP has to see if it is justified or not before filing it in court”, insisted Senior Advocates Kapil Sibal and Abhishek Manu Singhvi, adding that as per the judgments of the apex court, the accused are entitled to bail even after the chargesheet has been filed.

“We will not go into the technicality, but we would like to see the charges”, stated the Chief Justice.

“It is a matter of life and liberty. In case of There being no report by the PP, they are entitled to bail. I have an indefeasible right by reason of non-application of mind by the PP”, pressed Senior Counsel Indira Jaising.

She continued that during the pendency of the matter in the Supreme Court, another case has been lodged against lawyer-activist Surendra Gadling, one of the accused, on which summons have been issued- “there is an attempt at evergreening the issue...the whole idea is that if any court grants bail, another case is filed”

The Chief Justice had allowed her to produce the relevant details.