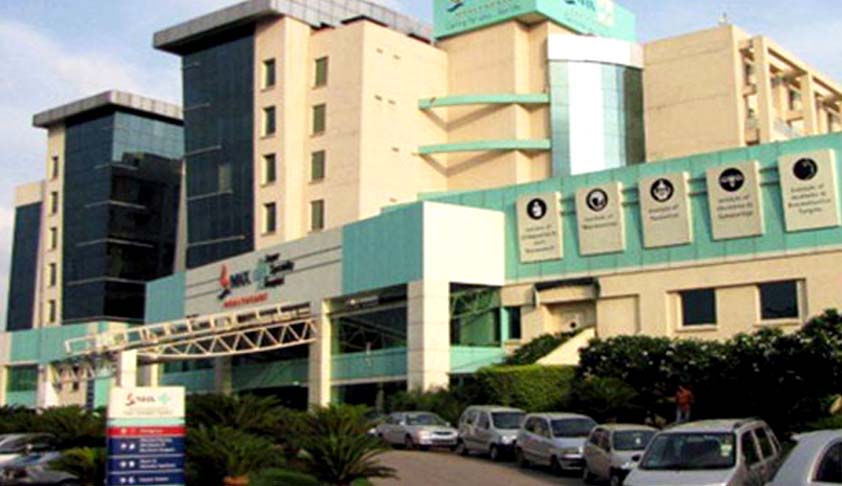 The Income Tax Appellate Tribunal has held that a charitable trust that runs the Max Super Specialty Hospital in south Delhi's posh Saket area was not entitled to tax exemptions and cannot held to be a Charitable TrustThe Tribunal has severely criticized the so called Charitable Trust. The foundation "was charitable to only one entity out of the whole planet, i.e., the corporate Max...

The Tribunal has severely criticized the so called  Charitable Trust. The foundation "was charitable to only one entity out of the whole planet, i.e., the corporate Max group of companies. It was not charitable towards society or public at large but, in fact, it was uncharitable,"said ITAT vice-president GC Gupta though the order.

The Appeal was filed against the order passed by the Director of Income Tax (Exemptions), Delhi dated 28th December, 2011, cancelling the registration granted to the Devki Devi Foundation under Section 12A of the Income-tax Act, 1961 since the inception of the trust.

The DIT had recorded that the hospital is virtually run by the Max Group of Companies which are corporate bodies established with the clear intention of profit motive and this is against the basic principles of the charitable organization. It was also recorded that huge payments to the Max group concerns were made under various agreements totaling to over `40 crores in assessment year 2008-09 which shows that the Foundation was working only for the monetary benefit of certain corporate concerns and not working as a philanthropic organization.

The land was provided to the hospital on the stipulation that it would provide 10% totally free indoor treatment and 20% free OPD for the weaker sections of the society. This limit of 20% free OPD was later on raised to 25% by the Delhi Government on directive from the Hon'ble Jurisdictional High Court.By looking at the activities, the Foundation's registration came to be cancelled by holding that it was not entitled for the exemption under Section 11 as its activities would not be classified as charitable activities since inception.

Challenging the cancellation of the registration, the Foundation submitted that "the reasoning of the Revenue that the assessee was not providing free beds to poor sections of the society was unsustainable for the simple reason that the assessee has made provision for free beds but if the poor people do not come forward and avail the facility of free medical services, the assessee could not be blamed."

The CIT-DR had, on the other hand, relied on the objects mentioned in the Memorandum of Association of the Foundation which was established under the Societies Registration Act, 1860. It then contended that despite being listed as the main object of the establishment, the Foundation had not undertaken any research work. Therefore, it submitted, that it was rightly denied the exemption under Section 12A/12AA of the Act.

He further submitted that there is no evidence that the Foundation was running the charitable activity of running a hospital on commercial lines.

Accepting this contention, the ITAT observed that "exemption granted under Section 12A to the assessee-society could validly be cancelled on this short issue as the assessee has not undertaken its activities in consonance with the objects of the society as detailed in the memorandum of association".

The ITAT also found that Devki Devi Foundation had entrusted the construction of the hospital building, supply of equipment, engagement of the doctors and surgeons etc. to Max Group of Companies, which is admittedly a profitmaking concern and not a charitable institution. All the agreements entered into by the assessee-society with the Max Group of Companies were highly tilted to give due and undue benefits to the Max Group.

It further found that the hospital is being run on commercial lines as the assessee has spent about`1 crore on advertisements alone in a year.

The ITAT concluded, "We find that whether a particular society or trust is running its affairs in a charitable manner or not depends on the facts and circumstances of each case. It is a matter of common knowledge that even educational institutions or hospitals are being sold like vegetables these days. It is not that none of the charitable institutions are doing services to the society; in fact, some of the charitable institutions are rendering exemplary services to the weaker sections of the society as charity is a part of Indian culture right from time immemorial. We are of the considered view that no hard and fast rule to distinguish between the societies/trusts rendering real service of charitable nature and the institutions being run on commercial lines could be laid down."

It then listed down 11 tests in order to determine whether a particular society or trust is running its affairs in a charitable manner or not. These are:

(ii) Whether the conditions provided in the lease deed of the land allotted or any other benefit derived by the society/trust from the government or semi-government or from any section of the society have been complied with in letter and spirit;

(iii) The element of profit earned by the society/trust whether reasonable with regard to the total volume of activities undertaken by it;

(iv) The activities whether they are charitable in nature or not;

(v) Whether any siphoning of funds is present in the payments made by the society/trust to any person whether connected with the assessee or not;

(vi) Whether the activities of such society/trust were genuine;

(viii) Whether the activities of the trust are being conducted on commercial lines by charging at a maximum amount by the society/trust from its constituents;

(ix) The dominant object of the society, whether charitable and not to earn profit;

(x) Whether society/trust was supported wholly or in part by voluntary contributions from the society or its members;

The ITAT Concludes: "It seems that the assessee-society was charitable to only one entity out of the whole planet, i.e., the corporate Max Group of companies. It was not charitable towards the society or public at large but, in fact, it was "uncharitable". It conducted its affairs in such a way that inspite of charging the most exorbitant fees etc. from its patients in the capital city of the country, if not the highest rates so charged, siphoned off its receipts to commercial corporate companies by entering into a number of agreements with them, to make itself liable to the entire amount of its excess of income over expenditure and even more and after deducting allowable expenditure, the net income was negative i.e. a "loss", year after year. The reason for such modusoperandi is best known to the assessee-society itself or to be investigated by the concerned agencies or the government allotting the prime land to the assessee-society on certain conditions, never fulfilled by the assessee-society"

It concluded that Devki Devi Foundation failed test to be a Charitable Trust.