Jairam Ramesh Moves SC Against Diluting Of Rules On Appointments To Tribunals, Including NGT [Read Petition] 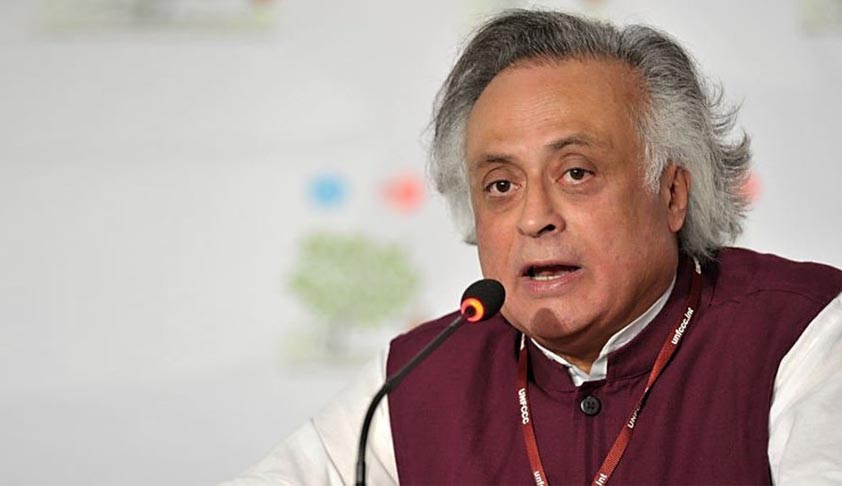 Congress MP Jairam Ramesh on Friday again moved the Supreme Court challenging the provisions of the Finance Act, 2017, which confers “uncanalised power on Central government” to provide for qualifications and conditions of service of members of various tribunals, especially the National Green Tribunal.

In the petition, Ramesh challenged sections 182, 183, 184 and 185 of the Finance Act, 2017, as well as rules framed under section 184 referred to as the Tribunal, Appellate Tribunal and other Authorities (Qualifications, Experience And Other Conditions Of Service Of Members) Rules, 2017.

The petition stated: “Section 184 confers upon the Central government uncanalised and unguided power to make rules to provide for qualifications, appointment, term of office, salary and allowances, resignation, removal and other terms and conditions of service of chairperson and other members of tribunal, appellate tribunal and other authorities specified in eighth schedule of the Act.”

He said section 184 “suffers from vice of excessive delegation”.

He also stated that the Centre has, under the Rules, sought to modify the qualifications and appointment provisions contained in the National Green Tribunal Act, 2010, that have now been replaced by the Finance Act, 2017.

He said such modification would lower the threshold of scrutiny as the rules do not require to be passed by the Legislature. Rules are to be placed before Parliament only for post facto scrutiny, unlike legislation (the NGT Act, in this case), which have to be passed by both Houses of Parliament and then receive Presidential assent to acquire the force of law.

“Thus, by giving the Central government such unbridled power in relation to determination of such conditions of service of members of the NGT, the principle of separation of powers, which is the basic structure of Constitution, is being violated,” the petition said.

Ramesh called the passing of the Finance Act, 2017, a colourable exercise of power and a fraud on the Constitution, the democracy and people of India.