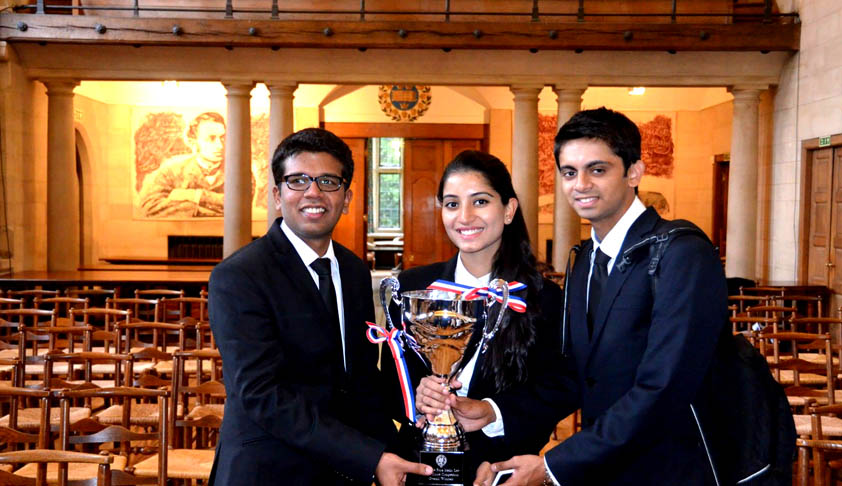 Teams from around the world participated in the competition which is a global initiative of the Programme in Comparative Media Law & Policy (PCMLP) at the Centre for Socio-Legal Studies, a research and policy programme, which brings together scholars, policymakers and practitioners to study modern-day issues in global media law and policy. Professor Monroe E. Price and StefaanVerhulst founded the Price Media Law Moot Court Programme in the year 1996, with a grant from the Markle Foundation and the cooperation of the Howard M. Squadron Program in Law, Media, and Society at the Benjamin N. Cardozo School of Law in New York.

From 1- 4 April, 2014 35 teams gathered in Oxford for the 7th edition of the International Rounds of the Monroe Price Media Law Moot Court Competition. The competition was represented by various countries, which included the USA, Brazil, India, Egypt, Qatar, Singapore, Croatia, Greece, Kenya and Australia among others. Two new regional rounds (East Africa and China) through the past year were added in the competition. A case concerning the legal safeguards for journalists’ vis-à-vis non-professional news disseminators, on-line privacy, data protection and Internet regulation was argued by the participants before highly qualified benches of internationally recognized academics, practitioners and lawyers from the media and ICT industries serving as judges.

India’s Jindal Global Law School – winners of the Regional Rounds in South Asia this year – and the University of Oxford after three days of fervent arguments, emerged as the two finalists over a list of teams who qualified for the advanced rounds that included Brooklyn Law School (USA), Hugh Wooding Law School (Trinidad & Tobago), University of Technology of Sydney (Australia), Queen Mary University of London (UK), Singapore Management University and China University of Political Science and Law in the quarter-finals.

The finals bench was chaired by Justice Elsie Thompson Nwanwuri of the African Court on Human and Peoples’ Rights and comprised Mr Desmond Browne QC, MrXiongshanCai of Tencent, Mr Mark Stephens CBE and Ms Gill Phillips of the Guardian. After the oralists of the two teams used their most sophisticated arguments, the eminent judges declared the team from India the overall winners of the competition.Last year the Price Media moot world rounds trophy was won by NLU Delhi, while Nalsar, Hyderabad was the one to win it in the year 2012.

Best Oralist in the Final: