Job Insecurity Shouldn’t Be Created For Teachers Or Lecturers Who Dedicate Their Life For Education Of Students: SC [Read Judgment] 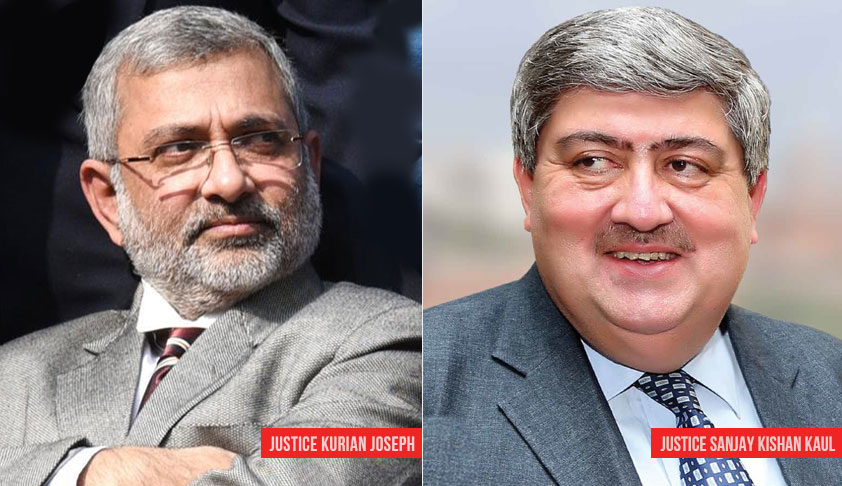 While considering a plea of a teacher in a service-related matter, the Supreme Court has observed that insecurity should not be created in the employment of teachers or lecturers who dedicate their life for the education of the students, which is of utmost importanceThe bench of Justice Kurian Joseph and Justice Sanjay Kishan Kaul (in Ahalya A Samtaney vs. State of Maharashtra) made this...

While considering a plea of a teacher in a service-related matter, the Supreme Court has observed that insecurity should not be created in the employment of teachers or lecturers who dedicate their life for the education of the students, which is of utmost importance

The bench of Justice Kurian Joseph and Justice Sanjay Kishan Kaul (in Ahalya A Samtaney vs. State of Maharashtra) made this remark while allowing an appeal against Bombay High Court order that had rejected a lecturer’s plea to regularize her pay from 1976 and order for payment of the difference in salary.

The appellant, Ahalya, was appointed as a tutor of English in the H.R. College of Commerce and Economics, Mumbai (respondent No.6), and she carried on her professional duties from 15.12.1974 to 31.7.1975 in the grade pay-scale of Rs.250-15-400. The then existing pattern of education was of 10 years schooling and 4 years of college. The Mumbai University approved her appointment on 15.5.1975.

Ahalya then filed a writ petition before the Bombay High Court in 1998 seeking regularization of pay-scale. She rested her arguments on Government of Maharashtra Resolution dated 27.11.1991, which accorded certain benefits to such persons as the appellant.

However, the high court found favour with the submission on the part of the government that her appointment in the senior college was not continuous as her service were terminated on 30.9.1976 and she was reappointed in the junior college from 1.10.1976. The petition was also dismissed on the ground of delay and latches observing that the petition is filed in the year 1998 making grievance about her pay scale in the year 1976.

After that she approached the apex court, which accepted her contention that she had been in continuous service, but for this artificial break of one day, arising from the change in curriculum.

The bench then referred to another Bombay High court judgment in a case of an artificial break arising from the change in the education pattern and observed: “We are in complete agreement with the approach adopted by the High Court in the aforesaid judgment of deprecating such artificial breaks to deny the benefit to an employee, more so a teacher. We cannot lose sight of the fact that security of tenure for a teacher, who dedicates her life for education of the students, is of utmost importance. Insecurity should not be created in the employment of such lecturers or teachers, more so when they are through a process of really a subterfuge of giving artificial breaks. Another plus point is that this artificial break is also the result of a change in the educational curriculum. It is really a matter of internal adjustment arising from the change in curriculum and the appellant has been in continuous service for two decades, but for this one day break. This is how it has been really understood by the college and by the State Government, as they have given pension to her which is admissible after 20 years of service.”

Allowing the appeal, the bench held that she is entitled to be treated in the pay-scale of Rs.700-1600 and is entitled to all the benefits of the Resolution dated 27.11.1991.

The respondents were ordered to calculate the emoluments due to the appellant in the aforesaid terms within three months and remit the same to her within the same period of time.