Judges Appointment: Executive Primacy to Judicial Primacy and Road Ahead 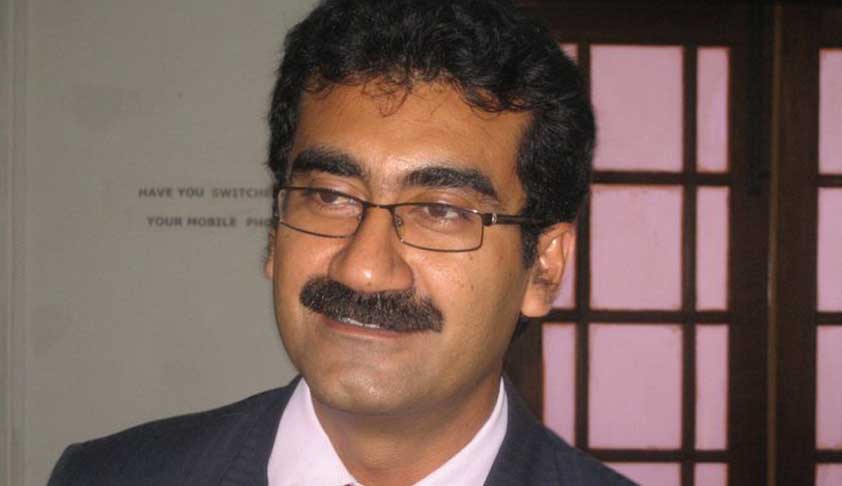 x
In S P Gupta v. Union of India, the First Judges case, the Hon’ble Supreme Court gave a literal meaning to the word ‘consultation’ appearing in Articles 124 and 217 of the Constitution. The Court took the view that the opinion of the Chief Justice of India (CJI) is merely consultative and the final decision in the matter of appointment of judges is left in the hands of the Central Executive. The challenge to the executive primacy thus failed in the first Judges case.

The system then in vogue and the above judgment came under severe criticism on the ground that the appointments were prone to political influence and hampered the independence of judiciary. There was demand for amendment of the Constitution to curb the primacy of the executive in the appointment of judges. In its 121st report issued in 1987 the Law Commission advocated the setting up of a judicial commission for appointment of judges. The matter was again considered by a nine judges bench in Supreme Court Advocates–on-Record Association v. Union of India, popularly known as the Second Judges case. In this case the majority gave up literal interpretation and adopted a wider meaning of the provisions in Articles 124 and 217. Particularly, the word ‘consultation’ was given a broad meaning. The Second Judges case overruled the view in S.P Gupta case by a sort of purposive interpretation resorting to the “constitutional philosophy” and “independence of judiciary”. The court thus held:

“In the choice of a candidate suitable for appointment, the opinion of the Chief Justice of India should have the greatest weight as he is best suited to know the worth of the appointee; the selection should be made as a result of a participatory consultative process in which the executive has the power to act as a mere check on the exercise of power by the Chief Justice of India, to achieve the constitutional purpose. Thus, the executive element in the appointment process is reduced to the minimum and any political influence is eliminated.”

In Re Presidential Reference case, known as the Third Judges case again a 9 judges bench elaborated and clarified the Second judges case. It was held that the opinion of the Chief justice of India has to be formed on the basis of consultation with the collegium, comprising of him and the four senior most Supreme Court judges and the opinion of all members of the collegiums in respect of each recommendation should be in writing. The plurality of Judges in the formation of the opinion of the Chief Justice of India is emphasized as a check against the likelihood of arbitrariness or bias.

Thus by a process of ‘judicial invention’ what is called the ‘collegium’ system of appointment of judges came in to existence.

The primacy of the executive in the appointment of judges which was in existence prior to the Supreme Court Advocates –on-Record Association v. Union of India (Second Judges case) was under severe criticism as stated above.  Supersession of Justices Jaishanker Manilal Shelat, K S Hegde and A N Grover and the appointment of Justice A N Ray as the Chief Justice after the Judgment in Kesavananda Bharati case, Supersession of Justice H R Khanna and the appointment  of Justice M H Beg as Chief Justice as a consequence of the dissent in the ‘infamous’  Habeas Corpus case,  arbitrary transfers of judges of the High Court during the National Emergency, Refusal to confirm U.R Lalith Additional Judge of the Bombay High Court who granted bail to students during the emergency  and R.N Aggarwal Additional Judge of Delhi High Court who had ordered Kuldip Nayar to be released from preventive detention, exclusion of eminent judges like G.P Singh from elevation to Supreme Court were among the instances highlighted as politically motivated, revengeful and a testimony of the drawback and danger of executive primacy.

The collegium system has come a full circle now. The recent revelations by Justice Bhasker Bhattacharya (present Chief Justice, Gujarat High Court) that he was not elevated to the Supreme Court for opposing the appointment of Justice Shukla Kabir,the sister of the former Chief Justice of India Altamas Kabir, as a judge of Calcutta High Court while he was a member of the Collegium of the Calcutta High Court and also the release of the excerpts from the conversation between Justice M N Venkitachaliah and Justice Bhat as described by Justice Bhat in his Autobiography cast serious question marks on the collegium system of appointment. In the above circumstances doubts are raised that even the collegium of judges are prone to irrelevant considerations in the matter of selection and more so in the non selection of meritorious judges to the Supreme Court. Non elevation of Justice A P Shah former chief justice of Delhi High Court and Justice U L Bhatt former Chief Justice of Madhya Pradesh High Court are generally cited as instances of prejudice and unfairness. The lack of transparency and allegations of unfairness in the collegium system have evoked strong opinions for a change in the system.

Ironically, the following eminent lawyers Ram Jetmalani, Shanti Bhushan, Fali S Nariman and Kapil Sibal who argued for primacy of the Chief justice and collegium system; and succeeded in the Second Judges Case to pursue the majority in the Bench to overrule S P Gupta Case, have now suggested for an overhaul of the existing system. Even Justice J S Verma who delivered the majority judgment in the Second Judges’ case had a change of mind and had come out heavily on the prevailing system. Justice Verma said:

“My 1993 judgment, which holds the field, was very much misunderstood and misused. It was in that context I said the working of the judgment now for some time is raising serious questions, which cannot be called unreasonable. Therefore, some kind of rethink is required.”

“Some drawbacks are there, nowadays it is pointed out that relatives or family members are being considered, one or two drawbacks are there, we are taking note of those aspects also. If government have any material that the particular candidate is not suitable any collegium will consider if reasons are given. The grievance of the government is that they are not able to select any person; they cannot identify the persons that job rests with Collegium. Collegium judges have the opportunity of reading the judgments of the high court judge’s orders and the chief justice and the collegium judges of the High court have the opportunity of hearing the arguments of the particular counsel. That is the advantage of the Collegium.”

His immediate predecessor Justice Altamas Kabir is of the view that under the existing circumstances collegium system is the best we could have. Justice V R Krishna Iyer has expressed strongly, his dissatisfaction in the manner in which the collegium system had functioned and describes the collegium as “constitutionally irrelevant institution”.

As noted above, a situation has arisen where even the High Court Chief Justices are coming up with allegations of bias against the collegium and the current Chief Justice and predecessors in office are asked in television interviews about the allegations and the possible bias in the elevation or non elevation of a particular judge to the Supreme Court and making them defend the existing system and their actions as members or head of the collegiums. This depiction gives out a bad perception about the present system of appointment of Judges to Supreme Court and High Court. Giving room for such attacks on the impartiality of collegium judges at the High court and Supreme Court level will undermine the judiciary as a whole as the common man expects judges at all level to be impartial in discharge of their judicial functions.

The Judges at such higher level should not be put in a situation to face allegations of gross bias from their brother judges as in the case of allegations raised by Justice Bhattacharya. The image of impartial judiciary has to be preserved. May be that vesting of absolute power and primacy in one institution in the matter of appointment of judges is not the ideal process and would be prone to allegations as are being raised now. There is a need to free the collegium from unchecked powers in appointment of judges. Let the selection be done by a more representative body where due weightage is given to the views of chief justice/judiciary, but not primacy.  There have been proposals for constituting a National Judicial Commission for appointment, transfer and to probe misconduct of Judges. It would be proper to amend the Constitution and bring in a procedure/system for appointment of judges to the Supreme Court and High Courts, with effective checks and balances. Whatever may be the nomenclature of such a body for selection, the paramount criteria should be greater transparency in the selection process, where there is no room for personal predilections.

Nizam A started his career as an Advocate. He later joined the Kerala Judicial Service and served as Munsiff Magistrate for a year and a half before resigning from the post recently.
Next Story
Similar Posts
+ View more
Law Firms
+ More