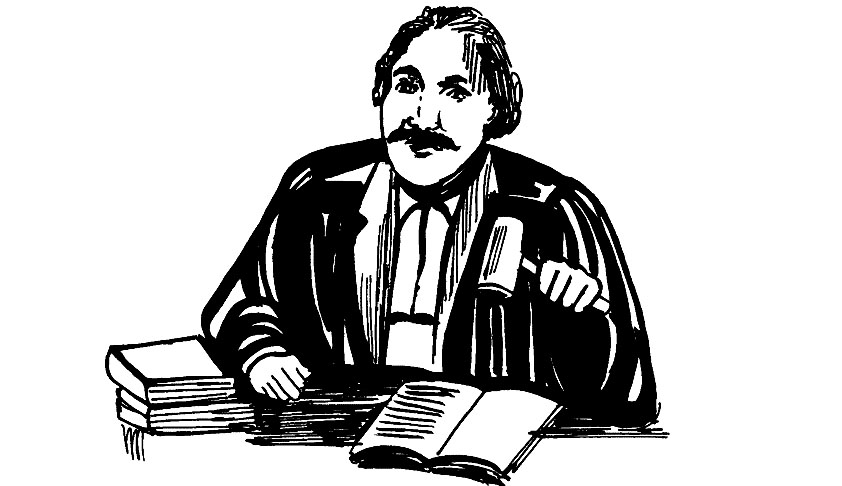 On 22nd April 2014, Supreme Court of India delivered a judgment in a Public Interest Litigation (PIL) filed by an orthopedic Surgeon, who is concerned with the alarming number of road accidents in our country. A bench consisting of Chief Justice P.Sathasivam, Justices Ranjan Gogoi and N.V. Ramana heard thematter in detail and gave deep thoughts to the points raised by the petitioner....

On 22nd April 2014, Supreme Court of India delivered a judgment in a Public Interest Litigation (PIL) filed by an orthopedic Surgeon, who is concerned with the alarming number of road accidents in our country. A bench consisting of Chief Justice P.Sathasivam, Justices Ranjan Gogoi and N.V. Ramana heard thematter in detail and gave deep thoughts to the points raised by the petitioner. Court graciously accepted the arguments put forward by the petitioner with data comparing the number of accidents and the number of persons killed in road accidents in India from 2004 to 2009 with that of China, the most populous country in the world. Road net work in India, number of vehicles, number of persons died and seriously injured in India, USA, UK, China and Brazil are given in Paragraph 19 of the judgment and from the said data court concluded that ‘Indian roads are giant killers demanding immediate attention and remedial action.

The PIL with a noble cause,aimed at reducing the number of accidents, quick and speedy treatment including suitable mode of transport for the victims of road accidents. The petitioner highlighted the defects of the present system which are contributory factors to increase the number of injured as well as dead with the help of data submitted by the 4 Working Groups, viz. Engineering, Enforcement, Education and Emergency Care. Supreme Court explained the relevant provisions of Motor Vehicles Act, 1988 with respect to licensing, Vehicles Fitness, Use of roads etc. in paragraph 24 to 26 of the Judgment. Court has directed the Central Government as well as the State Governments to make road safety an integral part of road design at the planning stage and conduct regular road safety audit of selected stretches of expressways and other highways to identify “black spots” where large number of accidents occur and regular maintenance of all highways and roads by the respective governments.

Supreme Court clearly stated the importance of informing and educating the citizens of the virtue of road safety, that only can lead to better and safer use of the roads and vehicles, also directed the Union Government to continue to expand its efforts as well as those implemented by the state Governments. Court also observed that many deaths, loss of limbs and serious disfiguration of victims can be saved/assuaged by timely medical attention. Lack of adequate number of good Samaritans, disputes between authorities over jurisdiction, delay in victims reaching hospitals, lack of ambulances, infrastructure, facilities in hospitals, etc. are serious threat to victims’ life. Court concluded with the noting that all the existing provision of Motor Vehicles Act are required to be implemented by the Union and State Governments with suitable amendments which are legislative considerations would be expedited and emergency care suitably implemented and extended subject to the limits of its financial ability. In order to ensure the success of the road safety process undertaken, Supreme Court felt the need for a Committee to monitor the process on behalf of the Court, for which suomoto constituted the committee with Hon’ble Mr. Justice K.S. Radhakrishnan, Judge of the Supreme Court as Chairperson (with effect from 15th May 2014); Mr. S. Sunder, Distinguished Fellow, TERI and Dr. (Mrs) Nishi Mittal, Ex.Chief Scientist, CRRI as members. Neither the date of assuming job by both the members above named are mentioned in the judgment nor isit clear as to whether the consent of all the three were obtained by the Court when  appointing them as chairman and members respectively. Moreover, the criterion by which the court zeroed in on them remains under a cloud.

Court also directed all the State Governments as well as different Ministries/Departments of the Central Government who are currently looking after the road safety to report within three months to the Committee indicating the state of implementation and enforcement of all laws pertaining to licensing; certification of fitness of vehicles; limits of the use of vehicles i.e passenger carrying capacity, weight carrying capacity; use of road safety devices; adherence to norms including user of roads and deployment of adequate manpower for enforcement of the existing provisions of law. Supreme Court also directed the Committee to submit its report before the court within three months after receipt of report from the union and the state governments.

In this case, it is worth to mention that the Supreme Court found one suitable person to chair the Committee, none other than the sitting judge and that he shall take up the assignment on the next day of his retirement In India, the minimum qualification required to become a judge of a High Court or Supreme Court as per Art.124 (3) & Art.217 (2)is only 10 years experience as  an advocate. At present more than 1000 law colleges graduate students and there is no shortage of qualified lawyers and law teachers. Tribunals or Commissions are not above the Supreme Court or even High Courts. There is no dearth of candidates for appointment as Judges of Supreme Court/High Courts; if so, then what about the Tribunals?  Hence the concern shown by the Supreme Court in appointing its own sitting judge after his retirement is bound to raise few eyebrows.Much is left to be desired when the court arrogate to itself the said role of appointer when the mantle falls on none other than the brother judge.

This is not the first time Supreme Court of India comes out in open to ensure post retirement jobs for its judges. In Namit Sharma v. Union of India Supreme Court held that ‘Chief Information Commissioners at the Centre or State level shall only be a person who is or has been a Chief Justice of the High Court or a Judge of the Supreme Court of India’, which was widely criticized as 50% reservation for the retired judges and there upon it had to change its view later on a review petition. Similarly, Justice Mukundakam Sharma got an assurance of his next job as head of Vansadhara Water Disputes Tribunal at least four months prior to his retirement on 17th Sept 2011 and Justice Swatanter Kumar also was recommended as head of National Green Tribunal before retirement itself from the Supreme Court.

The Legislature was also generous in reserving posts for the retired judges of the Supreme Court, which can be seen from the following Acts:-

“(a) A person who is or has been a judge of the Supreme Court, to be appointed by the Central Government, who shall be its President”.

The Commission shall consist of:-

(a) a Chairperson who has been a ChiefJustice oftheSupreme Court;

i.e. two seats are exclusively reserved for the judges of Supreme Court and one for a High Court Chief Justice also.

‘A person shall not be qualified for appointment as Chairman or Judicial member of the Tribunal unless he is, or has been a Judge of the Supreme Court of India or Chief Justice of a High Court’.

The defect of the above system is that appeals from the orders of the Consumer National Commission, National Human Rights Commission, and the National Green Tribunal etc. shall lie in the Supreme Court. This makes a situation wherein orders passed by the senior (retired) judges of the Supreme Court, comes for hearing or is challenged before his junior judges. In other words, when an appeal is filed against the order of NHRC, headed by former Chief Justice of India, the said order is challenged before the Supreme Court and it comes for hearing before sitting judges, who are much junior to the former Chief Justice, which is really an awkward position.

There is no surprise in the fact that though several appeals from the National Consumer Commission, National Human Rights Commission, etc. were considered and orders passed by the Supreme Court, but the Court hesitated to mention this awkward issue.

Neither the Bar Council of India nor any of the State Bar Councils has ever shown concern in this cardinal issue by raising the same timely before the Government of India or before the appropriate forum. The professional body which is supposed to protect the professional interest of the members failed to raise the issue of reserving the posts for the retiree judges exclusively, which otherwise would have been gone in favour of lawyers as well as jurists. Especially when the Constitution of India prescribes as follows:-

1. The qualificationsrequired for appointment as Judge of the Supreme Court under Art.124 (3) are:

(a) He should be a citizen of India;

(b) Has  been at least five years a Judge of a High court or of two or more such Courts in succession; or

(c)  Has for at least ten years been an Advocate of a High Court or two or more such Courts in succession; or

(d) is, in the opinion of the President, a distinguished jurist.

2. Qualifications required for appointment as High Court Judge under Article 217 (2):-

(a) He should be a citizen of India;

(b) Has for at least ten years held a judicial office in the territory of India; or

(c)  Has for at least ten years been an Advocate of a High Court or two or more such Courts in succession.

Despite the mandate in the constitution that an eminent jurist could be elevated to the Supreme Court of India as judge, we have yet to see such a step towards the said direction, but we could see that in USA, Canada etc. as they have appointed law professors as Chief Justice/ Judge of the Supreme Court. In several advanced countries, chairman of the Human Rights Commission is not a judge but an academic.

However exalted may be the objective of the judgment, it tends to set a pernicious precedent of conferring on reservation of post retirement assignment by the judges for the judges.