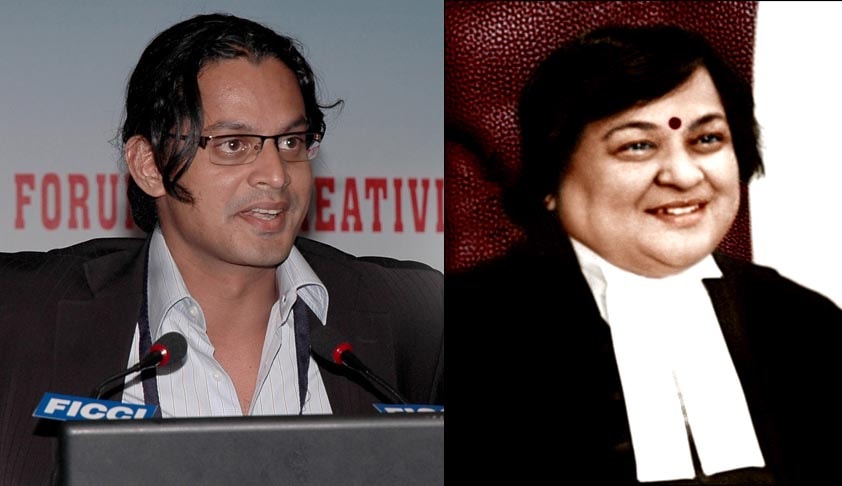 A reckless story in the Times of India  recently drew outrage from the legal fraternity, including a number of reputed senior lawyers. The publication was of a suspicious letter by a fictitious litigant to the Chief Justice of India (CJI), casting serious aspersions on Justice Gita Mittal, a well-regarded judge of the Delhi high court. In pertinent part, the letter appeared to allege...

A reckless story in the Times of India  recently drew outrage from the legal fraternity, including a number of reputed senior lawyers. The publication was of a suspicious letter by a fictitious litigant to the Chief Justice of India (CJI), casting serious aspersions on Justice Gita Mittal, a well-regarded judge of the Delhi high court. In pertinent part, the letter appeared to allege that her judgments were way too short; apparently she penned only “63” pages in the whole month of January.

The assumption in this assertion is that judges ought to craft unduly long decisions in order to demonstrate judicial merit; an assumption that bears some interrogation. More importantly, this assumption forces us to ask: whither access to law? And intelligible access at that? Don’t decisions that meander aimlessly for pages on end thwart the main mission of making the law more known to the common man? Could less be more, when it comes to justice dispensation?

The quickest heuristic when attempting to gauge merit is “quantity”. And in that vein, we often equate “more” with better. Longer answers in exams means more marks, as I quickly realised in school (and even law school for that matter). Similarly, longer decisions from their lordships equate to greater judicial merit!

And yet a quick look at some of our laboriously long-winded decisions are enough to dispel this asinine assumption. The verbiage, in fact, serves to mask the sheer lack of jurisprudential depth. More worryingly, one has to really search for the law or precedent within, if one is lucky enough to find one. They say ignorance of the law is no excuse; but when finding the law within reams of intoxicating verbiage is almost as difficult as that of a needle in a haystack, can the lay person be blamed for failing to follow these coveted canons?

Sample this Supreme Court decision on the constitutionality of criminal law provisions that penalise defamation. The judgment runs into a good 268 pages and is replete language and logic that can only be described as tortuous and twisted. It begins with:

As Tunku Varadarajan tellingly notes in a piece for The Wire, this sentence is “so convoluted – and so riddled with adjectives – as to be impenetrable to lawyer and lay reader alike.” The next sentence is even worse, “surpassing the first in verbosity, obfuscation, flabbiness, meandering length, and analytical ineptitude.”

Or consider the Supreme Court’s landmark ruling in a case dealing with the constitutionality of the National Tax tribunal (NTT). While the court came down heavily on the government for its flippant tribunalisation of justice over the years, did it really need 270 pages to arrive at its finding? Let me reproduce a fictitious letter that I had addressed to the Supreme Court then (and posted on my Facebook page):

There is a beauty to brevity. Did you really require 270 pages to strike down the NTT as unconstitutional? Here is your break-up.

In short, we might have had a good condensed decision of under 50 pages, had your lordships really believed in the power of precision. Sadly, as with most of us in the legal profession, you elected to unleash your garrulousness on a populace struggling to keep up with the law.

While those of our legal ilk will revel in the beauty of this navigational adventure (wading through countless pages to determine what is precedent and what obiter; what counts as your original propositions and what are mere citations from earlier case law etc), do spare a thought for the common man.. a species that all too often has to bear the brunt of an unforgiving Latin maxim that dicates that “ignorance of the law is no excuse”! How do you expect the common man to access the law when it comes layered with this level of verbosity? 270 pages is a put off for any “reasonable” man (or woman) on the Basavangudi bus!

In short, the point of my long winded rant is this: “to make the law more worthy, we need to make it less wordy!”

Unfortunately, the bard and his brief for “brevity” – that it is the soul of wit – have not found favour with our judges. And this brings me back to the current controversy involving Justice Mittal and her woeful lack of loquaciousness. I studied decisions delivered by her in January and February, months allegedly tracked by the fictitious litigant in his lamentable letter. Almost all of the decisions during this time were succinct and intelligible, offering a lucid encapsulation of the law and the facts. In Anup Mittal (Huf) vs M/S. Kanungo Co-Operative Group, she came down strongly on a lavish litigant who insisted on parking all of his four cars in the shared space of a co-operative housing society. And tellingly noted (in a crisp 30 page decision) as below:

“Perceptions that a person’s prosperity are relatable to his address and the vehicle he drives, has led to this paradox of people effecting property and vehicle acquisitions way beyond their real needs. The instant case manifests the mindless assertion of non-existent entitlements to accommodate such acquisitions despite the same being contrary to law, it adversely impacting constitutional rights of others, and resulting in environmental degradation. Perhaps illustrating the words of Mahatma Gandhi when he said: “Earth provides enough to satisfy every man’s need, but not every man’s greed.”

Even in the one decision (PICUP vs Pacquik) that crossed the 100-page mark, she made it a point to offer a useful summary right at the start, including a table of contents, rendering it easy to navigate, access and appreciate. Importantly, the judge delved into tort law, a much neglected area of Indian jurisprudence, and held (in a well-reasoned decision that traversed the intersection of tort and administrative law) that public officials held positions of trust and could be liable for damages under the tort law doctrine of “misfeasance in public office”.

My research also revealed that this is one judge who cares deeply about access to law and justice. In Sajid Ali vs State & Others, she ruled that a Delhi high court rule prohibiting the entry of litigants who did not show an identity card was unconstitutional. For it interfered deeply with the fundamental right to access courts, particularly for underprivileged sections that lived in the shadow of India’s “informal” economy and often did not carry any form of official identification. Unfortunately, her brother judge (and a third judge to whom the split verdict was referred) disagreed and we lost out on what might have been a landmark precedent. In pertinent part, she noted that:

“We cannot permit the high court or the courts subordinate to it, to become a privileged space accessible only to those with ration cards, driving licenses or identity documents by making courts inaccessible to the disadvantaged who are less likely to have government-issued documents of identification. We also cannot allow unreasonable restrictions on the right of public access to courts to stand, reach whereof is beyond addressing contemporary security concerns. To hold otherwise would not only violate a range of constitutionally protected interests, but would also infringe well-established principles central to our system of justice. Access to justice to all has to be the heart beat of every judge and the `mantra’ of every court’s administration.”

In a future article, I hope to highlight some of Justice Mittal’s other decisions to demonstrate their jurisprudential worth. And to make the larger point that gauging judges by the mere arithmetic of numbers does great disservice to them. Particularly in cases such as this one where a well-regarded judge has been wrongly wrung on a faulty metric. A judge blessed with exceptional legal caliber, inviolable integrity and a cathartic compassion that shines through each one of her decisions. But most of all, a strong desire to decode and democratise the law by keeping it short, simple and sweet; and yet without sacrificing any of the jurisprudential rigour that complex cases demand. Precisely the sort of attribute that we ought to encourage as we formulate a metric for evaluating our judges.

Shamnad Basheer is the Founder of IDIA, a movement to empower underprivileged communities through legal education.

This Article is first published in The Wire. LiveLaw republishing it with the permission of the Author. Views are personal.