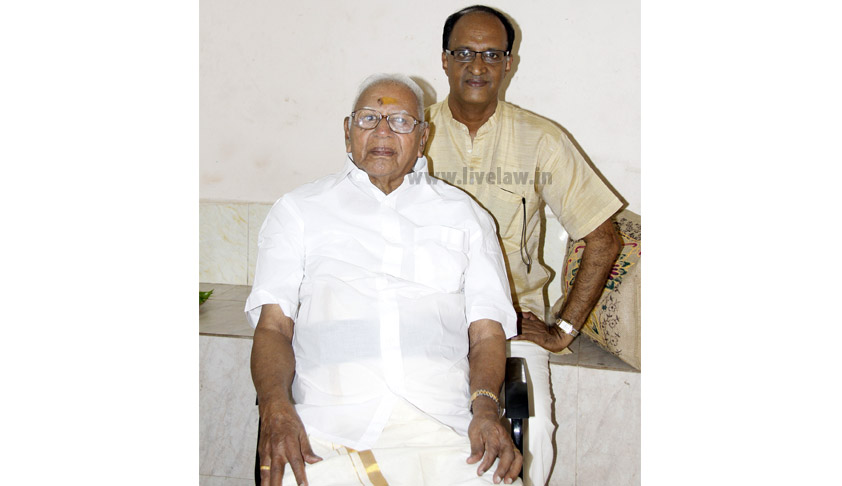 Though his judgments are two decades old it is still golden, being followed to determine many of the issues raised. A clear example is the recent judgment of the Supreme Court of India  on the propriety of the constitution of National Tax Tribunal excluding the writ jurisdiction of the High Courts. The bench relied on the observations Justice Krishna Iyer. The judgment quoted on three places...

Though his judgments are two decades old it is still golden, being followed to determine many of the issues raised. A clear example is the recent judgment of the Supreme Court of India  on the propriety of the constitution of National Tax Tribunal excluding the writ jurisdiction of the High Courts. The bench relied on the observations Justice Krishna Iyer. The judgment quoted on three places the observations made Justice Iyer on jurisdiction. The Constitutional Bench observed:-

The necessity of a judiciary which is in tune with the social philosophy of the Constitution has nowhere been better emphasised than in the words of Justice Krishna Iyer which we quote:

“Appointment of Judges is a serious process where judicial expertise, legal learning, life’s experience and high integrity are components, but above all are two indispensables — social philosophy in active unison with the socialistic articles of the Constitution, and second, but equally important, built-in resistance to pushes and pressures by class interests, private prejudices, government threats and blandishments, party loyalties and contrary economic and political ideologies projecting into pronouncements. (Mainstream, November 22, 1980)”

Justice Krishna Iyer goes on to say in his inimitable style:

“Justice Cardozo approvingly quoted President Theodore Roosevelt’s stress on the social philosophy of the Judges, which shakes and shapes the course of a nation and, therefore, the choice of Judges for the higher Courts which makes and declares the law of the land, must be in tune with the social philosophy of the Constitution. Not mastery of the law alone, but social vision and creative craftsmanship are important inputs in successful justicing. (Mainstream, November 22, 1980)”

The judgments of Krishna Iyer has many dimensions, namely, fearlessness of other power centres, economic or political, and freedom from prejudices acquired and nourished by the class to which the Judges belong. If we may again quote the eloquent words of Justice Krishna Iyer:

“Independence of the Judiciary is not genuflexion; nor is it opposition to every proposition of Government. It is neither Judiciary made to Opposition measure nor Government’s pleasure. (Mainstream, November 22, 1980)

Relying on the above judgment Justice Krishna Iyer the Constitutional Bench has held that the power of judicial review being an integral part of the basic structure of the Constitution, no Act of Parliament can exclude or curtail the powers of the constitutional courts with regard to the enforcement of fundamental rights.

One of the landmark judgments of Justice Krishna Iyer is about the power of the President or Governor. Whether they have independent power than the Cabinet. Justice Iyer answering the question in negative has explained the same in his inimitable style as follows:-

The principles laid down by Justice Iyer through his judgment wail always are a guide to the judiciary in solving many of the questions arise. His judgments are thesis on the subject. He writes judgment with human touch in artistic manner. His command over English language is reflected in many of his judgments. He has even created several words to the situation which was added to the law dictionary later on. The expressions like “daridranarayana” to depict the poor India is a classic example. He is the living legend of Indian Judiciary.

Adv. P.B.SAHASRANAMAN is the Writer of the book  Speaking for the Bench – Selected judgments of Justice V.R.Krishna Iyer.