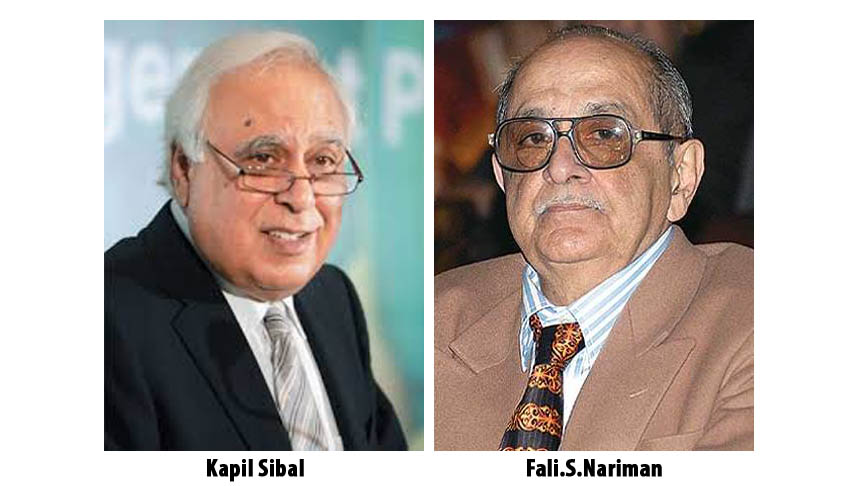 The two amendment Bills aimed at scrapping the collegiums system that has been in place for two decades now, will now reportedly come under scrutiny by the apex Court of the country. Former Union Law Minister Kapil Sibal and eminent Jurist Fali Nariman have decided to challenge the Constitutional validity of Constitution (121st Amendment) Bill, 2014, and the National Judicial Appointments Commission Bill, 2014.

Sibal reportedly stated, “The legislation as passed by the two Houses of Parliament violate the basic structure of the Constitution and it is my duty as a lawyer to seek legal remedy to this serious breach of Constitution by the government. The Supreme Court can and should go into this issue, especially since this pertains to the crucial matter of independence of judiciary.” The Petition is getting readied and will be settled soon.

It is interesting to note that Sibal was also a lawyer in the Second Judges’ case that established the collegium system. Sibal is concerned about some “serious problems” in the Bill. He feels that the Bill infringes upon the independence of the Judiciary, which has been considered as the basic structure of the Indian Constitution. He elaborates, “This Bill allows two members of the proposed NJAC to scuttle the appointment of an individual. How can you give veto power to any two members of the NJAC? Such a provision can be misused, adding that, “The judiciary would be called upon to look at the entire legislation, clause by clause, see if it meets the criteria of independence of the judiciary, the foundation stone of a vibrant democracy. This, I believe, is a basic feature of the Constitution. A judicial determination will have to be made on this issue.”

Fali Nariman echoes Sibal’s concerns and states, “…The independence of the judiciary is now the cornerstone of the Constitution. And anything that is done which damages it is anathema and the people who decide are the judges of the Supreme Court.”

“Many lawyers including myself will move in that direction,” he said, suggesting that he may challenge the Bills.

Nariman, who was among the experts consulted by Law Minister Ravi Shankar Prasad, said that the composition of the proposed NJAC was not satisfactory as it will have only three judges out of six members. According to him, the procedure that provides a veto power to any of the two members to scamper any proposal made by a majority is not acceptable.

“I am sure the Law Minister did not intend all this. He never said all this. We never knew it was going to be the position. What was the tearing hurry?” Nariman asked, adding that, “I personally think there has been some super important event that has occurred which has left all of us flummoxed…some new development in the party itself of which none of us are aware.”

Earlier, referring to the problem areas in the Bill, former Law Minister Kapil Sibal reportedly said, “The main issue relates to independence of the judiciary. This Bill allows two members of the proposed NJAC to scuttle the appointment of an individual. How can you give veto power to any two members of the NJAC? Such a provision can be misused. Then there is the matter of unanimous reiteration if the President refers the names back for recommendation. Just one member can, through his veto, veto any appointment. The Executive may, through this veto power, reject names till it gets an appointment of its choice.”

Former SC Judge K.T. Thomas also voiced his opinion regarding the Bill and defended the Collegium system. He writes, “What is the guarantee that only persons of impeccable and proven integrity, coupled with the moral strength to assert their dissent (if any) on record, would fill up the JAC? Having been a member of the collegium of the Supreme Court, I know how outsiders seek (and get) access so as to canvass for the decision-making process. I doubt that the situation would change if the proposed composition of the JAC were to be implemented. I am also not prepared to say that the selection of “eminent persons” would not become diluted in due course, particularly because of the vagueness in standardizing who these “eminent persons” can be. I am skeptical of the outcome of the JAC in the long run, given that the scope for manipulation and favoritism cannot be fully eliminated even within it.”

The Collegium system has off late seen a lot of criticism, especially in light of Justice Katju’s revelations. Read the revelations and their implications here.