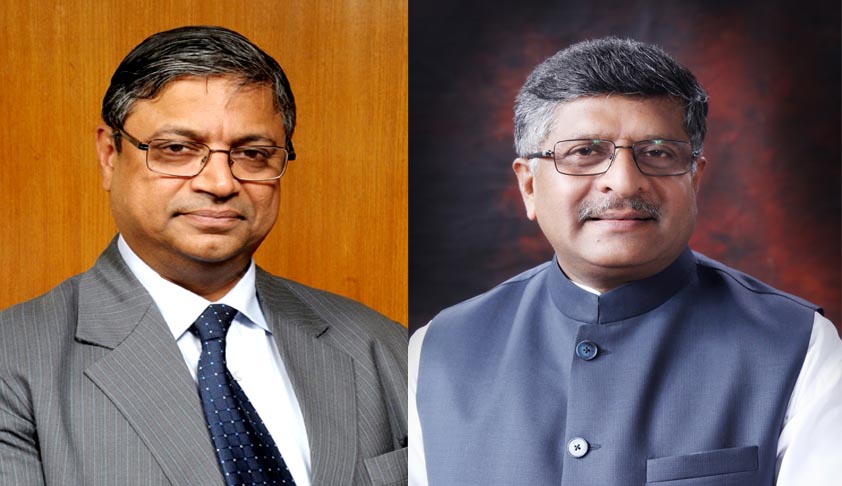 “Abki baar Modi Sarkar” (This time, it’s Modi all the way), they said. “Acche din aane waale hai” (The good times are here), they said. And indeed, what an explosive arrival it has been! From the euphoric elections to the minutely scrutinized oath taking to the brisk steps towards realizing his ‘100 day plan’, Narendra Modi is everywhere. Among the many things for which...

“Abki baar Modi Sarkar” (This time, it’s Modi all the way), they said. “Acche din aane waale hai” (The good times are here), they said. And indeed, what an explosive arrival it has been! From the euphoric elections to the minutely scrutinized oath taking to the brisk steps towards realizing his ‘100 day plan’, Narendra Modi is everywhere. Among the many things for which the Government makes headlines every day, there is one issue which seems to have touched a discordant note with the intelligentsia. The elevation to judgeship of two venerated senior counsels of the Supreme Court, Mr. Rohinton Fali Nariman and Mr. Gopal Subramanium was recommended by the collegium headed by Chief Justice of India, Mr. RM Lodha. This particular elevation has been much talked about primarily because it is after a span of more than a decade that the collegium had chosen members of the Bar to be a part of the Bench. The last such appointee was Justice Santosh Hegde who was made judge of the Apex Court directly from the Bar. However, it is the other (non) recommendation which has captured the imagination of the legal fraternity, mostly because of the subsequent controversy which it generated.

Before one approaches the topic, it is necessary to understand the manner in which judicial appointments are made under the Indian setup. The Chief Justice of India (CJI) alongwith four other senior-most judges of the apex court, form the collegium which is entrusted with the task of appointment of judges. Supreme Court judges are appointed from among the Chief Justices of the various High Courts or the senior-most presiding judges of the High Courts. The concept of having a collegium system in order to make appointments to the highest judicial posts was envisioned after a series of judgments in the cases of SP Gupta Vs Union of India, Supreme Court Advocates-on Record Association Vs Union of India and In re Special Reference 1 of 1998. The system does not have constitutional genesis and is unfettered from executive interference which was also one of the chief rationale given by the Apex Court while deciding the cases mentioned herein above. The power of rejecting or approving the names vests within the collegium and if it decides upon the latter, they are sent to the President of India through the Union government for appointments. The Supreme Court also has the prerogative of appointing prominent lawyers with over 10 years’ of experience as a judge of the apex court. It is this channel of appointment which finds itself in the eye of storm wherein the Union Government hesitated to toe the line of the collegium and segregated Mr. Subramanium’s name from the list of four recommendations proposed by the CJI alongwith his colleagues.

Much has been written about the recommendation and consequent withdrawal of candidature by Mr. Subramanium and both the parties have cited their own reasons to justify their standpoint regarding the issue. While Mr. Subramanium went on record to say that he had been targeted for his honesty & integrity vis-à-vis the Sohrabuddin encounter case (whereby he appeared as amicus curiae and assisted the Court), the Government has maintained a stoic ‘no-comment’ stance all throughout and yet defended its move of requesting a reconsideration to have been well within the constitutional boundaries. Even as one continues to speculate as to what exactly motivated Mr. Subramanium to opt out of the race (The 1993 ruling in the Advocates-on Record Association case clearly held that although the Government had the right to seek reconsideration, but if the collegium reiterated its position, the Government had no option but to comply with its recommendation), it would not be presumptuous to say that it was a decision seemingly based on haste and lack of faith in the collegium. For the distinguished lawyer to have gone ahead and expressed disappointment over an institution which reposed immense faith in him and his credentials and which could have possibly stuck to its guns even the second time was not only preposterous but also impatient. On the other hand, for the Government to have exercised its powers in such a manner reeks of an immense need to assert itself & its superiority even if that means locking horns with the judiciary so blatantly. If one is led to believe the unofficial and (obviously) unconfirmed version to the episode, it is said that the Government found tangible evidence of Mr. Subramanium having personal connections with one of the high profile accused in the 2G scam and therefore, was rightfully concerned about the supposedly stellar credentials of the advocate. However, before rushing off to defend the Government, one must also pause and reflect upon the collegium’s decision which evidently emanated from some of the brightest judicial minds of the country. If the allegation inflicted upon Mr. Subramanium indeed holds water, then would the same not have dawned upon the CJI and his coterie? If yes, then the mere fact that they proceeded with their recommendation evidently shows that the said allegation was either not credible enough to warrant a rollback or not potent enough to cast a shadow over the otherwise spotless reputation of the senior counsel. Whichever way one decides to view the stance of the Government, it is impossible to not sense a hint of arrogance and authoritarianism with which the ‘segregation’ was done, minus the consent and knowledge of the collegium. If one pillar of the democracy has been criticized offlate for ‘judicial over-reach’, then keeping the aforementioned events in mind, another pillar’s acts could very well be termed as ‘executive tyranny’; both of which are perilous to the upkeep of democracy in the country.

The system of checks and balances has forever been viewed as an effective measure to curtail the over-reach of democratic institutions and India has been one such country where this system has worked efficiently, more often than not. Keeping in line with the same doctrine, Parliament recently saw the introduction of Judicial Appointments Commission (JAC) Bill, 2013 which seeks to overhaul the system of judges’ appointment in the higher judiciary by removal of the collegium. Under the JAC, three Supreme Court judges, the Union Law Minister, the Law Secretary as its Convenor, leader of the Opposition, two “eminent persons” as appointed by the Prime Minister and the CJI will make recommendations to the President who shall then proceed to make such appointments. The primary objective behind introducing such reform is to gradually phase out the collegium system of appointment which has for long been castigated for opacity, zero transparency and isolation of the executive from taking decisions on important constitutional posts. As honorable as that object maybe, one cannot help but wonder if the whole purpose of introducing Government’s participation in purely judicial decisions is sufficiently prudent. The grueling demands of the profession, a sharp legal acumen needed to tackle an overflowing docket of cases on a daily basis is no mean feat and these considerations are such that will be lost on the Government if they are entrusted with the job of appointing individuals who ought to be capable enough to discharge such duties effectively. The present constitution of the Supreme Court Bench is a myriad group of highly learned and immensely gifted individuals who work extremely hard to uphold the letter of the law every day. All the sitting judges are a product of the well oiled collegium machinery and are absolutely competent which further explains the level of pendency of cases being relatively low in the Supreme Court as compared to the other Courts in the country. Of course the concerns of corruption, clandestine decisions and nepotism surely exist but if there is anything which the Gopalgate issue has taught us, it’s a fact that irrespective of the independence of judiciary, covert or overt political interference is unavoidable. Depending on who enjoys power in New Delhi, questions over functioning of the Bench will continuously crop up which would definitely go a long way in keeping the levels of corruption in the esteemed institution at an all time low. On the contrary, disrupting a pre-existing & largely effective mechanism may lead us towards the other end of the spectrum i.e. disturbing the independence of the judiciary by molding it into a plaything in the hands of our powerful political masters. Such a situation would be dangerous for the fabric of democracy and fructify the age old adage of ‘Power corrupts but absolute power corrupts absolutely.’

As of now, the Modi government’s action and Justice Lodha’s reaction have demonstrated one thing- Neither will bow down when faced with adversarial situations or in expressing their intentions. Interesting days loom ahead for the Indian State with strong willed people heading different columns of the society. May democracy flourish!

Smriti Suresh is an Advocate, Supreme Court of India