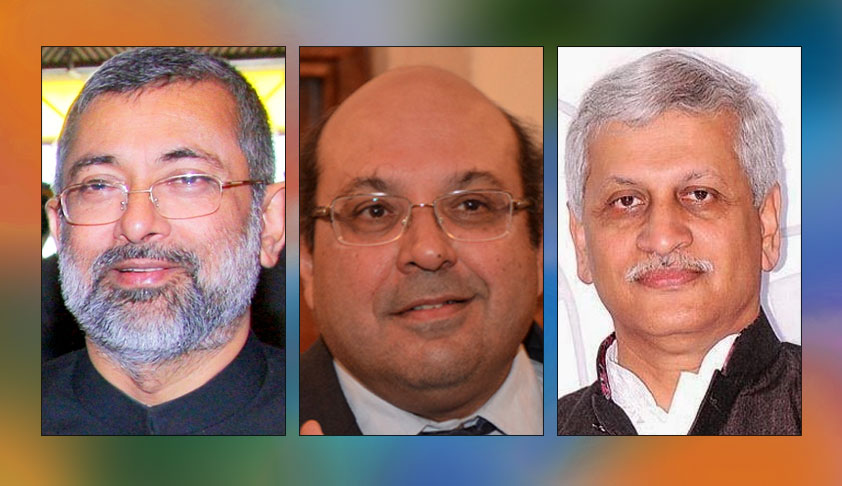 “Supreme Court invalidates Triple Talaq”. As the headlines rang high in the afternoon of 22nd August 2017, important persons from the government started heartily appreciating the order. Many a Muslim women and men welcomed it. And the other women and men too. It all looked like a cause for celebration. It is then that the judgment unfurls, a 395 paged pronouncement, first 273 pages...

“Supreme Court invalidates Triple Talaq”. As the headlines rang high in the afternoon of 22nd August 2017, important persons from the government started heartily appreciating the order. Many a Muslim women and men welcomed it. And the other women and men too. It all looked like a cause for celebration. It is then that the judgment unfurls, a 395 paged pronouncement, first 273 pages taken over by Chief Justice Khehar to record his (minority) view and another around short and simple 30 pages by Justice Kurian Joseph, followed by Justice R.F.Nariman’s resonating dictum that spread across the remaining.

Among the prime writ petitions which led to this judgment were those filed by Shayara Bano and Ishrat Jahan. They and the other petitioners had challenged the constitutionality and therefore the continued validity of ‘talaq-e-biddat’ (Triple Talaq), ‘nikkah halala’ and polygamy which are allegedly permitted under the Muslim Personal Law by virtue of S.2 of Muslim Personal Law (Shariat) Act of 1937. The challenge was based on Arts.14, 15, 21 and 25. The 5 Judge Bench decided to take up only the issue of triple talaq considering the factual aspect of the case. On this, Khehar, CJI., observed that the other issues “would be dealt with separately”, leaving out the possibility of a Shayara Bano II and III.

The Order signed by all the five judges, state that by a 3:2 majority, the practice of triple talaq is set aside. “Set Aside” is the word; it makes one wonder if Triple Talaq was a judicial order that could just be set aside. The specific outcome of the order on the petitioners (Shayara Banu’s and Ishrat Jahan’s marriages) is unclear.

The majority judgments delivered by Kurian Joseph,J. and Nariman,J. (for himself and for Lalit,J.) arrive at the same destination via entirely different paths. This could be a great illustration for students of Judicial Process, the Justice Cardozo way. The different paths adopted led to different ratio and identifying the majority ratio is again a matter to dissect, in each of the issues decided.

Kurian,J. explains the question, the answer and the reasoning in a simple manner. According to him, S.2 of The Muslim Personal Law (Shariat) Application Act does not per se sets down the rules of talaq. The provision merely declares that notwithstanding any custom or usage to the contrary, the law applicable to Muslims in matters including talaq shall be the shariat law or the Muslim personal law. The 1937 Act is thus only a statutory peg to reach to Shariat Law. The emphasis is laid on the non obstante clause with which the provision starts. It is held that the Act merely assert and declare that customs and usages contrary to shariat will not apply and that shariat alone shall apply to parties who are Muslims. Shariat, it is further held, means the Quran, Hadith and other sources of Islamic Law. Of these Quran is the apex law.

The reasoning applied here by the learned judge is analogous to the maxim that delegated legislation shall not contravene the parent act. Neither Hadith nor anything else can conflict with Quran. Since Quran does not provide for triple talaq, any other source that provides for it is, sort of ultra vires the Quran and hence is not good law. In short, triple talaq is not Muslim personal law. Therefore it is not valid.

Down the reasoning line, as a student of law reaches this point, he is bound to halt and think aloud: The Court is checking the ‘Quranic-ality’ of a practice that has long been followed. The Shamim Ara (2002) principle that talaq not according to Quran is no dissolution of marriage at all, was extended by Kurian, J. to triple talaq and holds it unQuranic and therefore bad law.

What would be the implications of such a ruling? Does it mean that Muslim personal law (Quranic) in its entirety stays valid and aloof from the Constitution? Since in this case, triple talaq being already held un-Quranic, Kurian, J. did not at all delve into the question of constitutionality of it, as against Arts. 14 and 21 ; decided solely based on Shamim Ara and held triple talaq invalid.

The judgment answers the prime question raised namely the validity of triple talaq, yet the constitutionality issue was left unattended, same as when the subordinate legislation is ultra vires the parent act, constitutionality of the parent act could be conveniently kept outside the judicial pavilion by pronouncing immediate relief from the unjust rule. The judgment satisfies the immediate rationale, but it appears uncanny that a Constitution Bench of the Supreme Court in the exercise of its writ jurisdiction arrives at a decision shying away from any discussion on fundamental rights or even the Constitution itself. Has the Supreme Court become the forum for checking contraventions of the canonical law?

So the avoided question looms high: Is personal law subject to the discipline of Art 13(1)?

It is here that Nariman,J. embarked on the road less travelled. The issues he focused on were two folded:

(1) Whether the 1937 Act recognize and enforce Triple Talaq as a rule of law to be followed by the Courts in India?

(2) If not whether Narasu Appa Mali (1951) which states that personal laws are outside Article 13(1) of the Constitution is correct in law?

Here lies the sharpness and relevance of the view held by Nariman, J. regarding the first issue. Based on authorities on shariat, he refused to accept the argument that the Act only meant to do away with custom or usage contrary to Muslim personal law. He held that the 1937 Act does prescribe and enforce triple talaq and therefore is “the rule of law in the courts in India” and therefore falls under the meaning of “laws in force” under Art.13(3)(b) and is hit by Art.13(1) of the Constitution. This finding is significant as it foreclosed any query into the correctness of Narasu which held that personal laws do not fall within the mandate of Article 13(1).

The finding that the 1937 Act is a codified law forming the “rule of law in the Courts in India”, is the finest part of the judicial maze. Thus the question whether personal laws per se can be tested in the Constitutional anvil remained unopened, and the going into the correctness of Narasu was considered “unnecessary”.

Constitutionality of the 1937 Act thereby opened to be tested on the touchstone of fundamental rights. On this point, Nariman, J. destined to focus on Article 14 alone, leaving out Arts.15 and 21 for reasons undetailed. On Art.14, the challenge was limited to arbitrariness and not equality in the gender filament.

The judgment examined in length the applicability of test of arbitrariness to legislations. Precedents were meticulously analysed and Mc Dowell (1996) was declared per incuriam, as “not having noticed several judgments of Benches of equal or higher strength, its reasoning even otherwise being flawed” and  the decisions that followed Mc Dowell were declared no longer good law. After extensive analysis on arbitrariness concept, the 1937 Act recognizing triple talaq was held arbitrary and hence violative of Art.14. Substantive due process received a majestic entry and Mc Dowell fell gloriously. Thus Counsel R.F.Nariman’s contentions which were discarded by the Mc Dowell 3 Judge Bench found its way through Justice R.F.Nariman’s majority judgment in Shayara Bano v. Union of India.

However the grounds on which triple talaq is rendered arbitrary is unexplained, except that Hanafi Shariat law considers triple talaq as lawful yet sinful in that it incurs the wrath of God. It is indeed surprising to note that inspite of the initial refusal to hold the 1937 Act as a mere declaration of Shariat as the Muslim personal law, the learned Judge later on looks at Quran as the basis for  holding triple talaq “arbitrary” and therefore violative of Article 14.

Discerning the majority ratio in this case is an interesting task. On the question of whether the 1937 Act deals with the rule of triple talaq, three judges held in the negative. That leaves Justice Nariman’s finding a 2:3 ratio. It is on the affirmation that the 1937 Act is the rule of law on triple talaq in the courts in India that he ventured to examine the constitutionality of the same. On the issue whether arbitrariness can be a ground to test the validity of legislations, interestingly Justice Kurian agreed with Justice Nariman and observed: “…on the pure question of law that a legislation, be it plenary or subordinate, can be challenged on the ground of arbitrariness, I agree with the illuminating exposition of law by Nariman, J. I am also of the strong view that the Constitutional democracy of India cannot conceive of a legislation which is arbitrary”. Both Kurian and Nariman, JJ. held that triple talaq is not protected under Article 25 and thereby differed from the view of Khehar,CJ.

The setting aside of triple talaq is definitely welcomed. But as far as the Shayara Bano and Ishrat Jahan are concerned, they would probably wonder, like the famous Kesavananda Bharati who was startled those days, as to why his name was being reported in the papers every day. He finally got nothing out of it, though we got a majestic doctrine. Here too arbitrariness as a ground to invalidate legislation has indeed firmly dawned, though the Courts in its wisdom, may hopefully apply it scarcely.