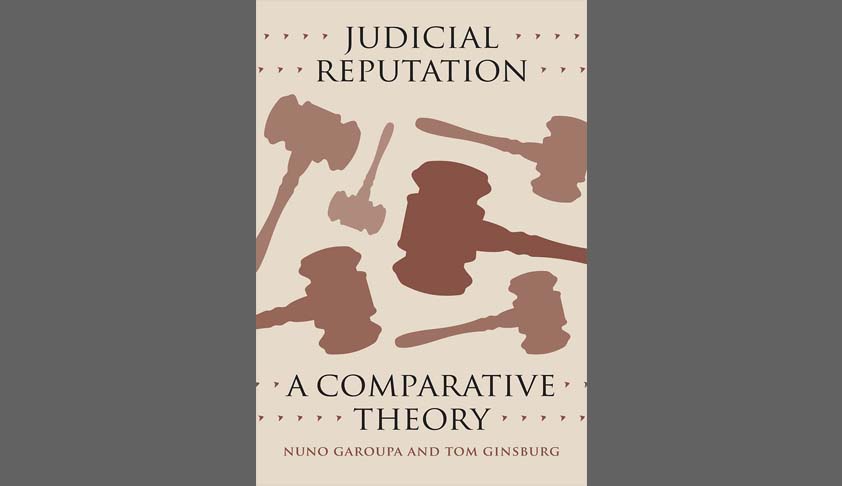 BY NUNO GAROUPA AND TOM GINSBURG, The University of Chicago Press, Chicago, 2015, Pages 273.Reputation, as the authors of this important book define, is the stock of assessments about an actor’s past performance. Reputation is crucial in many areas, and as the authors say, judging is no exception.How do we understand judicial reputation? The authors help us understand it both in terms...

BY NUNO GAROUPA AND TOM GINSBURG, The University of Chicago Press, Chicago, 2015, Pages 273.

Reputation, as the authors of this important book define, is the stock of assessments about an actor’s past performance. Reputation is crucial in many areas, and as the authors say, judging is no exception.

How do we understand judicial reputation? The authors help us understand it both in terms of reputation of an individual judge, and of judiciary in a collective sense.

Thus, it is their view that a judge with a good reputation will enjoy the esteem of his friends and colleagues and may have chances for advancement to higher courts. He might become internationally renowned, such as former Israeli Supreme Court justice Aharon Barak or US Appeals Court Judge Richard Posner. If particularly well known, he will have a legacy that endures long after death, like US Supreme Court justices John Marshall, Earl Warren, or Oliver Wendell Holmes.

In India, Justice VR Krishna Iyer could be said to belong to that category.

When will judiciary as an institution could be said to have gained reputation? A judiciary that operates effectively will earn respect within its own political system, and internationally and may become a model for other countries, the authors say.

More important, the authors suggest that reputation will provide opportunities for judges to travel.

The book focuses on the structures that facilitate judicial production of the raw materials for reputation. Raw materials referred to are legal decisions, opinions, talks, writings of Judges, procedural rulings , and oral questioning. The processing of these raw materials by audiences take the form of legal analysis, media reporting and commentary.

Judicial reputation conveys information about the quality of the judiciary and about the legal system. Second, it fosters esteem for the profession and for the individual judge – both self-esteem and esteem in the eyes of others.

A judiciary with high esteem is likely to be able to garner more material resources and to be more insulated from other political actors who might expropriate such resources (whether monetary or social), say authors.

One cannot evaluate the reputation of Indian judiciary, in terms of the material resources it garners, as it is dependent on factors which are not within its control. Rightly, the authors concede that different legal systems configure institutions in different ways in order to address the problems of information and reputation.

In the U.S., individual reputation of Judges matters a great deal. The authors note that serious assessment of individual performance of Judges is not found in the U.K., France, Japan and Germany. If justice is blind, then judges are anonymous in these countries, say the authors.

Indian judiciary falls somewhere between these two extremes. Reports in the media about the court proceedings, for example, mostly attribute the observations to the bench, rather than to the individual Judges, though there are some exceptions to this general trend.

In India, the debate on the NJAC and its quashing by the Supreme Court is quite recent. The book says that over 60 per cent of countries have some form of judicial council – up from 10 per cent 30 years ago.

The authors observe that there is little relationship between the adoption of judicial council to recruit Judges and the judicial reputation for quality. Yet, the authors concede that judicial councils will continue to be a locus of institutional reform because of the eternal struggle for balance between independence and accountability of Judges. The authors are categorical that although councils serve as an arena for contestation for various groups with an interest in judicial performance, they do not by themselves guarantee the substantive outputs of independence and quality.

Judges, the authors rightly conclude, work for the rest of us. To maintain their position and influence, like any other agent, they need to make sure they have a good reputation. “A reputation once broken may possibly be repaired, but the world will always keep their eyes on the spot where the crack was”, the authors cite 17th century English Bishop and satirist, Joseph Hall, as having said.

The authors are clear that we need better institutional structures to facilitate good names of Judges, and induce them to invest more in their collective reputation. “Ultimately, the goal is to make sure that judges are not only acting as a team, but acting on the same team as the rest of us”, they say while parting.

As the book ends, the reader may find herself debating whether judicial restraint or activism contributes to judicial reputation. The answer perhaps lies in the perception of the external audience, which makes one to conclude that judicial reputation, after all, is a mixed bag.

The book has seven chapters. Those interested on the book’s relevance for India may be pleased that India figures as an entry in the index, with references in seven pages.