Judicial Review of a ‘Bill’ under Article 32: A Constitutionally Impermissible Proposition 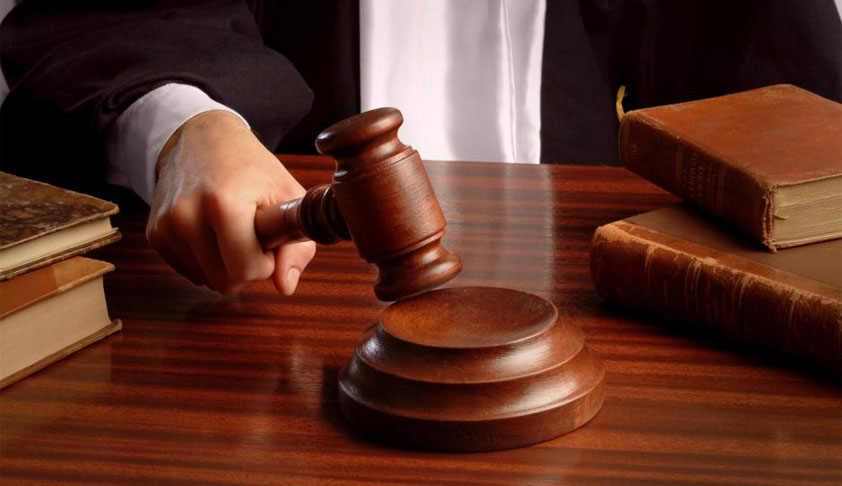 IntroductionAnxiety is fluctuating within the legal community in India as the Supreme Court of India (SC) will hear a batch of similar writ petitions that challenge the National Judicial Appointments Commission Bill, 2014 and the 121st Constitution Amendment Bill, 2014, today. This anxiety can be explained in two ways; by a political battle on one hand and by pure interpretation of law on...

Anxiety is fluctuating within the legal community in India as the Supreme Court of India (SC) will hear a batch of similar writ petitions that challenge the National Judicial Appointments Commission Bill, 2014 and the 121st Constitution Amendment Bill, 2014, today. This anxiety can be explained in two ways; by a political battle on one hand and by pure interpretation of law on the other. This article is only concerned about the latter.

The Modi government had priorities. Circumstances demonstrate that implementing the above mentioned bills that intend to scrap the existing Collegium system of appointment of judges was one of the top priorities. The bills were recently passed by both the Lok Sabha and Rajya Sabha with a huge majority.

Subsequent to the passing of bills in the Parliament, several writ petitions were filed under Article 32 of the Constitution of India challenging the constitutional validity of these bills. The substantive argument raised in the petitions is that these bills violate the basic structure doctrine of the Constitution by diluting core principles like independence of judiciary and separation of powers. However, on a prima facie analysis itself, this so-called Fourth Judges case raises a significant constitutional question before the SC.

‘Law’ under Article 13 of the Constitution

It is needless to state that the impugned bills have not officially acquired the status of ‘law’ under Article 13. As the title of Article 13: ‘Laws inconsistent with or in derogation of the fundamental rights’ suggests, only a law in force, made by the legislative organ of the State can be challenged for violation of fundamental rights or the basic structure of the Constitution (Article 13 (2)). Therefore, under Article 32, the SC can only entertain petitions against laws that can be called so under Article 13.

There is a definite procedure under the Constitution that the legislature is mandated to follow when they formulate a law. In this case, the bills which have been passed by both the Houses have to cross one more constitutional step for it to be termed as a law under Article 13.

Article 111 of the Constitution and the President’s Role

Once a bill is passed by both the Houses, the next step for the Parliament is to present it before the President of India for his assent. This mandate is clearly prescribed under Article 111 which also confers on the President, the power to return a bill if he reasonably deems fit that some provisions or the whole bill needs reconsideration. According to the proviso of Article 111, upon such return by the President, the Houses ‘shall’ reconsider the bill accordingly. Therefore, if the bills regarding the National Judicial Appointments Commission are returned by the President for reconsideration, the Houses of Parliament have to reconsider it mandatorily in light of the word shall that appears in Article 111. This portrays that the President is not a mere rubber stamp authority in terms of giving assent to a bill. It cannot by any stretch of imagination be argued that the text of Article 111 is a mere formality. It is only upon the assent of the President that a bill acquires the status and force of a law as per Article 13.

The SC and High Courts have not dealt with this question to a great extent. However, there is a momentous Allahabad High Court judgment that throws substantive and healthy legal light on this subject.  In Chotey Lal v State of UP (AIR 1951 All 228), a division bench of the High Court dealt with the Zamindari Abolition & Land Reforms Bill which was challenged by way of a writ petition under Article 226 for violation of fundamental rights under Article 19. The question involved in this case was whether it was open for the courts to interfere with the process of formulating an enactment. The court categorically held that “Until a bill has become law, the legislative process not being complete, courts do not come into the picture at all”. Moreover, based on a textual and logical interpretation, the court held that as President is also part of the Union Legislature (Article 79), the legislative process would not be deemed to be complete unless the President gives assent to a bill. Hence, it is only after a bill has become the law of the land that the courts can assume jurisdiction under Article 32. Interestingly, the court also concluded that the expression ‘shall not make any law’ appearing in Article 13(2) does not confer jurisdiction upon the constitutional courts to interfere with the process of legislation making. The consequence of any other contrary interpretation would have been the dilution of the basic principle of separation of powers within the Constitution. The judgment is definitely sound in terms of interpretation of the Constitution’s text and according to the author, upholds the correct legal position on this issue.

It is noteworthy that in In Re: The Special Courts Bill, 1978 (AIR 1979 SC 478), the SC was consulted by the President under Article 143(1) of the Constitution to consider the question whether the Special Courts Bill, 1978 or any of its provisions, if enacted, would be constitutionally invalid. In this advisory opinion rendered by a seven judge bench of the SC, it was remarked that a bill which is being considered by the Parliament and is yet to receive the President’s assent may undergo extensive changes of fundamental character before it becomes a law finally.

In 2011, a three judge bench of the SC had held that the constitutional validity of a notification relating to a bill which was yet to be passed, cannot be made before the court as the bill is premature. Using the same logic, it can be clearly stated that a challenge against the constitutionality of a bill will be premature because a bill does not have the force and effect of a law according to the Constitution’s provisions.

Therefore, the legal nature of bills introduced in Parliament is such that they are not final in any sense until the President gives assent.

In light of the textual interpretation of the Constitutional provisions and the judicial precedents, the SC should treat the Fourth Judges case with a lens of scepticism. As it is not possible under the Constitution to subject a mere bill to judicial review under Article 32, the aggrieved petitioners have to wait till the President gives assent to the impugned bills in order to challenge their validity under the Constitution.

Since the Supreme Court has time and again sent signals that it favours the unconvincingly existing Collegium system where the judges themselves choose their brother judges, it has to be keenly seen how the highest constitutional court of India deals with this constitutional issue.