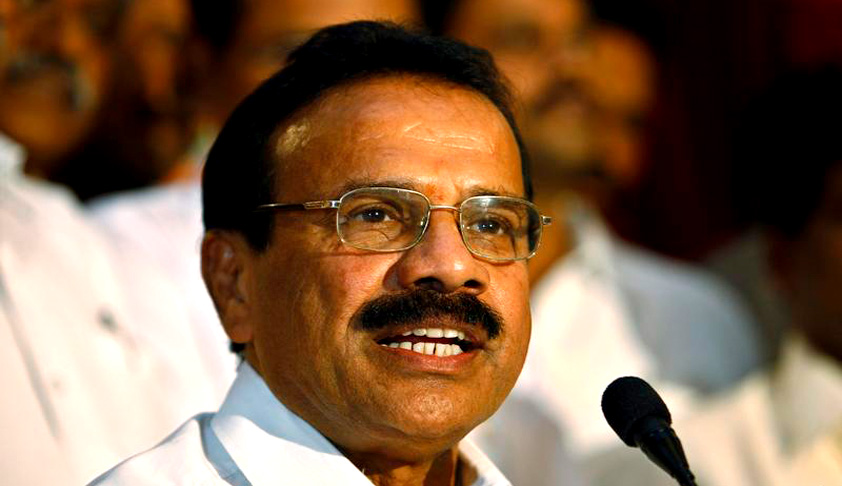 By the time courts hand down punishment, public tend to forget the goriness of the crime a person has committed, he says.Law Minister D V Sadananda Gowda  while speaking at the Independence Day celebration at the Supreme Court premises on Saturday said delay in disposal of cases and deciding the punishment was leading to public sympathy and support for persons who have committed...

By the time courts hand down punishment, public tend to forget the goriness of the crime a person has committed, he says.

Law Minister D V Sadananda Gowda  while speaking at the Independence Day celebration at the Supreme Court premises on Saturday said delay in disposal of cases and deciding the punishment was leading to public sympathy and support for persons who have committed hardcore crimes.

He said the tendency is that by the time courts hand down punishment, public tend to forget the goriness of the crime a person has committed.

Though Gowda did not refer to any specific cases, the hard-hitting comment was in  apparent reference to outpour of support for 1993 Mumbai blasts convict Yakub Memon, earlier row over hanging of parliament attack convict Afzal Guru and Tamil Nadu government's move to release Rajiv Gandhi assassins, earlier convicted to death, but whose sentence was commuted to life later by the apex court

“Divisive tendencies, groups or people disturbing the peace of our society on account of political social and economic ideologies rather than following legal means, people who disturb the peace of the society through technological means have become a challenge for free society. Ends of justice have to be ensured not only to prevent such disturbances but also to ensure that punishments for each offence awarded act as such deterrent for others. This requires fair but fast trial so that before public memory dies down the case is disposed of and ends of justice is meted out”, Gowda said reading out from a prepared speech copy.

“Delayed disposal and imposing punishment after a protracted period not only loses the relevance of deterrence but also leads to public sympathy and public support for convict. Hope our lawyer friends do appreciate the point I am making and request them to cooperate with judiciary so that the disposals of cases are speeded up and justice is meted out as soon as possible in order to do our bid to ensure that the gift of free society we got out of freedom struggle”, the law minister said as Chief Justice Dattu and senior leaders of the Bar looked on.

While Memon, whose death sentence was questioned by civil rights activists and lawyers who pleaded with the apex court for mercy till the eleventh hour, was hanged 22 years after the blasts, Afzal Guru was executed 12 years after the parliament attack. Regarding Rajiv Gandhi assassination case, the Centre is at present challenging the decision of Tamil Nadu government to release convicts V Sriharan alias Murugan, Santhan, Robert Pious, Jaya Kumar, Nalini, Ravichandran and Arivu whose death sentence had been commuted to life by apex court earlier.

The apex court premises inadvertently became a venue where the already acrimonious relationship between country’s judiciary and the executive took a turn for the worse.

Law Minister D V Sadananda Gowda and Solicitor General Ranjit Kumar was cold to several grievances raised by the hosts Supreme Court Bar Association and Chief Justice H L Dattu who talked of need for more cooperation from government to combat rising pendency and protection of independence of judiciary. Both Gowda and Kumar were of the view that Independence day was not an occasion to raise such grievances and they can be looked into later at a one to one meeting.

Speaking before Gowda, SCBA Vice President V Shekhar and President Dushyant Dave requested the minister to address on the problems faced by the judiciary like ever-increasing case backlogs, need for better infrastructure more courts increasing number of judges and need to secure the independence of the judiciary but the minister said it was inappropriate to debate on such issues on an auspicious occasion like the independence day and said he will very soon invite the SCBA members for a meeting to thrash out the issues. CJI Dattu too had referred to the issue of “ugly ghost of arrears” in his speech.

It is to be noted that CJI Dattu’s predecessor justice  R.M. Lodha has said the negligible budgetary allocation being witnessed since the past few decades is grossly inadequate to meet the requirements of the judiciary such as setting up of new courts and to improve infrastructure to bring down the pendency from a staggering 3.3 crore cases.

"Budget allocation is not even one per cent. It is 0.4 per cent. How do we construct more courts and improve infrastructure for speedy dispensation of justice? We are already overburdened," he had said

The pendency of cases filed in courts across the country now stands at a staggering 3.3 crore, and many of them are more than 20 years' old.

While 2.46 crore cases are stuck in subordinate courts and 45 lakh in high courts, the backlog in the Supreme Court is 65,893 cases. The most worrying part is that nearly 60% of these cases are more than one year old, of which 40% are more than five years' old.

Lodha had also observed there was also a drastic need for improving the judge: population ratio in the country, which in India is just 13 judges for every 10 lakh people against 35-40 in other developing nations and 50 in a developed country.