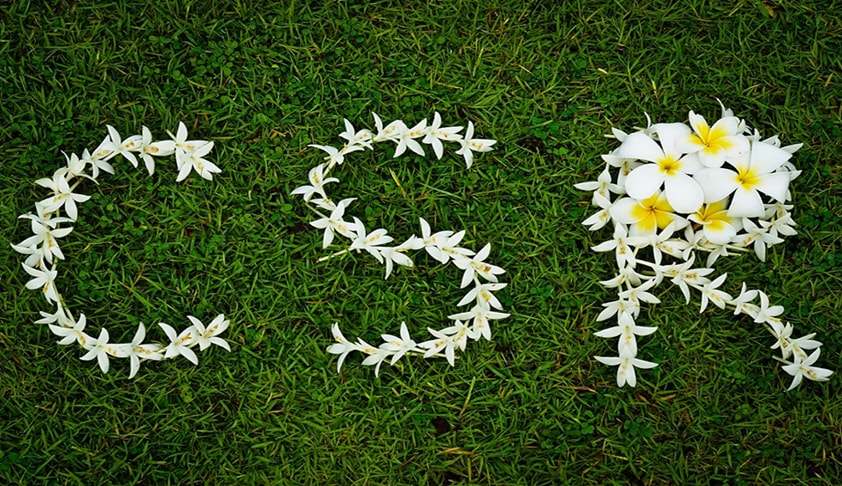 “The smallest of actions is better than the boldest of intentions”, goes a famous saying. All major religions emphasize on the need to give, without attachments, to make the most of human life. In India, the need to ‘give’ is celebrated through the different festivals when people reach out to their less fortunate brethren and extend a helping hand. Embedded in Indian culture is also...

“The smallest of actions is better than the boldest of intentions”, goes a famous saying. All major religions emphasize on the need to give, without attachments, to make the most of human life. In India, the need to ‘give’ is celebrated through the different festivals when people reach out to their less fortunate brethren and extend a helping hand. Embedded in Indian culture is also the saying that “when you give through the right hand, don’t let your left hand know about it”. So far so good. But – ‘Do we give enough?’ and ‘Do we all give?’

Inspite of the cultural and religious emphasis on ‘giving’, studies suggest that Indians are not so good at giving their time, skill or money to their fellow sisters. According to Gallup’s report, which studied how likely are individuals’ to donate their time and assistance to others, India’s Civic Engagement Index Score, is an abysmal 28 as compared to United States’ 60, Australia’s 59, and even Sri Lanka’s 51. If India aspires to be amongst the top most developed country, then as Indians, we need to buckle up and start raising our civic engagement by being conscious of our social responsibility and giving to the society, in one way or the other and more often then we do.

If you are with me on this, then the question is how can law as an instrument of change ensure that we ‘nudge’ people in the direction of ‘giving’? I suggest by having a law on ‘ Individual Social Responsibility ’ (ISR).  ISR would mean that India has an incentive system in place to encourage every citizen to contribute his/her bit towards the country. A law on ISR does not mean that it will punish those who don’t contribute or participate in ISR activities (stick approach) but it can definitely put some incentives in place for those who do (carrot approach). What is needed, is that we motivate people to give, that we tap in the wisdom of human psychology and behaviour to promote the habit of giving. What is needed, is not just a random effort at enhancing the habit of giving, but a systematic effort towards encouraging every citizen in the country to do his and her bit in bringing about the change that they wish to see.

Imagine a movement, where all Indians come together, asking themselves, what is that ‘I’ can do for my country? Imagine Indians coming together, not to fight an external enemy but for a positive reason, to truly make India great. You may not have money, but you can spare your time doing some voluntary work. You may teach a skill you know. You can reach out to those who are less fortunate than you are. For example, if you are a musician, introduce a few kids to the love of music. If you are a painter, teach those who cannot afford an art school. If you are a lawyer, undertake to do some pro-bono matters. If you are a housewife, volunteer with a local group. If you are a school or a college student, organize a local campaign to address a local issue, so on and so forth. The possibilities are immense.

Although indirectly, every citizen does contribute to the betterment of the society through whatever it is that he/she does, but here we are talking of developing a system whereby each person contributes something directly as a conscious act of giving. A law on this can put some sort of incentives in place to have the maximum buy-in from people. It can be in the form of recognition, or tax rebate, or primacy in government services. These are various options that need to be thought through, their economic implications have to be gauged and the technicalities around implementing this idea has to be worked out by bringing together different stakeholders.

Now, the law in India does require the big corporate houses to ‘give back’ to the society through the concept of Corporate Social Responsibility (CSR). The law on the issue is contained in clause 135 of the Companies Act, 2013, which came into effect on April 1, 2014. It requires every corporate firm (with an annual turnover of 1,000 crore INR and more, or a net worth of 500 crore INR and more, or a net profit of five crore INR and more) has to contribute 2 percent of their average net profit in the previous three years on CSR activities. Those who have more should pay towards their social responsibility – fair enough. But shouldn’t all of us be bound in some manner to contribute our bit – big or small – towards social responsibility?

Also, the law on ISR needs to work on some of the inefficiencies and failings of the CSR model. For one, giving money should not be the only recognized way of giving. Secondly, there has to be a way to allot resources where they are needed more. If the government can effectively be a ‘facilitator’ and publish causes where most attention is needed, or put together organisations that need help and rank them on their effectiveness, or match projects where assistance is needed with people who can offer those assistance, this project can become a nation-wide movement. It can also be done by a non-government organization, but the role of government in affording ISR seriousness can go a long way in making sure that every citizen of India is conscious of his/her fundamental duty towards the mammoth task of nation building. Getting a lot of money diverted towards particular issues, with no corresponding availability of funds for other issues is not efficient. Ofcourse, a law on ISR alone will not do the trick in promoting the habit of ‘giving’ but it can definitely be a trigger step in creating a bigger movement towards ‘social responsibility.’

If democracy is ‘by the people, of the people, for the people’, why should we blame the government, irrespective of which political party is in power, for all our country’s ills? The government is responsible for fixing our problems, but it cannot do so effectively unless citizens pro-actively participate in the governance. One’s contribution to the running of a successful democracy cannot be limited to voting every once a few years. It has to be an active participation and a conscious decision to contribute in a sustained and persistent manner. One can give one’s time, money, skills – anything. Only then can we start moving towards building a real democracy, where numbers will not be our weakness but they will be our biggest strength.

Indians need to go a step beyond being ‘argumentative’ alone and actually become ‘action-oriented’. Each one of us needs to ask ourselves – ‘not what the country can do for me, but what I can do for my country’, on the lines of the famous words of John F. Kennedy. We can then realize the vision behind the Fundamental Duties, enshrined in Part IV of the Indian Constitution and do our bit to make this nation great and strong.

Avani Bansal is an Advocate practicing in the Supreme Court of India. She has pursued her B.A.LL.B from HNLU,   Raipur and Masters in Law from University of Oxford and Harvard Law School. Write to her at [email protected]
TagsCorporate Social Responsibility CSR Individual Social Responsibility ISR
Next Story
Similar Posts
+ View more
Law Firms
+ More