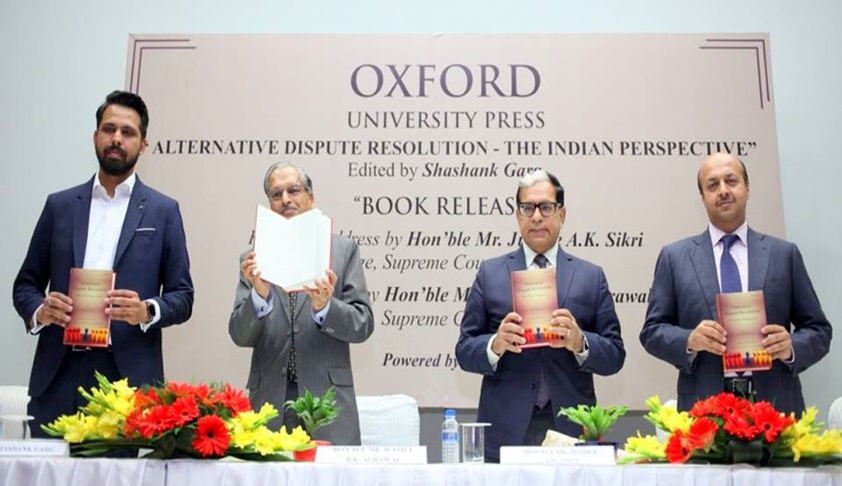 The book provides the readers with essential insights into the various facets of the law and practice of arbitration in India. It is an indispensible handbook on the practice of alternative dispute resolution, elucidating both international and domestic arbitration law.

The book, featuring a perceptive introduction written by Supreme Court judge Justice DY Chandrachud and the foreword written by ICC International Court of Arbitration President Alexis Mourre, is a resourceful copy for legal practitioners and students from all across the world seeking an insight into the law and practice of alternative dispute resolution in India.

The event commenced with the opening remarks presented by Shashank Garg, editor of the book wherein he expressed his deepest gratitude towards all the contributors and in particular the judges of the Supreme Court and the Delhi High Court, who graced the event with their august presence.

Justice Sikri delivered the keynote address and discussed how the Government of India and the Indian judiciary are now making harmonious efforts to make India a real hub for international arbitration. The Special address was delivered by Justice RK Agrawal who shed light on the unique aspects of the book. The closing remarks were presented by Deepankar Sanwalka, Advisory Leader, PwC India, who spoke about how experts are increasingly becoming a very relevant part of commercial disputes.

The event was concluded with a vote of thanks presented by Naveen Choudhary, Head of Marketing, Oxford University Press.