Justice Attar of J&K HC claims “Indianism” remark torn out of context; says ‘Fascist bent of mind, otherwise, called Fascism, is abhorrent to and antithesis of “Idea of India” 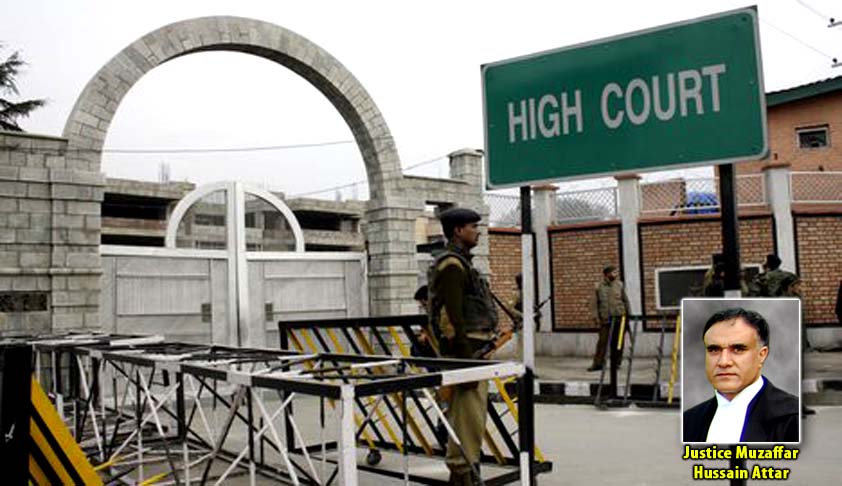 A year after triggering a row by observing that any person claiming to be a Hindu or a Muslim Nationalist is working against “Indianism”, Justice Muzaffar Hussain Attar has clarified his stand on the issue.While issuing a recent order, Justice Attar observed, “The press reports of the time, when judgement was pronounced, would show that the expression “Indianism” was torn out of...

A year after triggering a row by observing that any person claiming to be a Hindu or a Muslim Nationalist is working against “Indianism”, Justice Muzaffar Hussain Attar has clarified his stand on the issue.

While issuing a recent order, Justice Attar observed, “The press reports of the time, when judgement was pronounced, would show that the expression “Indianism” was torn out of the context of the theme of the judgement by a small group of persons.”

Justice Attar issued further elucidation through a contempt petition titled, Sanjay Tickoo and Others versus Anil Goswami (Sect. Ministry Of Home. The Judge observed, “Though all this has been, in clear and lucid terms, mentioned in Sanjay Tickoo’s case, but in order to ensure that the small group of persons should not succeed in its design to create confusion in the minds of people, the necessity to further clarify concept of “Indianism” arose. By whipping up the religious sentiments, efforts, though already stand frustrated by the wisdom of the people, were being made to create disorder in the society. The Courts have been protecting the religious practices, places as also propagation thereof as the same is guaranteed under the Constitution of India.”

After elaborating on Constitutional provisions, which guarantee “the rights to its citizens of practicing, preaching and propagating their religion, would further mean and show that every citizen of this country, whether Muslim, Hindu, Christian, Sikh or Buddhist”, the Justice Attar observed, “Indianism is Hindustaniat, which is akin to Kashmiriat. Fascist bent of mind, otherwise, called fascism, is abhorrent to and antithesis of “Idea of India”, otherwise called ‘Indianism’ (Hindustaniat).”

"No law can be made to prevent the Muslims or any other community to practice and propagate their religion. All the people, belonging to different religious denominations including Muslims, have the freedom to effectively follow their religion," the Court added.

Earlier in October, 2013, while delivering a landmark judgment, Justice Attar had observed, "In our constitutional philosophy, there is only one 'ism' that is Indianism. All other isms are sworn enemies of Indianism. Any person claiming to be Hindu nationalist, Muslim nationalist, Sikh nationalist, Buddhist nationalist or Christian nationalist is not only working against Indianism but against the very thought of India.”

Disposing of a petition filed by Kashmiri Pandits seeking protection of their religious places, Justice Attar had observed that it appears that “in terms of Constitution of India, which guarantees all the rights, which include right to practice and profess one’s religion and faith, there was no requirement of bringing in expression ‘secularism’ in the preamble of the Constitution.”

“This expression has evoked sharp reaction from a section of population and divided people of the country into different pigeon holes of different isms. A very serious and potential threat is posed to the very existence of the idea of India by the fringe elements, who take cover under various types of isms other than Indianism.”

“India is not a Hindu, Muslim, Sikh, Buddhist or Christian India. It is India which is born from the bosom of unrelenting struggle of millions of people,” he said.

The Court had hence directed all constitutional authorities and the Union government to ensure that anyone attempting to subvert Constitution of India is stopped by taking recourse to the provisions of the law.

The judgment had been sharply criticized from religious and political groups with Kashmir High Court Bar Association deciding to challenge it in a higher Court.