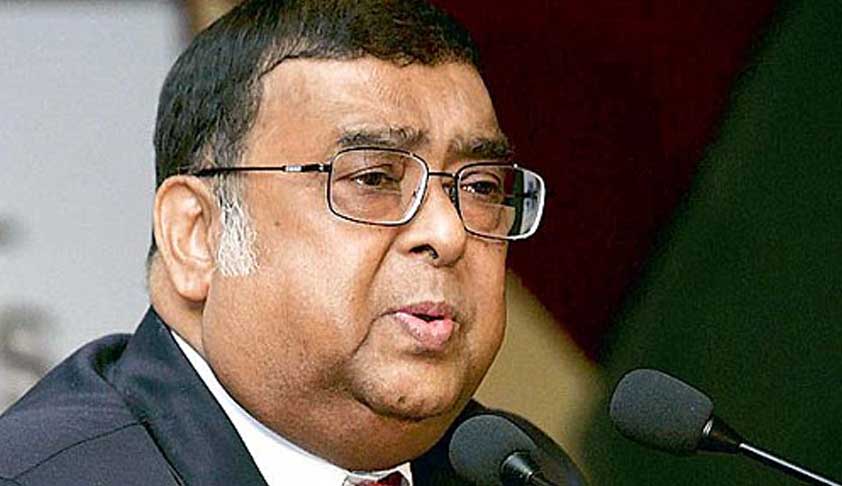 Justice Altamas Kabir was the only sitting CJI to have a sibling as a judge in one of the High Court. Justice Kabir’s sister, Justice Shukla Kabir was a sitting judge of the Calcutta High Court until recently before she retired in February. Justice Bhattacharya opposed the elevation of Justice Shukla on two grounds, while he was a member of the collegium of the Calcutta High Court. He pointed out that Justice Shukla was an obscure lawyer with little practice and her candidature violated the convention of not considering anybody above the age of 58 years for the High Court Bench. Justice Bhattacharya was also concerned about the time taken by Justice Shukla Kabir for completing her education. Justice Bhattcharya noted, “Justice Shukla Kabir took four years for passing BA examination after clearing senior Cambridge and five years for getting MA degree after graduation, although the usual time taken for clearing these examinations is three years and two years respectively”.

On 25th December, 2010 Manoj Mitta in the Times Crest Edition wrote, “In any event, one argument that the Supreme Court would have found hard to counter is about its diminished moral authority to raise the nepotism issue. This is because of the manner in which the power of selecting judges appropriated by the judiciary in 1993 has often been misused to benefit relatives. In the last two years, there have been at least two high profile instances of relatives of senior Supreme Court judges being appointed as high court judges. The first instance was in January 2009 when C T Ravi Kumar, a close relative of the-then CJI, K G Balakrishnan, was appointed as a judge of the Kerala High Court. This was followed by the appointment in September 2010 of Shukla Kabir Sinha, sister of Supreme Court's No 2 judge Altamas Kabir, as a judge of the Calcutta High Court.

These appointments raised eyebrows regardless of the technicality whether Balakrishnan and Kabir had participated in the Supreme Court collegium meetings in which the names of Kumar and Sinha had been approved. What added to the suspicion was the pattern of the chief justices of the respective high courts, H L Dattu from Kerala and S S Nijjar from Calcutta, being elevated to the Supreme Court shortly after Kumar and Sinha's names had been mooted in the respective collegium's meetings at the high court level. Sinha's appointment was rendered all the more controversial by the dissent recorded by a collegium member of the Calcutta high court, Justice Bhaskar Bhattacharya, who reportedly objected on the grounds that she was an obscure lawyer with little practice and her candidature violated the convention of not considering anybody above the age of 58 years for the high court bench.”

The CJI, Justice Kabir has a different reason for not elevating the three judges to the Supreme Court. He says, “The collegium has unanimously taken the view that they are not suitable to hold the office of Supreme Court judge and their elevation as such would prove to be counter-productive and not conducive to administration of justice. The collegium has not recommended the names of these three chief justices for good reasons and after taking into consideration all relevant factors, including their merit, ability and seniority at all levels.”

Reports indicate that, Justice Bhattacharya sent a 10-page letter to the President of India, Prime Minister and the Chief Justice of India, regarding his seniority being overlooked for elevation to the Supreme Court.

Justice Bhattacharya wrote in his letter (accessed by Indian Express), “As a human being, I have a reasonable basis to apprehend that the fact that as a member of the collegium while I was a judge of the Calcutta HC, I raised serious objections against the elevation of Smt Shukla Kabir Sinha, your (CJI Altamas Kabir's) younger sister, is the real reason for making such observations against me.” Justice Bhattacharya further said, “When time came for selection of Smt Shukla Kabir Sinha as a Judge of the HC, I was pressured to agree to such a proposal as a member of the collegium, but I thought it would amount to committing rape of the Calcutta HC, which was like my mother and if I didn't raise any objections that would amount to closing my eyes while my mother was being raped. As a result, I used rather strong words so that by looking at the nature of words used by me, the person responsible for sending such a recommendation would have a second thought...Unfortunately, I was unsuccessful in resisting the rape of my mother in spite of my earnest endeavour. However, at the time of my death, I will not repent that I ever compromised with wrong for the sake of my career."

Justice Bhattacharya has asked his letter to be shown to all members of the Collegium and that he should be shown materials which led CJI Kabir to a make decision regarding his competence.

Justice Bhattacharya also believes that he was not elevated to the Supreme Court for ‘another incident’.  A former Gujarat High Court Chief Justice and present judge of the Supreme Court withdrew an excess amount of Rs 54,650 as TA/DA which is not permissible without furnishing proof. Justice Bhatthacharya says there are several other judges who withdrew money in similar manner.

After receiving clarification from the Centre, Justice Bhattacharya placed the matter in the Standing Committee of seven judges and they unanimously resolved that the judges who withdrew money in excess should pay back the excess amount. When the present judge in the Supreme Court, was requested to repay the excess amount, his office wrote to the Gujarat High Court Registrar telling him "not to make any such unnecessary and unwarranted correspondence."

If Justice Bhattacharya’s allegations are found true, these incidents will remain as a blot in the history of Indian Judiciary forever and will be a shame for the nation itself.

It is also interesting to note that the allegations against various Chief Justices of India have always cropped up either after their retirement or immediately before their retirement.