Justice Chandrachud Upset By Lawyer’s Comment That SC Is Dominated By Pro-Govt. Judges 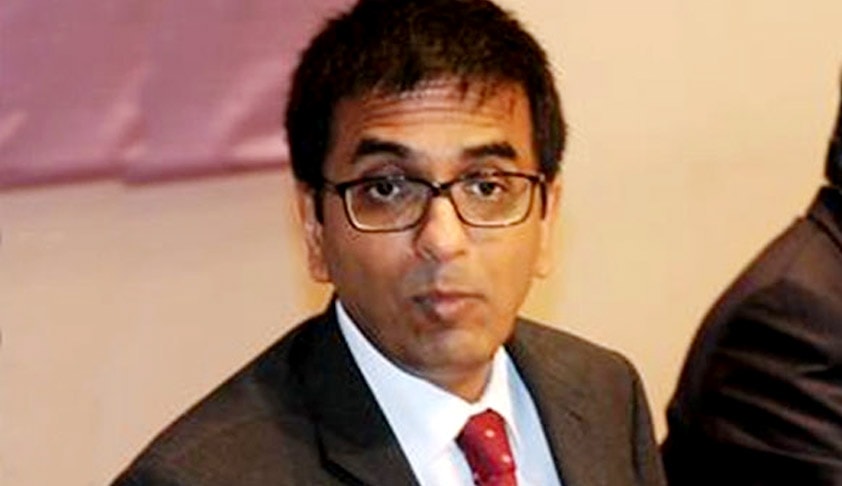 Thursday’s hearing in Azam Khan case in which the Chief Justice Dipak Misra-led bench referred the issue of laying down a law on action to be taken against individuals holding a public office or a person in authority or in charge of governance making irresponsible statements also witnessed discussion on several issues like reasonable restriction of freedom of expression.

Justice D Y Chandrachud was the most vocal with him taking serious exception to a statement by a senior member of the Bar stating most SC judges “pro-government”, mis-reporting of the Rohingya matter  by a website etc.

Justice Chandrachud said: “Recently I saw President of a bar association saying on TV that SC is dominated by pro-government judges. Somebody has come and sit in the courtroom and see how the government is getting hauled up every day”.

He also said there was some mis-reporting in the Rohingyas matter where an online site published the observations from the bench as its judgement and even went on to attack the bench.

Senior lawyers Harish Salve and Fali Nariman who are amicus curiae in the matter expressed serious reservation about the social media and urged for some kind of regulation.

"I deleted my twitter account after I realised it can be too abusive. Some of the extremely offensive reactions and comments are really disturbing”, he said.

Both Salve and Nariman opined that there has to be some guidelines to fasten accountability with those posting abusive materials on social media.