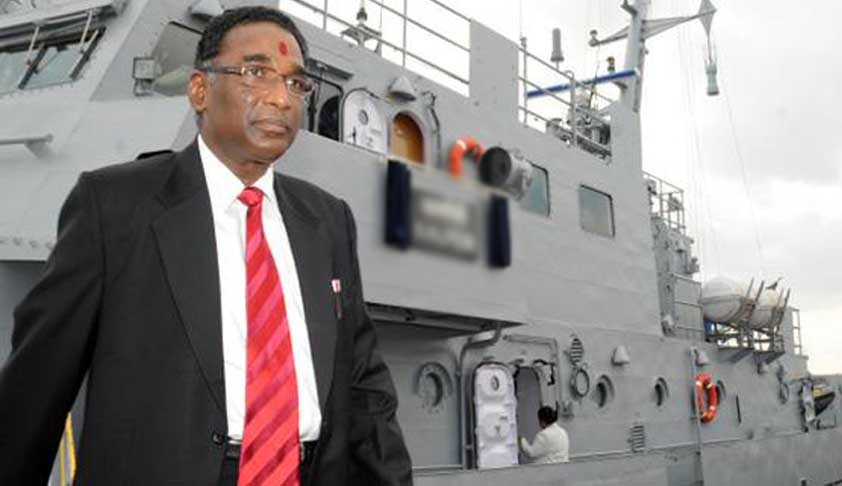 A crisis looms large over the Supreme Court collegiums with Justice Jasti Chelameswar, the senior most SC judge now saying informal, coffee table meetings were passed off as collegium meetings by CJI J S Khehar, brushing aside norms governing meetings for selection of judges for constitutional courts, the Times Of India reports.Justice J Chelameswar, the second senior-most SC judge, who was...

A crisis looms large over the Supreme Court collegiums with Justice Jasti Chelameswar, the senior most SC judge now saying informal, coffee table meetings were passed off as collegium meetings by CJI J S Khehar, brushing aside norms governing meetings for selection of judges for constitutional courts, the Times Of India reports.

Justice J Chelameswar, the second senior-most SC judge, who was part of both collegiums — for selection of SC judges and HC judges — had a war of words with Justice Khehar and reminded him of SC rulings about composition of the collegium when the CJI threatened to bypass him and extend the collegiums, it says.

The TOI report quotes a letter. In a letter to the CJI, Justice Chelameswar has spoken of how collegiums were selecting judges on personal requests of participants, and how successive CJIs had "treated members of the collegium as supplicants".

He had refused to attend collegium meetings since September 1, 2016, and was participating in the process of selection of judges by submitting his written comments on the circulated minutes of collegium meetings, it says.

Trouble started immediately after he agreed with the collegium's decision to recommend names of Justices Sanjay Kishan Kaul, Dipak Gupta, MM Shantanagoudar, S Abdul Nazeer and Navin Sinha for appointment as SC judges. An informal meeting at a judge's residence was allegedly called to fix norms and principles on which collegium meetings were to be held. But the 'informal meeting' soon transformed into a collegium meeting, the TOI report said.

When the CJI circulated the minutes of this 'informal meeting' as the decision of the collegium, Justice Chelameswar refused to agree. In return, the CJI threatened to bypass him and expand the collegium to continue the process of selection of judges, the report in today’s TOI said.

In response to Justice Khehar's February 2 letter, Justice Chelameswar wrote, "It is the law of this land that no meeting can be convened without a proper notice and an agenda, be it a meeting of a panchayat board or a cooperative society or a company or other bodies, statutory or constitutional. If you (Justice Khehar) believed these collegium meetings are beyond all principles of law propounded by their court, God save this country.

"If these discussions across the coffee table are to be treated by you as meetings of collegium where important decisions in discharge of the obligations arising from the Constitution are to be taken, I feel sad for this country. But I am of the view that such a procedure falls short of the legal requirements of a meeting. I believe collegium meetings are too solemn events to be conducted so casually.", the report said.

Justice Chelameswar faulted the tenor of the ex-CJI's letter and said it showed that members of the collegium "are not participants in the decision making process but supplicants" making requests to the Chief Justice.

"With great respect, I must tell you that it is not so. The judgment in the second judges' case is the law declared by this court even today. It obliges the CJI to consult his collegium, either two or four, as the case may be depending upon the purpose of the consultation. Each participant is entitled to make suggestion and objection to the proposals. It is only after an appropriate discussion any final decision could be taken — not on personal requests of members of collegium and grace of the CJI," the Times Of India report quotes Justice Chelameswar as saying in his 12-page letter.

"It is this understanding of the successive CJIs that the puisne judges (senior-most judges) who are members of the collegium (for that matter even others) are lesser mortals which creates all those problems which we are going through. Chief Justice is nothing more than first among equals. The other consulate judges whether they are members of the collegium or beyond the collegium are equal participants in the decision making process, entitled to make suggestions and ask for information," he added.

Responding to Justice Khehar's veiled threat to remove him from the collegium, Justice Chelameswar said the CJI was constitutionally not empowered to do so. "I do not have to cite any authority for that. The second judges' case not only obliges the CJI to consult the members of the collegium, it also obliges the CJI to consult in certain circumstances those judges of this court who are outside the collegium but well versed with the affairs of a particular HC as and when any decision regarding that HC is to be taken," the TOI reports quotes him as sying in the letter.