Justice Chelameswar and Transparency in the judiciary: An Open Letter to CJI 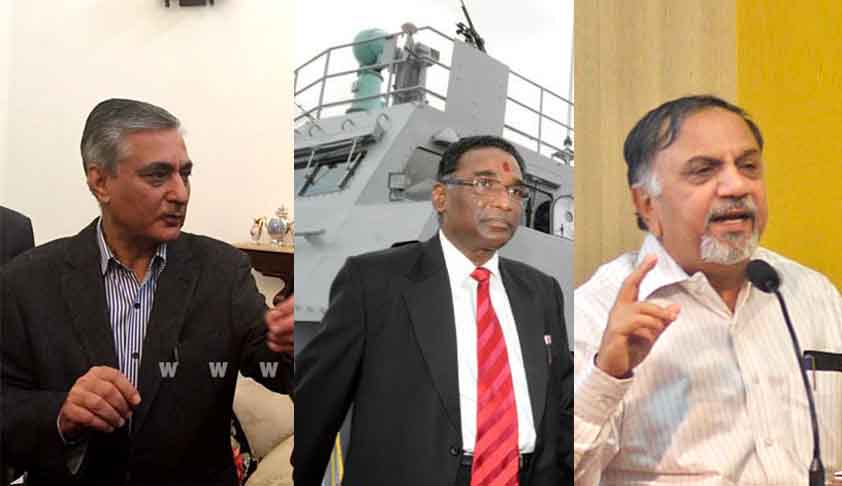 Subject : Justice Chelameswar and Transparency in the judiciary.5 September, 2016Justice T.S. Thakur,Chief Justice of India.Dear Sir,I am writing this letter in the spirit of seeking an improvement in the working of the judiciary, and not as an exercise of criticism. India has not been able to deliver the fruits of democracy as per the aspirations of ‘we the people’. I would submit that...

Subject : Justice Chelameswar and Transparency in the judiciary.
5 September, 2016

Dear Sir,
I am writing this letter in the spirit of seeking an improvement in the working of the judiciary, and not as an exercise of criticism. India has not been able to deliver the fruits of democracy as per the aspirations of ‘we the people’. I would submit that the responsibility lies with all the four estates as well as the citizens. One of the attributes on which we have been weak, is in recognizing citizen’s right to information. Despite Parliament passing a RTI Act which rates among the best five (Centre for Law and Democracy) laws as far its provisions are concerned, our rating in implementation is at a poor 66 (The World Justice Project)..

It is well recognized that the first clarion call for transparency was given by Justice Mathew who said: - “The people of this country have a right to know every public act, everything that is done in a public way by their public functionaries. They are entitled to know the particulars of every public transaction in all its bearing. Their right to know, which is derived from the concept of freedom of speech, though not absolute, is a factor which should make one wary when secrecy is claimed for transactions which can at any rate have no repercussion on public security”.

The only restrictions on this fundamental right under Article 19 (1) (a) permitted by the constitution are those specified in Article 19 (2). The exemptions in the RTI Act cover all of these. Yet the performance of all three estates in implementation has not been very good. There was a hope that the judiciary with its pronouncements on RTI would be a role model and enforcer of this right. This hope has been belied. There are various instances which can be highlighted. To quote two:
1. The rules for RTI framed by many courts are not in consonance with the Act. Bombay High Court infact did not even frame the rules for a year, and some Courts have exemptions not in the Law. Some High Courts had kept 500 rupees as the application fee, while most other competent authorities charged 10 rupees.
2. The Supreme Court PIO challenged an order of the CIC in the High Court, and despite it being dismissed by a division bench it has been stayed by the Supreme Court. The Supreme Court has not heard this matter since 2010.
As Aniket Aga wrote in ‘The Wire’ : While the government often comes under fire for not effectively implementing the RTI Act, few have noticed that India’s highest court violates the Act routinely, and with an impunity that makes the government’s evasion of the RTI Act seem benign.’

This is also evident in the way the court refuses to share information about the process of appointments and the reasoning behind it. Charges and complaints against judges are not shared with citizens, nor are the results of investigations. Lack of transparency and accountability are justified on the grounds of maintaining the independence of the judiciary. The little man,-the citizen, - is considered immature by the powerful to monitor them. Ills that afflict the other estates are likely to be present in the judiciary as well. The best safeguard and disinfectant is transparency and the demand for accountability which follows. Justice Chelameswar has very boldly raised the issue of lack of transparency in the judiciary, and the nation is grateful to him. Please do not try to ‘sort it out’. You must take this opportunity to bring accountability and better governance to the nation. There is an urgent need to ensure that all judicial vacancies are filled by a a proper transparent process so that the faith of people in our democracy is restored. It is impossible that the judges can by themselves spare adequate time to select the new judges with proper diligence. You must be aware that the increase in backlog of cases is around 1.5% each year, whereas the vacancies in the judiciary are over 20%. This is the cause for pendencies. A proper process with adequate resource must do this job.

Please recognize Justice Chelameswar’s signal contribution to our democracy, take this opportunity to bring transparency to the judiciary and accept that mistakes may be made in all fields. A democracy providing an equitable and fair nation will evolove, not by having infallible public servants, but by devising institutional mechanisms which will correct the foibles of men.

We have lost the balance of the checks and balances designed by our constitution.
I beseech you Sir, for the sake of our nation let us restore it with your authority and wisdom.

Former Central Information Commissioner
PS.: I am hoping you would respond to this communication.