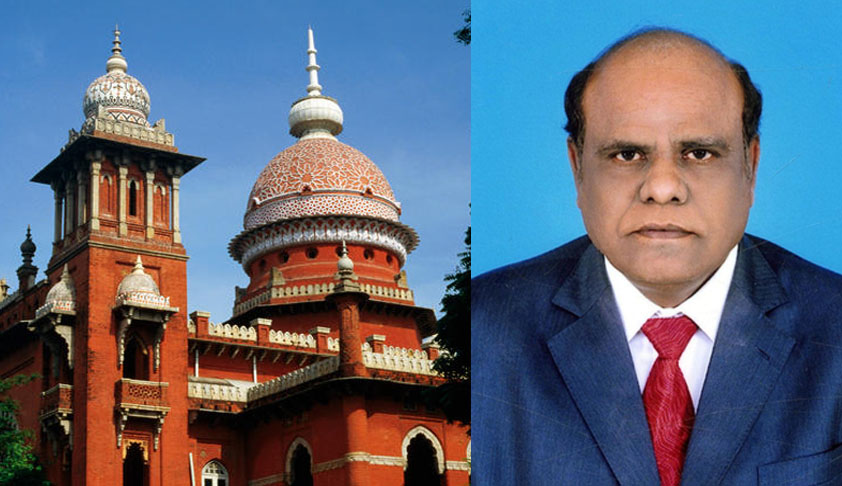 While a special bench was hearing a PIL against the proposed appointment of new judges, Justice CS Karnan of the Madras High Court surprised everyone by entering the courtroom saying the selection is unfair and expressed his desire to file an affidavit in his name, as he was also a part of the judiciary. Later, he abruptly exited the courtroom.The Madras High Court directed the Union Law...

While a special bench was hearing a PIL against the proposed appointment of new judges, Justice CS Karnan of the Madras High Court surprised everyone by entering the courtroom saying the selection is unfair and expressed his desire to file an affidavit in his name, as he was also a part of the judiciary. Later, he abruptly exited the courtroom.

The Madras High Court directed the Union Law Ministry to maintain status quo with regard to the list of names recommended for the post of High Court Judges and listed the matter for further hearing at 2.15 p.m. on January 9. A Division Bench comprising Justices V.Dhanapalan and K.K.Sasidharan was hearing a public interest litigation petition seeking a direction to the authorities to return immediately the list sent by the High Court collegium in December last year so as to send a fresh list. According to the petitioner, recommendation for elevations should be made for competent lawyers from unrepresented communities.

Thirteen posts are vacant in the sixty judge Madras High Court, and 12 names have already been recommended by the high court collegium for appointment as additional judges. With the names of the shortlisted candidates coming out open in judicial circles,a controversy broke out and many started questioning the eligibility of some of the probables. The Madras High Court Advocates Association (MHAA) President RC Paul Kanagaraj called a one-day court boycott. The petitioner’s counselsaid a majority of the 10 candidates recommended for elevation from the Bar had had no independent practice and they had only been assisting the senior lawyers in conducting litigation.

The high court Bench in its order stated that the issue required to be considered in the light of constitutional provisions, more particularly Article 217 (Appointment and conditions of the office of a Judge of a High Court), and the memorandum of procedure for appointment/transfer of Judges. Till the disposal of the main petition, the petitioner wanted an order of interlocutory injunction and contended that thereshould be an interim order directing the Ministry of Law, Justice and Company Affairs, Government of India, to maintain status quo in the matter, in the meantime.

Before starting the proceedings, Justice Dhanapalantalked about the behavior of Justice CS Karnan and said the behavior of some advocates in his court hall in the morning could not be respected.The Justice Karnan episode has stirred a debate in the legal fraternity on whether a serving judge can initiate any litigation in the same court when he has other options available, such as expressing his views at full court meetings or complaining directly to the chief justice concerned.

Madras High Court judge C S Karnan, who stormed a courtroom and criticized the selection of new judges, has been known to raise controversy in the past as well. In November 2011, his allegation that four-five high court judges had humiliated him on the basis of caste, led to anagitation. He had said that Dalit judges were targeted and their reputation tainted whenever they proclaimed their self-respect. Judge Karnanhad set anexample at that point in time by addressing a crowded press conference at his chambers in the high court, where he said he was facing humiliation and embarrassment since April 2009. He also was the first sitting judge in India to lodge a complaint of caste bias with the National Commission for SC/ST. He said for almost two years he did not speak about this issue, as he wanted to safeguard the dignity of the institution.

On June 17 last, a judgment delivered by him had far reaching consequences. The observations made by him are as follows:

“(i) If a bachelor aged 21 years or above and a spinster aged 18 years or above had pre-marital sex with intention to marry and subsequent to this the man deserts the woman the victim woman can approach a civil forum for remedy after producing necessary substantial evidence to grant her social status as wife. This remedy is not only for the purpose of giving relief to the victim woman but also to maintain the cultural integrity of India.

(ii) The law permits the affected woman to initiate criminal proceedings against her paramour for cheating her and deserting her after making a promise of marriage, but there is no provision to approach the civil forum for her remedy. The High Court is the Apex Court of this state and constitutional authority. Therefore, this Court has given the legal relief to the affected woman. Without fully understanding this Court's judgment, adverse comments shall not be passed. This Court's order does not in any way run against the cultural interest and religious systems followed by the persons in the various communities. This order has been passed after a detailed analysis in order to protect Indian culture and welfare of women.”

His above quoted judgment faced serious criticisms, following which a couple of days later, Judge Karnan issued an extraordinary statement, which was a gag order. He called for a universal viewing of his judgment and asked people not to make opposing comments!