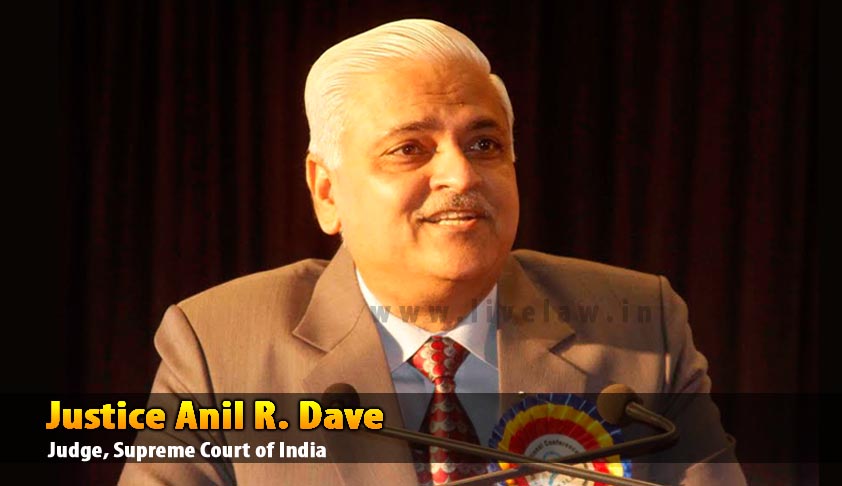 Justice Anil R. Dave, the head of the five-Judge Bench hearing the challenge to the validity of the National Judicial Appointments Commission has recused himself from hearing the case.

The step taken by the Supreme Court Judge came after senior lawyer, Fali S. Nariman, who represents the Petitioner- Supreme Court Advocates-On-Record Association, raised an objection. According to Mr. Nariman, the provisions of the Constitution (Ninety-ninth amendment) Act, 2014 and of the National Judicial Appointments Commission Act, 2014 came into force from April 13, 2015. Consequently, Justice Dave became a member ex officio of the National Judicial Appointments Commission, the validity of which has been challenged.

His note hence stated, “It is respectfully submitted that it would be appropriate if it is declared at the outset- by an order of this Hon’ble Court- that the Presiding Judge on this Bench will take no part whatever in the proceedings of the National Judicial Appointments Commission.”

He also stated that the 13th April notification was “improper but not illegal”, since the validity of the act was still being adjudicated upon. He called it a “conflict of two conflicting duties”.

Attorney General Mukul Rohatgi called the objection raised by Mr. Nariman “unfounded” and “completely condemnable”. Rohatgi also opposed the stand taken by Nariman by stating that Judges fulfill more than one role. They have been a part of earlier collegium also and while continuing to discharge judicial function, they were involved in administrative measures too. "So, they can be a part of new judicial commission apart from doing judicial functions," the AG said, adding that for hundred years it has been seen that administrative decisions of full court are often challenged on judicial side and same judges of full court decide them, "so that there is no conflict of interest".

On 13th April, the Central Government notified the NJAC Act to come into force with immediate effect.

As per the PIB release “The Government today notified the National Judicial Appointments Commission Act, 2014 and the Constitution (Ninety-ninth Amendment) Act, 2014 for bringing in a change in the existing system for appointment of Judges in Supreme Court and High Courts.” Read the LiveLaw story here.

Last week, a three Judge bench of the Supreme Court comprising of Justice A.R. Dave, Justice J. Chelameswar and Justice M.B. Lokur referred to a larger bench, a batch of Writ petitions challenging the Constitutional validity of the NJAC Act. The Supreme Court had said that it would proceed on the merits of the matter only after deciding whether the Petitions were maintainable or not. This was because the law was not notified yet. However, with this surprise notification, the question of maintainability is now redundant.

Earlier in August, a three Judge Bench of the Supreme Court, comprising of Justice Anil Dave, Justice Chelameswar and Justice Sikri dismissed a batch of PILs challenging the 121st Constitutional amendment and National Judicial Commission Bill 2014, holding it is a “premature” challenge.

However, on being specifically requested by senior advocate Fali S Nariman, who represented the AoR Association, the court had noted in its order that “it would be open to the petitioners to approach this court at an appropriate stage and make all submissions on merits”.

It is this liberty granted to them by the Supreme Court, which is forming the basis for their renewed claim. Senior advocate Bishwajit Bhattacharya, who had earlier challenged the NJAC through a separate petition, still maintains the contention that since the cure seemed to be worse than the disease, it had to be challenged.