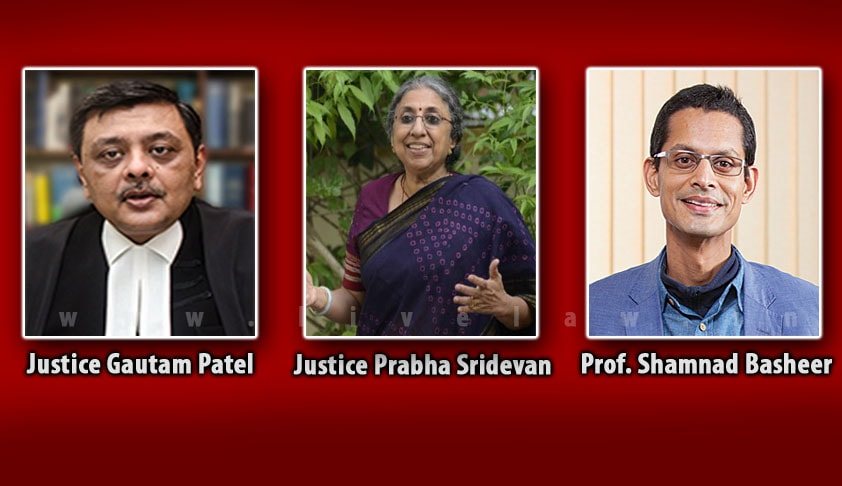 Three Indian’s who made it to this year’s list are Justice Gautam Patel of the Bombay High Court, Justice Prabha Sridevan, former judge of the Madras High Court and former Chairperson, IPAB and Prof Shamnad Basheer, Founder of the blog, SpicyIP. All three of them have contributed to India’s IP discourse in significant ways.

Mr Justice G. S. Patel Justice Gautam Shirish Patel is known for his strong lucid judgments and literary flair. He has rendered some of the well-known verdicts in Crayon TM war and ‘Café Madras’ cases. He was born in Mumbai and graduated from St. Xavier's College and Government Law College. He has diversified practice in commercial, corporate and civil litigations. During his days of practice he has also appeared in a large number of environmental public interest litigations including those relating to the Sanjay Gandhi National Park, protection of mangroves, town and country planning issues, Melghat National Park, the Mill Lands, protection of open spaces, etc. He has contributed articles and reviews to the Economic & Political Weekly, Time Out Mumbai, the Mumbai Reader, etc.

Justice Prabha Sridevan was the Chairperson of Intellectual Property Appelllate Board from 2011-’13. She was born in Chennai. She is noted for her integrity and courage to criticize government’s apathy towards the tribunal. After her retirement, she also spoke against the lack of independence of IPAB . Most notably, it was her judgment at the IPAB that validated the IPO ruling on India’s first compulsory license in Bayer vs Nexavar. She is also very passionate about Geographical Indications. The Yahoo patent, the Nexavar compulsory licence , the Thalappakatti Biriyani trademark are among the cases decided by her. She has pointed to the need for greater understanding and appreciation of the role ascribed to Geographical Indications. She is also extensively involved with various social and legal issues outside of IP and is a very strong opponent to the death penalty. She also headed the IP Think Tank which was assigned the task of framing the National IPR Policy.

Prof. Basheer, has been involved with Indian IP for more than 15 years. He founded the blog Spicy IP in 2005 as a way of democratizing the discussion around intellectual property issues and to foster more transparency in Indian IP. Prof Basheer also assisted the Hon’ble Supreme Court in one of India’s most path-breaking IP case, Novartis v. Union of India [(2013) 6 SCC 1] as an intervener-cum-amicus. In this landmark judgment, SC rejected the patent plea for Glivec (an anti-cancer drug) and relied pertinently on his interpretation of section 3(d). Recently, the Madras High Court handed him a huge victory in his PIL challenging the constitutionality of IPAB alleging that the IPAB has failed miserably on resolving IP disputes in a speedier manner and reducing the pendency at the High Courts which were the two main purposes of its constitution. In another PIL filed by him Prof Basheer advocated that the Right to Information Act, 2005 ought to trump all other legislation such as the Patents Act when it came to information dispensation.

Interestingly, the MIP Top 50 list also includes the prominent pop-star Taylor Swift. MIP noted that Swift has had a knack of causing waves for various moves in intellectual property and received a lot of attention for applying to register various trade marks related to her hit album 1989, such as “Party Like It’s 1989” and “This Sick Beat”.

Managing IP’s list is compiled annually by its editorial team. It recognizes individuals who are shaping IP law, policy and business throughout the world and includes the legislators, judges, business leaders, lobbyists and educators. It does not however include lawyers in private practice.