Justice Kalifulla retires; His approach to BCCI case was “like a Cricket Captain” says CJI 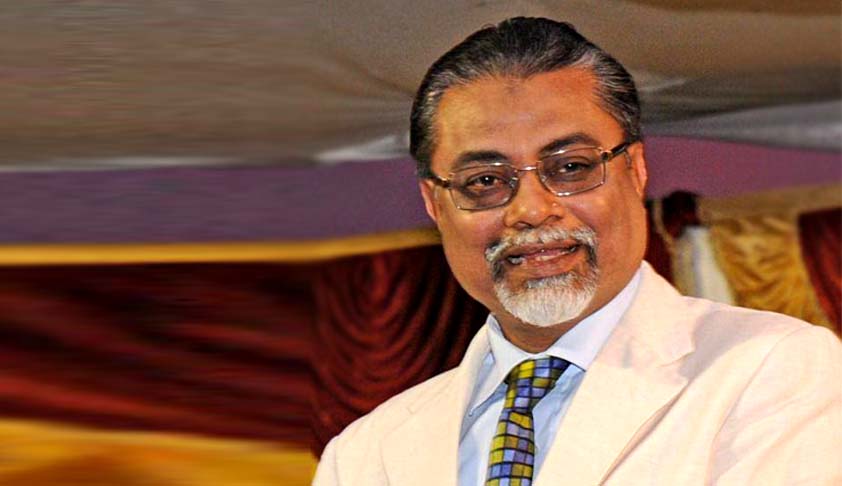 Supreme Court Judge Justice F M I Kalifulla, who was part of the bench along with Chief Justice T S Thakur which ordered carrying out of sweeping changes in the structure, management and functioning of the BCCI retired yesterday.Kalifulla who was the Chief Justice of Jammu and Kashmir High Court was elevated to the Supreme Court in April 2012.At the farewell function organized by the...

Supreme Court Judge Justice F M I Kalifulla, who was part of the bench along with Chief Justice T S Thakur which ordered carrying out of sweeping changes in the structure, management and functioning of the BCCI retired yesterday.

Kalifulla who was the Chief Justice of Jammu and Kashmir High Court was elevated to the Supreme Court in April 2012.

At the farewell function organized by the Supreme Court Bar Association at the Indian Society Of International Law (ISIL) , the CJI said Justice Kalifulla played a vital role in suggesting the way the BCCI case needs to be taken forward and said he “provided valuable insights”.

"While deciding the BCCI matter I felt like I was sitting beside a former Indian cricket captain. That much insight was provided by Kalifulla. He has so much insight into the working of BCCI. I am eternally grateful to him for helping me and the game as such in regaining its glory. Nothing is forever, nothing is eternal. But I think my short association with Justice Kalifulla will stay forever."

An emotional Justice Kalifulla who hails from Karaikudi, Sivagangai District, Tamil Nadu, in his farewell speech, thanked his family for all the support during his career. He thanked Justice Thakur for his guidance and his mentor T S Gopalan for giving him a free hand in all the cases he handled under him.

Remembering how the outgoing judge restored faith in the minds of Kashmiris, Thakur said Kalifulla travelled across the state of Jammu and Kashmir only to ensure that the common man, the poor man also has access to justice.

"He travelled from one corner of the state to another. He established legal aid clinics which generated so much of confidence among the people of the state. That there is a man who is the Chief Justice and who takes the trouble and risks because travelling in Kashmir to small places, which are affected, is not free from risk," he said.

"His transfer to Kashmir was when that state was going through a very difficult time as it is even now, because of internal disturbances and various challenges which that state and institutions in that state face.

"Kalifullas transfer to Kashmir from Madras was seen as some kind of national integration to contribute to restoration of the institutional integrity of that state. The kind of work that he did is remembered even now," Justice Thakur added.

Justice Kalifulla is the son of Late Thiru. Justice M. Fakkir Mohamed and was born on 23.07.1951 and enrolled as an Advocate on 20.08.1975. He was an active Labour Law Practitioner as Partner of the Lawyer's Firm called M/s. T.S. Gopalan & Co., and appeared for various Public and Private Sector Undertakings, Nationalised and Scheduled Banks. He was the Standing Counsel for the Tamil Nadu Electricity Board. On 02.03.2000, His Lordship was appointed as Permanent Judge of the Madras High Court.

After assumption of office, the learned Judge has rendered very many landmark Judgments. In one case relating to election to a local body, namely, the Chennai City Corporation, sitting in a Division Bench, the learned Judge rendered a dissenting Judgment holding that the election in respect of 99 wards was liable to be set aside. The matter was referred to a third Judge and the third Judge also confirmed the view of Justice F.M.Ibrahim Kalifulla.

Enthralled by the verdict of the learned Judge, there was widespread appreciation from all quarters. To quote a few, there was an article written by a retired conscientious bureaucrat of the Indian Administrative Service, which would be of worth mentioning. The said article appeared in ‘NEWS TODAY’ dated 13.1.2007 under the caption “ A MOMENT OF INFAMY FOR TAMILNADU GOVERNMENT”. It will be appropriate to quote what the author said in his article.

One other landmark judgment delivered by the learned Judge was relating to introduction of Vedic Astrology as a course of Scientific study in the Indian Universities which had the seal of approval of the Supreme Court.

The number of judges in the Supreme Court came down to 28 with the retirement of Justice kalifulla. The sanctioned strength of apex court is 31 judges which meant that the vacancies go up to three.