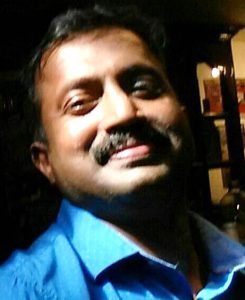 Days lapsed since the sentencing order was passed by the Apex Court. The Nation read the terse order punishing Judge of the Calcutta High Court for contempt of court. The events constituting the contempt are not spoken authentically by the Supreme Judiciary till today. Nation digests the overall escapades and idiosyncrasies of Karnan spelt out in media as the basis of conviction. No...

Days lapsed since the sentencing order was passed by the Apex Court. The Nation read the terse order punishing Judge of the Calcutta High Court for contempt of court. The events constituting the contempt are not spoken authentically by the Supreme Judiciary till today. Nation digests the overall escapades and idiosyncrasies of Karnan spelt out in media as the basis of conviction. No official documentation of saga of Karnan’s contempt is coming out. The saddest part of the unprecedented happenings is ‘a judgment of sentence without a judgment of conviction’. Well, for the present, the Nation assumes that Justice Karnan’s conduct chronicled by media forms the foundation of the sentencing order.

College days of a now middle aged lawyer presented a romantic picture of the development of constitutional law in India. Concept of personal liberty construed in A.K. Gopalan case and it’s traversing through Maneka Gandhi and all, made a then law student to yearn for being part of this process. But the happenings from early 90’s till today mainly with the NJAC judgment posit a disappointing trajectory of constitutional law. From the evolutionary pace to revolutionary strides, the development of Constitutional law now takes retrogression to reactionary track. Things do not augur well for the system.

It is learnt from media that Justice Karnan was issued notice by the Apex Court on charge of contempt of Court for having made some allegations of corruption against sitting and retired Judges of the Supreme Court and High Court in a letter addressed to the Prime Minister, Chief Justice of India and Opposition Leader. Uncompromising Karnan went on a rampage on the system with his weird judicial fiats. But as of now, Nation is groping in dark as to how allegations of corruption are turning to be contemptuous conduct. Nation does not know whether any inquiry was conducted into the allegations raised by Karnan or whether it was on being convinced that the allegations were wantonly raised with spite and ill will by a sitting Judge of a High Court. For the laity, thought process may be that a sitting Judge is slapped with contempt notice when he raised complaints of corruption against brother Judges. Are not Judges entitled to point out corruption coming across them if it relates to their superiors in hierarchy or peers on the perch? These disturbing queries may be put by a citizen with civic sense to himself.

How a Judge of a High Court be proceeded against in contempt proceedings for having raised a complaint of corruption against other Judges? What is the impact of Article 215 of the Constitution regarding power of High Court Judge in contempt of its own Court and that of the Supreme Court under Article 129 of the Constitution in a situation when pantheons on the Bench are pitted against one another.

Our Judiciary, across the globe, presented itself as a vibrant and organic arm of State in the post independent era and during autocratic trends in late 70’s. Judiciaries of civilized countries are setting standards for human conduct with informed reasons and churned out values. Even draconian military regimes afford an opportunity to the culprit to offer his explanations on a charge, framed or formed. At least a ritualistic trial takes place. An order of sentence follows a reason for conviction, though many a time contrived one. But here in the trial of a High Court Judge, there is no charge framed, no trial conducted. It appears so. There is a sentencing order with a warrant for execution - putting the cart in front of horse. The order of sentence says that the judgment (reason for conviction) will follow. The most uncivilized system even cannot brook this process. It is not an ordinary citizen ordered to be jailed – but a sitting Judge of a High Court. The Nation be told on what reasons a sitting Judge is going to be jailed. The Indian Judiciary has re-written fundamental tenets of jurisprudence. Now the law of the land is laid down. Article 141 carries its weight down the line. A new era of judgment of sentence without judgment of conviction has been heralded. Development of constitutional law now takes a parabolic path. The downward journey is progressing.

Insulated tenure, with Impeachment as a mere impossibility, ensured independence of Judiciary. High Courts of States, the highest courts of federal units, are constitutional Courts with built-in immunised tenure. The Supreme Court of India cannot administratively rein in a High Court. But the subordinate Judiciary is well under the penumbra of High Courts of States. Article 227 of the Constitution, Sections 482 and 483 of the Code of Criminal Procedure, 1973 hold Subordinate Judiciary of State under the Highest Court of the federal unit. No such authority or power conferred on Apex Court by the Constitution to hold in leash the High Court of a State. An independent federal judicial hierarchy is contemplated by framers of the Constitution. Curiously also, Calcutta High Court is not creation of Constitution. But one formed by Letters Patent issued under the Indian High Courts Act 1861. Constitution only recognises its existence by preserving its jurisdiction under Article 225. But Only the ‘law’ laid down by the Supreme Court is binding on the Courts in India under Article 141 – a mechanism to secure ‘stare decis’ for consistency and uniformity in the interpretation of law throughout the territory of India. The unfortunate events unfolded in Karnan’s episode may put deterrent quotient on High Court Judges in as much as they may have to fear an armoury of contempt in convoluted or covert forms resulting in defection of their sense justice on matters under adjudication. Independence of federal judiciary is razed to the ground - a dangerous scenario in contemplation.

Frankenstein’s monster is emerging. Constitution, the creator, is apprehensive of its own existence. Article 142 is like giving blessings to ‘Bhasmasura’. Now Parliamentarians cannot dream of an impeachment motion against an errant Judge. The moment you start the signature campaigning for impeachment, it may fall foul of contempt jurisdiction. Dear Parliamentarians, your accusation against the Judge in the impeach motion can be paraphrased as contempt, given the present scenario prevails. Impeachment motion in limbo will turn out to be a still born one with contempt capsule causing miscarriage. Foresee a mega event where signatories of impeachment motion stand in the contempt dock and their enmasse order for jail term. Surely, we are developing. We are experimenting newer areas of constitutional jurisprudence. But Karnan event has made impeachment a blunt weapon, at least when proposed to be put against a Supreme Court Judge. Just imagine the situation when allegations against Justice Ramaswamy in impeachment motion being pre-empted by initiating contempt proceedings against the signatories of motion. Certainly it did not happen thanks to sobriety and maturity of the concerned. Parliamentarians must understand that you are the keepers of the conscience of the Nation. You are endowed with carte blanche to bring to an end even the constitutionally protected tenure of monstrous constitutional functionaries. You represent the Will of people. The Will of the people is supreme in a constitutional democracy.

Who has to be found fault with. Certainly not judiciary. It is the political class and lawyers community as a whole. Rather their culpable inertia and indifference. When two constitutional organs started internecine fights, responsible Executive Heads and political class remained mute spectators, with concealed laughter inside. When Karnan showed signs of indiscipline which could amount to misconduct, political class, especially parliamentarians, enjoyed like watching a rooster fight. They never cared to get into the issue by moving impeachment motion for the perceived misconduct, which could have also offered an avenue for Karnan for demonstrating his allegation. A fair trial of Karnan would have taken place in the sanctum sanctorum of democracy. Nation could have witnessed and adjudicated as to who is right and who is rotten. It is curious why the vibrant Executive remained silent when the indiscreet bravado of Karnan and brick-batting retaliatory adjudications followed one after the other from high constitutional institutions! Wisdom must have prevailed over the Executive Head to intervene in the matter to avert the country from being looked up on by the world as immature and impulsive. Time has not run out. Executive Head can intervene for which political class must rally with unanimity for salvaging the reputation of great constitutional institutions. Here is a big constitutional crisis. A sitting High Court judge enjoying constitutional immunity is ordered to be sent to jail without a judgment supporting the charge. Something unprecedented and unparallelled in civilized nation. Cutting across party lines, a joint appeal to the Executive Head representing the full conscience of the Nation, can undertake the damage control exercise. A Presidential intervention can be an elixir. Really appalling that the influential legal intelligentsia on the Bar failed in collectively communicating to Their Lordships and suggesting way outs for defending the prestige and majesty of the institution. We, lawyers, must confess that it is our apathy to the system and its concerns, contributed to this woeful state of affairs. Lawyers alienated themselves from the system in the process of consciously guarding themselves against antagonism from Bench. Unpalatable truths are not conveyed to the Bench eyeing mainly on professional advantages. In this long drawn process now there is no Bar and Bench concept but a Bar and Barrier scenario in existence. Lawyers, now it is our turn to repent.

India, that is Bharath, is leaping forward on all fronts. General perception is that a mighty India is emerging and the majesty of the Nation is being established across the globe. Now fantastically articulating political class we have. Dexterously delivering Executive we have. Amazing legal acumen we showed in securing reprieve to Khulbhushan Jhadav. Bharath is asserting its aura as enlightened Nation through its rich cultural heritage. But Bharath Matha! Karnan episode grins at you: A sitting High Court Judge in exile!! Nation reached the netherworld of ignominy. We created history. Kudos to the Executive Government for its apathy. History presents its own ironies. On 1stth July 1862, Queen Victoria issued Letters Patent establishing the first High Court in India in Fort Williams at Calcutta, abolishing the Supreme Court there. Now on 9th May 2017 the Calcutta High Court contributed the first sitting Judge to be sent to prison on charge of contempt. Oh! Queen Victoria! Are you laughing from the heaven or shedding tears. Jai Hind!!!