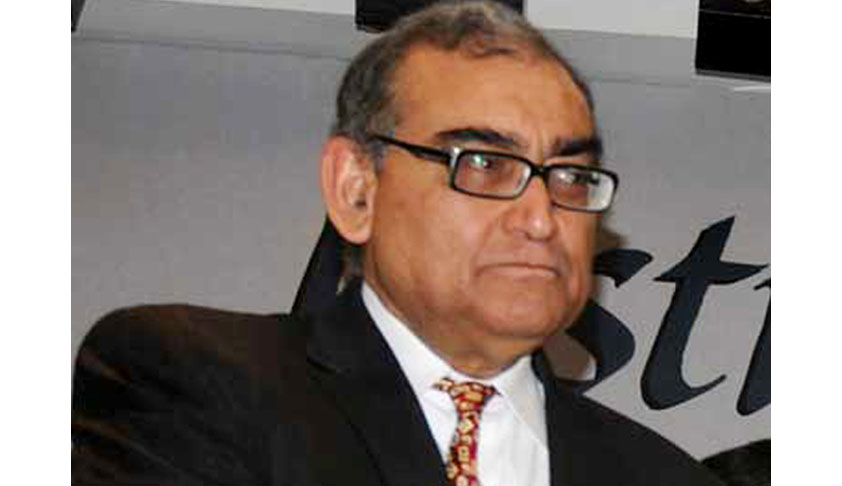 The facebook posts of Justice Katju these days have become expose of hidden judicial misdeeds and behind the scene operations in judges appointments. The facebook post he uploaded two hours ago, contains shocking revelations about the conduct of three former Chief Justices of India, CJIs  Justice  Lahoti, Justice Sabharwal and Justice K G Balakrishnan in granting extension and confirming...

The facebook posts of Justice Katju these days have become expose of hidden judicial misdeeds and behind the scene operations in judges appointments. The facebook post he uploaded two hours ago, contains shocking revelations about the conduct of three former Chief Justices of India, CJIs  Justice  Lahoti, Justice Sabharwal and Justice K G Balakrishnan in granting extension and confirming a corrupt judge. The controversial post is supported by growing comments minute by minute. Since there should be larger discussion on the issues raised by Justice Katju, the facebook post is quoted verbatim

That Judge had the

solid support of a very important political leader of Tamilnadu. I was told that this was because while a District Judge he granted bail to that political leader.
Since I was getting many reports about his corruption, I requested the Chief Justice of India, Justice Lahoti, to get a secret IB enquiry made about him. A few weeks thereafter, while I was in Chennai, I received a call from the Secretary of the CJI saying that the CJI wanted to talk to me. Justice Lahoti then came on the line and said that what I had complained about had been found true. Evidently the IB had found enough material about the Judge's

corruption.Sincethe 2 year term as Additional Judge of that person was coming to an end I assumed he would be discontinued as a Judge of the High Court in view of the IB report. However what actually happened was that he got another 1 year appointment as an Additional Judge, though 6 other Additional Judges who had been appointed with him were confirmed and made permanent Judges of the High Court.I later learnt how this happened. The Supreme Court Collegium consists of 5 seniormost Judges for recommending names for appointment as a Supreme Court Judge, and 3 seniormost Judges for dealing with High Courts. The 3 senior most Judges in the Supreme Court at that time were the Chief Justice of India, Justice Lahoti, Justice Sabarwal, and Justice Ruma Pal. This Supreme Court Collegium recommended that in view of the adverse IB report the Judge should be discontinued as a High Court Judge after his 2 year term was over, and this recommendation was sent to the Central Government.The Central Government at that time was the UPA Government. The Congress was no doubt the largest party in this alliance, but it did not have a majority in the Lok Sabha, and was dependent on support by it allies. One of such ally was the party in Tamilnadu which was backing this corrupt Judge. On coming to know of the recommendation of the 3 Judge Supreme Court Collegium they strongly objected to it.The information I got was that Prime Minister Manmohan Singh was at that time leaving for New York to attend the U.N. General Assembly Session. At the Delhi airport he was told by the Ministers of that party of Tamilnadu ( who were Congress allies ) that by the time he returns from New York his government would have fallen as that Tamilnadu party would withdraw support to the UPA ( for not continuing that Additional judge ).On hearing this Manmohan Singh panicked, but he was told by a senior Congress minister not to worry, and he would manage everything. That Minister then went to Justice Lahoti and told him there would be a crisis if that Additional Judge of Tamilnadu was discontinued. On hearing this Justice Lahoti sent a letter to the Government of India to give another term of 1 year as additional Judge to that corrupt Judge, ( I wonder whether he consulted his two Supreme Court Collegium members ),and it was in these circumstances this corrupt Judge was given another 1 year term as Additional Judge ( while his 6 batch mates as Additional Judges were confirmed as permanent Judges ). The Additional Judge was later given another term as Additional Judge by the new CJI Justice Sabarwal, and then confirmed as a permanent judge by the next CJI Justice K.G. Balkrishnan, but transferred to another High Court.I have related all this to show how the system actually works, whatever it is in theory. In fact in view of the adverse IB report the Judge should not even have been continued as an Additional Judge”