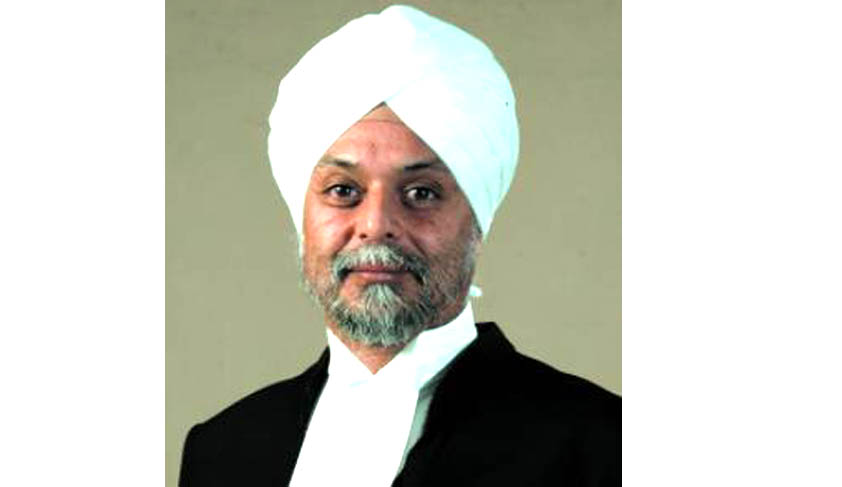 Justice Jagdish Singh Khehar, reportedly told the registry that in future, no matter with regard to the Sahara Group Company should be placed before a bench of which he is a member. He authored the significant judgment which led to an extended jail stay of Sahara Chief Subrato Roy. In a brief press conference Supreme Court PRO informed that a new bench is constituted to hear the case.

This decision assumes importance in wake of the public statement issued by Justice Radhakrishnan that he faced “pressure, tension and strain” while hearing the Sahara matter. Justice Radhakrishnan, while addressing the legal fraternity at the farewell function organized by a faction of lawyers at the Indian International Centre (IIC), said, “Referring to Sahara case, I can’t say more because case is pending. But pressure, tension and strain which I have undergone is unimaginable. Already this pressure reflects on my wife and family also. It was that much a complicated case. See, it is not over so I can’t speak much on the Sahara matter.”

It was reported by Livelaw earlier that in the May 6 judgment which rejected Subrata Roy’s plea against his detention, Justice Khehar had said, “We won’t allow Bench Hunting, Bench-Hopping or Bench Avoiding”. The Supreme Court has come down heavily on Senior Counsels  by saying that “if it was learned counsel’s posturing antics, aimed at bench-hunting or bench-hopping (or should we say, bench-avoiding), we would not allow that. Affronts, jibes and carefully and consciously planned snubs could not deter us, from discharging our onerous responsibility”

The judges noted that Mr. Ram Jethmalani, the Counsel for Sahara, told them that they shouldn’t hear the matter because “his client” had apprehensions of prejudice. He would, however, not spell out the basis for such apprehension. Furthermore, they rightfully said that, “If it was learned counsel’s posturing antics, aimed at bench-hunting or bench-hopping (or should we say, bench-avoiding), we would not allow that. Affronts, jibes and carefully and consciously planned snubs could not deter us, from discharging our onerous responsibility. We could at any time, during the course of hearing, walk out and make way, for another Bench to decide the matter, if ever we felt that, that would be the righteous course to follow. Whether or not, it would be better for another Bench to hear this case, will emerge from the conclusions, we will draw, in the course of the present determination.”

The Judges reiterated the power of the Supreme Court and said that, “There is no escape from, acceptance, or obedience, or compliance of an order passed by the Supreme Court, which is the final and the highest Court, in the country”, adding that  “It is not for a Court, to tender any explanation to any litigant, or to his counsel. Accordingly, it should never be considered as obligatory, on the part of this Court, to tender any such explanation.”

The judges were clearly aghast with the attitude adopted by the counsels for the petitioner and said that, “During the course of their submissions, learned counsel for the petitioner, chose to address the Court by using language, which we had not heard (either as practicing Advocates, or even as Judges in the High Courts or this Court).”

Earlier in March, Mr. Roy had apologized to the Supreme Court for his failure to comply with the order to appear before it. “With folded hands, I am begging you to save us. Give us time,” Mr Roy had urged the court, vowing that its “every direction” would be followed. Mr. Roy also sought more time for refunding money to investors. “I have faith in you. Punish me if I don’t comply with your order,” he had told the court. “We will sell our properties to refund the amount,” Mr. Roy said. However, the Court had not paid heed and extended his custody. Read this news here.

The judgment questioned, what is it that is needed to bear the affront, scorn and ridicule hurled at officers presiding over courts? Answering it at the same time, it said that surely one would need superhumans to handle the emerging pressures on the judicial system.

Senior advocate K.K. Venugopal, addressing the same audience at the farewell function mentioned earlier, rightfully praised the Court for showing that nobody was above the law. This decision by Justice Jagdish Singh Khehar is an evidence of the towering and ever soaring level of calculated psychological offensives and mind games adopted during the trial and the pressure that the judges went through, before pronouncing a judgment through which it was the law that emerged as the brave victor.

Read more news about Sahara and its legal struggles here.