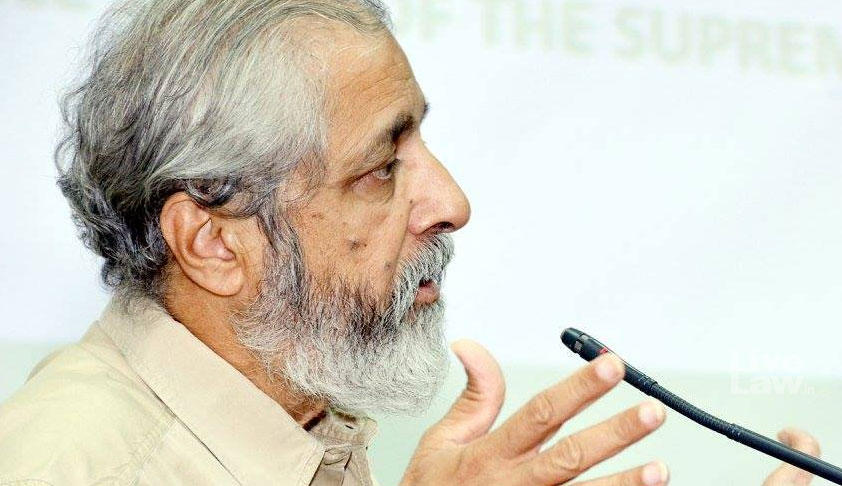 Justice M B Lokur would continue to head the Supreme Court's e-committee for digitisation of the courts across country, with Chief Justice Dipak Misra reposing faith in the decision of his predecessor Justice J S Khehar, News Agency Press Trust of India (PTI) has reported.Justice Lokur's continuance in the job assumes significance as, after taking over as the e-committee head for the first...

Justice M B Lokur would continue to head the Supreme Court's e-committee for digitisation of the courts across country, with Chief Justice Dipak Misra reposing faith in the decision of his predecessor Justice J S Khehar, News Agency Press Trust of India (PTI) has reported.

Justice Lokur's continuance in the job assumes significance as, after taking over as the e-committee head for the first time in 2012, he had taken up the ambitious task of making the apex court paperless.

This July, the e-panel had equipped the first five courts with large tablet computers which also serve as horizontal writing pads.

The complete digitisation of case records of the apex court is likely to be completed next year.

As per a Supreme Court notification earlier this month, Chief Justice Misra, who is the patron-in-chief of the panel, has decided to continue with Justice Lokur as the judge-in- charge of the crucial committee, the PTI report said.

Besides Lokur, other members of the panel are Justice A M Khanwilkar, Justice D Y Chandrachud and four others.

Justice S H Kapadia as Chief Justice of India had appointed Lokur for the first time as the head of the e-panel in 2012, a post he continued to hold till last year.

However, he was replaced during the tenure of Chief Justice T S Thakur in November 2016 by former Chief Justice of Rajasthan High Court Sunil Ambwani.

But when former chief justice J S Khehar took over the mantle from Justice Thakur, he reversed the decision and reinstated Lokur to the position, which he has been holding continuously during the tenures of CJIs including Justices S H Kapadia, Altamas Kabir, P Sathasivam, R M Lodha and H L Dattu.

Justice Lokur is now the third senior-most judge in the apex court hierarchy and is set to demit office on December 30, 2018.

The e-Committee set up in 2004 is a body constituted by the government under the Supreme Court for policy formulation and implementation of information and communication technology in the courts across the country.

The process of digitisation was started during the tenure of former CJI H L Dattu, who had entrusted the task to Lokur as the head of the e-panel. Under his leadership, the e-committee this May had also overseen the launch of ambitious integrated case management information system (ICMIS) of the Supreme Court, in which various high courts in the country are in the process of uploading large number of case files.

The ICMIS, also described as a next generation hybrid database, helps the litigants and lawyers by disseminating information online about the status of cases, the next date of hearing and objections in defective matters.

The panel has also successfully launched the National Judicial Data Grid for district courts across the country and is now working on a similar grid for High Courts. The grid gives data of pendency of cases (both civil and criminal) of district courts in every state. It also gives details of cases pending over 10 years and five years, besides cases filed by senior citizens, women and other related data.