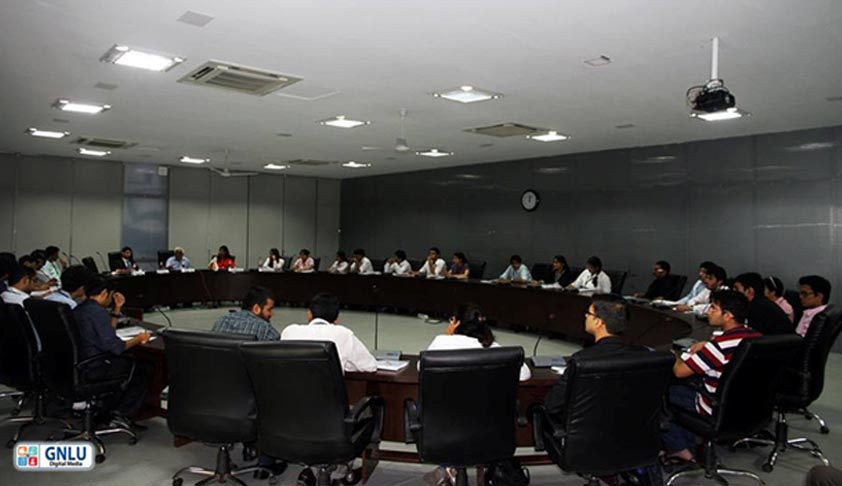 The Gujarat National Law University, Gandhinagar through its Centre for Sports Law (GCSL), which is the only dedicated centerfor Sports Law in the country, launched its 3-Day Certificate Course on Sports Law and Management (September 06-08, 2014). The inauguration ceremony was presided over by the Honorable Chief Guest, Justice MukulMudgal, Former Chief Justice of the Punjab and Haryana...

The Center of Sports law established at the Gujarat National Law University (GSCL) is taking the initiative to offer expert law consultations to the sports industry in the legal regulation of sports in modern times and as an amalgam of such diverse legal disciplines as sports law and policy, contract, tort, taxation, labor, competition, TV rights, match fixing and related criminal laws etc and building a generation of best sports Lawyers from legal novice at the national and International stage.

The opening address was delivered by Dr. Bimal Patel, focusing on the applicability of Sports Law in India and the related avenues, in the Indian perspective. He also stressed on the importance of this field of law calling it a ‘pure law’. Dr. Patel’s speech was followed by Dr. Richa Sharma who gave an insight about the Certificate Course and its scope. She also laid emphasis on the fact that the Sports Law scenario in India is at an inflection point and it is signifies the initiation of a new domain in Law. This was followed by the speech of Mr. R.K Naidu, who gave valuable insights into the actual application of Sports Law in India. Being the Captain of the National Handball Team for more than 15 years, Mr. Naidu stressed on the inherent need for committed sports development and sports law centers across the country, like the National Sports University in Gandhinagar. The inaugural ceremony’s highlight was the speech of the Chief Guest, Honorable Justice MukulMudgal who brought out the intricacies of Sports Law in India. He focused on the evolution of sports law in general, and threw light on some of the recent legal events in the sports arena. He also inspired the students to take up litigation as a career option, as the real flair of law lies in Litigation. Dr. Thomas Mathew, Registrar, GNLU delivered a speech to conclude the inaugural ceremony.