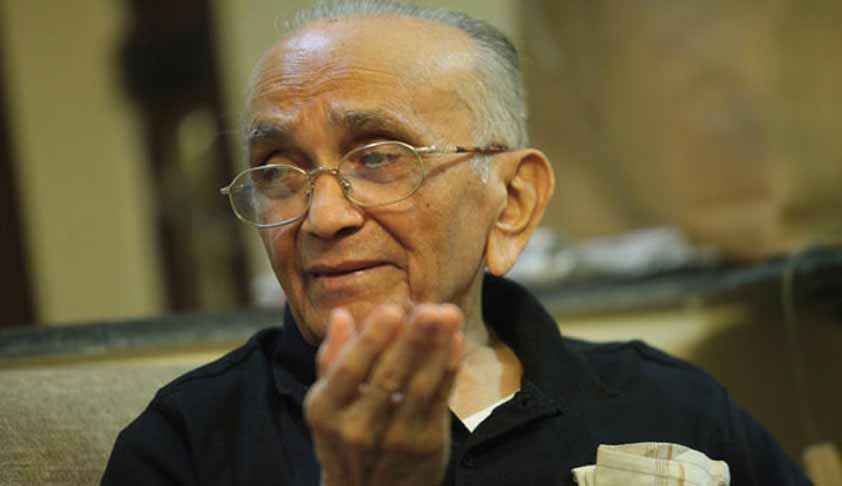 On 16th June, 2017 Justice P. N. Bhagwati, former Chief Justice of India, passed away at the age of 95. He was a great judge and a great human being who is rightly considered as father of the Public Interest Litigation movement in the country. He became the 17th Chief Justice of India on 12 July 1985 and held this office till 20 December 1986. He was a great defender of human rights and...

On 16th June, 2017 Justice P. N. Bhagwati, former Chief Justice of India, passed away at the age of 95. He was a great judge and a great human being who is rightly considered as father of the Public Interest Litigation movement in the country. He became the 17th Chief Justice of India on 12 July 1985 and held this office till 20 December 1986. He was a great defender of human rights and dignity in the apex court of the country. He was a judge par excellence.

Mr. P. N. Bhagwati was born on 21 December 1921 at Ahmadabad in Gujarat in a family of judges and lawyers. His father Mr. N. H. Bhagwati has been a judge of the Supreme Court of India. He had six brothers who did very well in their life. One of his brothers namely Mr. Jagdish Bhagwati is an internationally-known economist who teaches at Columbia University. His father Justice Bhagwati was his role model in life. He was eldest among all his brothers.

Mr. Bhagwati got all his education in the city of Bombay. He studied at Elphinston College, received a degree in Mathematics (Hons.) from the University of Bombay in 1941 with distinction. Thereafter he earned his law degree from Bombay University, studying in Government Law College, Bombay in 1945. During his college life he also participated in the freedom movement. He was deeply associated with the Quit India movement in 1942. In other words, he was a true Gandhian who lived a patriotic life.

Throughout his life Justice Bhagwati was deeply wedded to the cause of justice. Legal aid was very dear to his heart. He played a crucial role in promoting the legal aid movement. He was appointed chairman of the Legal Aid Committee established by the Government of Gujarat, and directed the first pilot project for free legal aid. Later he also served as chairman of the Gujarat Judicial Reforms Committee. In his many judgments delivered in the Supreme Court also he gave a visible space to the cause of legal aid through the unique tool of public interest litigation. Being a judge of the High Court of Gujarat, he was equally involved in many socio-cultural activities also. He was member of the Board of Studies of Universities of Bombay, Baroda, Gujarat and many others. He was also associated with Bharatiya Vidya Bhavan, Ahmedabad. During his chief justiceship in Gujarat, he also served as Acting Governor briefly in 1967 and 1973. He was a multi-faceted personality who graced many positions. Post-retirement, he held the office of the Chancellor of Sanskrit Vidyapeeth.

On 17th July 1973, Justice Bhagwati was sworn in as a judge of the Supreme Court of India during the Chief Justiceship of Justice A. N. Ray, a judge who was appointed as Chief Justice of India in April 1973 after supersession of three of his senior colleagues-Justices Shelat, Grover and Hegde. This is called the first judicial supersession in the judicial history of the country. In July 1985, Justice Bhagwati became the Chief Justice of India and was retired on 21 December 1986. Even post-retirement he was very active in arbitration and other social issues like education. He was also associated with many international human rights institutions.

Like other human beings Justice Bhagwati had also many ups and downs in his life. He delivered many judgments having far reaching impact on judicial system of the country. Some of his famous judgments are: Samsher Singh, Maneka Gandhi, Bachan Singh, ADM Jabalpur, Bandhua Mukti Morcha, E. P. Royappa, Hussainara Khatoon, Sunil Batra, Upendra Baxi, S. P. Gupta and so on. Some of his judgments gave him high name and fame not only in the country but overseas also while his judgment in the ADM Jabalpur case became a headache for him throughout his life. He was badly criticised by the media as well as the Bar for his anti-human rights judgment in the ADM Jabalpur case. After 35 years he apologised for his view in the ADM Jabalpur case. But it was a futile exercise. The judgment had already done an irreparable damage to our constitutional democracy.

It is pertinent to mention that the ADM Jabalpur judgment (Habeas Corpus case) is considered as a blot on the forehead of the Indian Supreme Court. Some people have labelled it a self-inflicted wound on the part of the Supreme Court of India. The judgment was delivered on 28 April 1976 when the National Emergency was in operation and the President of India had placed the Fundamental Rights of the people under suspension, on the advice of the Union Government headed by the then Prime Minister Mrs. Indira Gandhi as per Article 359 of the Constitution of India. It was only Justice H. R. Khanna who stood against the dictatorship and delivered a dissenting judgment for which he sacrificed the highest judicial office of the country. But his dissenting view made him a hero of the masses overnight. In that case the majority judges (Justices Ray, Beg, Chandrachud and Bhagwati) had held that during the operation of the Emergency no person can move a writ petition before a High Court or Supreme Court for Habeas Corpus on the ground that the order of detention is illegal or malafide. This judgment came as a weapon in the hands of government which crushed the human rights badly. It was a complete negation of the Rule of Law and human rights in a democratically governed country. The Supreme Court of India by a majority closed its door to the people and approved the anarchy and dictatorship. Later in a judgment (Bani Kant Das) even the Supreme Court of India itself criticised this judgment. Criticising the judgment renowned constitutional jurist Mr. H. M. Seervai said: “ The four judgments were delivered in the darkest hour of India’s history after independence, and they made the darkness complete...ordinary men and women would understand Satan saying ‘Evil be thou my good,’ but they were bewildered and perplexed to be told by four learned judges of the Supreme Court, that in substance, the founding fathers had written into the Emergency provisions of our Constitution ‘Lawlessness be thou our law’. Indeed, it is a highly justified criticism.

Leaving aside his controversial judgment in the ADM Jabalpur case, Justice Bhagwati delivered many judgments that protected human rights of the masses. Many of his judgments got international recognition. He relaxed the technical formalities in getting access to justice by introducing the unique tool of public interest litigation. He treated post cards and letters as writ petitions and gave relief to those who had no resources to approach the Supreme Court. Part 3 of the Constitution was engraved on his heart. Articles 32 and 226 of the Constitution were fully used for human welfare. The Directive Principles of State Policy were equally dear to his compassionate heart. Along with his colleague Justice Krishna Iyer he propounded a new school of jurisprudence based on human welfare. The path that he showed subsequently became a guiding factor for the entire judicial system of the country. The PIL has now become the part of our constitutional system. Thanks to our great justices like Mr. Bhagwati for devising this great tool of constitutional justice which has benefited millions of those who had no access to justice.

Judges come and go but Justice Bhagwati has left an indelible imprint on the judicial system of the country. He was a compassionate judge, a relief-giving judge having full compassion and commitment to the cause of justice. He was a strong supporter of judicial activism. He was truly a people’s judge. His judgments have made him immortal in the memory of legal fraternity. He had also been a member of U.N. Human Rights Committee. He was a religion-oriented judge who was deeply associated with Satya Saibaba Trust for a long time. Justice must reach all, was the lifetime mission of Justice Bhagwati. Let me sum up this tributary piece with the following scholarly words of Justice Krishna Iyer:

“Justice Bhagwati is not only a legal luminary but also a social activist spreading the glorious cultural heritage of our country. Justice Bhagwati’s writings reflect his deep sense of love and commitment to uphold the human rights as well as fundamental rights of the downtrodden and the underprivileged classes. His indepth knowledge of human rights stands him apart from other judges as a tower. He is a jewel among judges, lucid and excellent.”

Dr. Lokendra Malik  is practicing as an Advocate in the Supreme Court of India with former Union Law Minister Salman Khurshid. He did his Ph.D. in Indian Constitutional Law from Kurukshetra University, Kurukshetra and also earned the LL.D. (Post-doctoral) degree from the National Law School of India University, Bangalore.

[The opinions expressed in this article are the personal opinions of the author. The facts and opinions appearing in the article do not reflect the views of LiveLaw and LiveLaw does not assume any responsibility or liability for the same]
TagsADM Jabalpur judgment Former Chief Justice of India Gujarat Judicial Reforms Committee Justice Bhagwati Tribute Justice P.N Bhagwati Supreme Court of India
Next Story
Similar Posts
+ View more
Law Firms
+ More