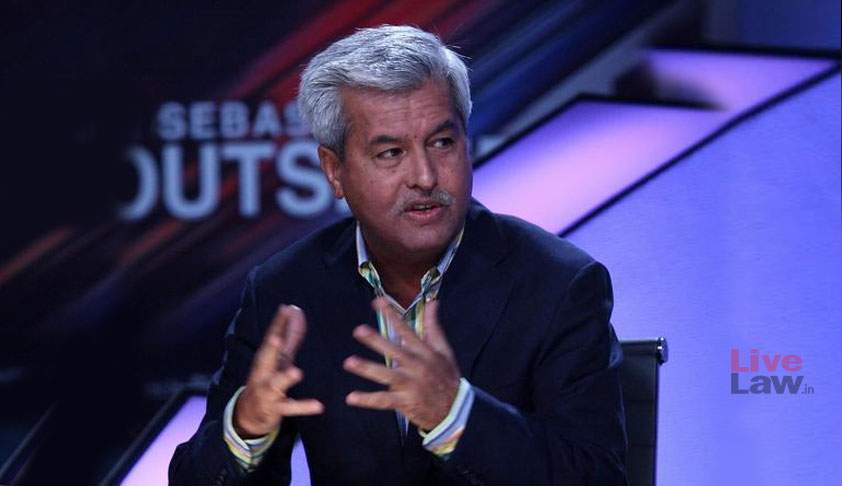 The Bar Council of India (BCI) has issued a show cause notice to Senior Advocate Dushyant Dave for his “derogatory comments and reckless remarks against the Chief Justice of India and the collegium”.

As per an official press release, the BCI has directed Mr. Dave to file his reply within four weeks, having decided to take further actions on receipt of his response.

“The Chairman of Bar Council of India has clarified that the Council may not agree with the decision of collegium with regard to Mr. Justice Jayant Patel and it may join hands with Gujarat High Court Advocates Association in the legal proceedings, but the baseless comments and statements of Mr. Dave on T.V. yesterday is an attempt to malign the image of judiciary and the Institution. The personal attack smacks of some personal vendetta against the Chief Justice of India which amounts to gross misconduct,” the release states.

The impugned remarks were made in response to Justice Jayant M. Patel’s resignation earlier this week, allegedly to protest his non-elevation as the Chief Justice of any High Court despite his seniority. While the issue of Justice Patel’s elevation has been brought up several times in the past, the final stroke seems to have been his transfer to Allahabad High Court, where he was to be the third senior-most Judge.

The resignation has invited strong reactions from the members of the legal community. The Gujarat High Court Advocates’ Association has resolved to petition the Supreme Court, challenging the decision to transfer the Judge. It has further decided to “raise larger issues viz. seeking full disclosure of the reasons of the collegiums of the Supreme Court and/or High Court with regard to the recommendations of the appointments, non-appointments, non-confirmations of HC Judge and/or elevations or non-elevation of a High Court Judge to Supreme Court or as Chief Justice of HC and for making full-fledged Judicial review available in such situations to the candidates concerned or the Bar Association in general”.

The Campaign for Judicial Accountability and Reforms (CJAR) has also condemned the decision to transfer Justice Jayant Patel to the Allahabad High Court. CJAR’s release had, in fact, raised “suspicions about political interference in judicial appointments since the Chief Justice of India seems to be acting at the behest of the central government.”

It had further made reference to Justice Patel’s order directing a CBI investigation into the controversial Ishrat Jahan fake encounter case and says that he is “being victimized for his courage and commitment to take on cases that went against the political establishment”.

Speaking to LiveLaw, Senior Counsel Dushyant Dave had also lent his support to Justice Patel and had said, “Justice Patel is an outstanding judge and human being. He was honest to core and very courageous. He stood firm for citizens, especially under privileged ones and sufferers of Government’s abuses. He did not buckle under pressure from the Government, especially Gujarat Government, then under Shri Narendra Modi. He deserved to be the Chief Justice of the HC and a Judge of the SC, perhaps more than many.

His victimization by the executive aided by the spineless collegium reflects state of the judiciary today. It is a very sad moment for all of us who love judiciary and the rule of law. I bow to him with folded hands and pray that his example opens eyes of those in power in executive and judiciary for a better nation.”

Mr. Dave had advocated for elevation of Justice Patel to the Supreme Court or as the Chief Justice of an important High Court in an article dated 16 March, 2017 published in The Wire as well. He had then written: